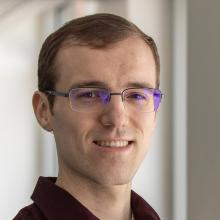 Joel Jaeger is a Research Associate in the Climate Program. He leads WRI’s global research on green and inclusive recovery from COVID-19, including tracking green stimulus, evaluating job creation opportunities, and analyzing the lessons learned from green stimulus in 2008-2009. He also does research on the economics of climate policy in the United States, including co-leading the America's New Climate Economy project, and tracks global progress on low-carbon technologies against climate goals.

Joel previously worked in communications for WRI's New Climate Economy project, contributing to the 2016 and 2018 New Climate Economy reports. During his studies at Johns Hopkins SAIS, he supported U.S. climate negotiators in the U.S. Department of State's Office of Global Change and did research on climate policy and electric vehicles for the Edison Electric Institute, the trade association of U.S. electric utilities. He has also worked as a journalist for the Inter Press Service at the United Nations headquarters and interned at the Council on Foreign Relations.

Joel holds a B.A. in Political Science from St. Olaf College and an M.A. in Energy, Resources, and Environment from the Johns Hopkins School of Advanced International Studies.