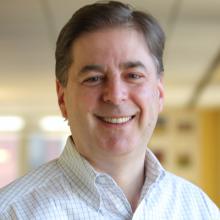 Tim Searchinger is a Senior Research Scholar at the Princeton School of Public and International Affairs and Senior Fellow at World Resources Institute, where he serves as technical director of its Food Program.

Searchinger's work combines ecology, agronomy and economics to analyze the challenge of how to feed a growing world population while reducing deforestation and greenhouse gas emissions from agriculture. His publications include multiple papers in Science and Nature addressing bioenergy, nitrogen pollution and the greenhouse implications of agriculture and land use change. He was the lead author of a comprehensive, detailed report describing these challenges and potential solutions called Creating a Sustainable Food Future, which was published in 2019 by WRI, the World Bank and the United Nations.

His research ranges from global analyses to projects in countries around the world including Colombia, Rwanda, Zambia, Vietnam and Denmark, and focuses both on issues of science and of public policy.

For the first part of his career, Searchinger worked as an environmental attorney, primarily at the Environmental Defense Fund, where he directed its work on agricultural policy, wetlands and restoration of several major aquatic ecosystems, and received a National Wetlands Protection Award from the U.S. Environmental Protection Agency. Searchinger has also been a fellow of the Smith School of Enterprise and Environment at Oxford University, a Transatlantic Fellow of the German Marshall Fund, a Senior Fellow of the Law and Environmental Policy Institute at Georgetown University Law Center, a special adviser to the Maryland government on the Chesapeake Bay, a Deputy General Counsel to Governor Robert P. Casey of Pennsylvania and a federal appellate law clerk. He holds a J.D. from Yale Law School where he was Senior Editor of the Yale Law Journal.