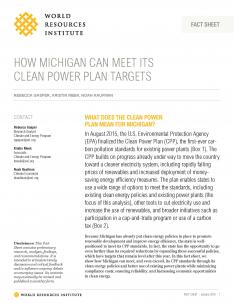 This fact sheet examines how Michigan can use its existing policies and infrastructure to meet its emission standards under the Clean Power Plan while minimizing compliance costs, ensuring reliability, and harnessing economic opportunities. Read about additional analyses in WRI's fact sheet series, How States Can Meet Their Clean Power Plan Targets.

Michigan is well-positioned to meet its CPP standards—it can get 98 percent of the reductions required under its mass-based emission target with its existing clean energy policies. Michigan can make up the small remaining gap, and even exceed its targets, by making better use of existing infrastructure:

Michigan can develop an implementation plan that maximizes the economic benefits to the state and achieves emission reductions cost-effectively by:

Michigan is in a strong position to comply with the Clean Power Plan while taking advantage of economic opportunities and maintaining grid reliability. Michigan’s clean energy policies are already cutting CO2 emissions and other harmful air pollution while saving money for the state’s residents. Michigan can meet its mass-based standard by continuing to implement these policies and making better use of existing infrastructure. Repealing or weakening these policies, as has recently been proposed, could make meeting the standards more difficult and expensive. But by expanding these policies, Michigan can scale up their benefits and achieve deeper reductions more cost-effectively. 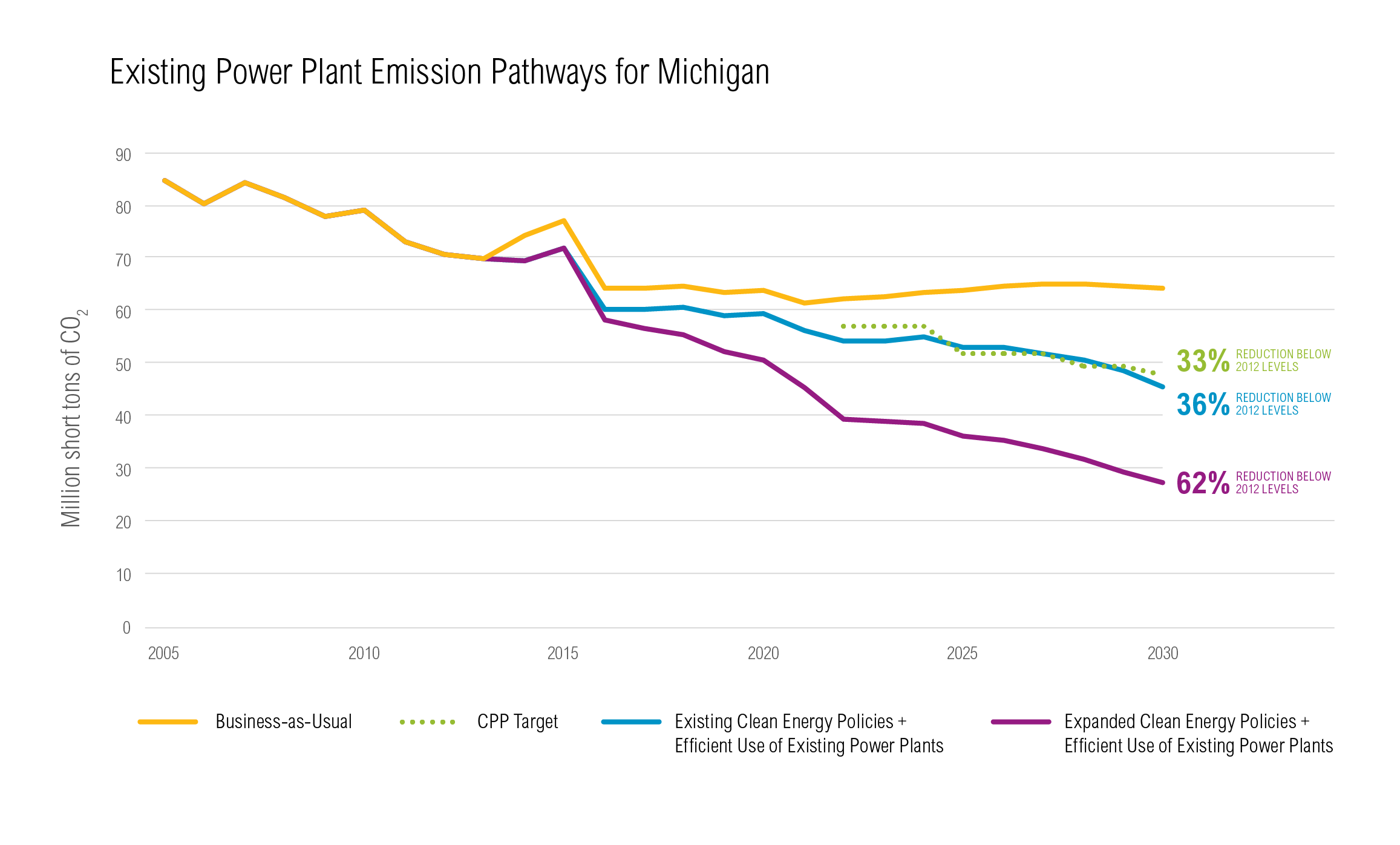