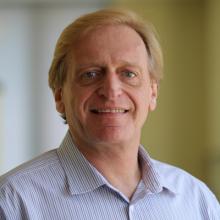 Charles “Chip” Barber is Director for Natural Resources Governance and Policy in WRI’s Global Forests Program. In that role he directs the Forest Legality Initiative, the Nature Crime Alliance, and serves as the Institute’s senior biodiversity advisor. He lives in Washington, D.C.

Chip came to WRI in 2014 after five years as Forest Division Chief in the U.S. Department of State. Prior to that he worked for five years as Environmental Advisor at the U.S. Agency for International Development (USAID).
Chip had previously worked for WRI from 1989 to 2001 on forest, biodiversity, and marine programs and from 1994 to 2001 was WRI’s first full-time overseas employee, based in the Philippines.