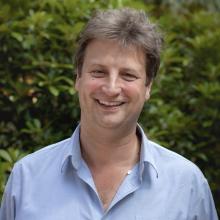 Edward Davey has two jobs at WRI. The first is Policy and International Engagement Director of the Food and Land Use Coalition (FOLU). Here, he advocates for global policy change on food and land use systems, working with national governments, international institutions and FOLU's Ambassadors. In this role, he served as an adviser to the UK government during its Presidency of COP26 and was involved in the preparation of the Glasgow Leaders Declaration on Forests and Land Use.

The second is as Co-Director of WRI UK, a joint role with Leo Horn-Phathanothai. In this role, Edward is responsible for the care of WRI UK's 50 staff, its relationship with the UK government, UK-based Board members and other key partners, as well as with WRI's royal patron, the former Prince of Wales, now King Charles III.

Edward lives in Lewes, in East Sussex, with his wife Davina, son Oliver, daughter Lara and chocolate Labrador, Rosie. He is the author of 'Given Half A Chance: Ten Ways to Save the World,' published in 2019.