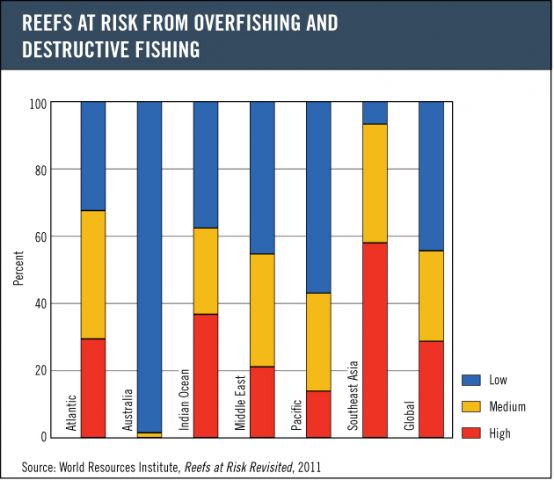 Unsustainable fishing is the most pervasive of all local threats to coral reefs. More than 55 percent of the world’s reefs are threatened by overfishing and/or destructive fishing, with nearly 30 percent considered highly threatened. Reefs in Southeast Asia are most at risk, with almost 95 percent of reefs affected. The model is conservative for many remote coral reefs since it focuses on the fishing practices of populations living adjacent to reefs. In reality, even many of the most remote coral reefs are now heavily fished, often illegally, for valuable “target species” such as sharks.

Reefs at Risk from Watershed-based Pollution