This paper compares the lifecycle greenhouse gas (GHG) costs of dairy production across 13 countries and pork production across 10 countries to obtain insights about what causes higher or lower emissions. It counts the GHG gas costs of land use by using carbon opportunity costs, a method that assigns fewer emissions based largely on how much land is used to produce a kilogram of milk or pork. Counting land use in this way both substantially increases the GHG costs of dairy and pork production and reduces the variability across countries compared to other LCA methods of counting land use.

This paper finds that differences in emissions across countries depend largely on feeding conversion efficiency and manure management methods and country temperatures (which influence manure emissions). For dairy, increased reliance on grazing tends to lead to higher GHG costs, for some countries causing much higher emissions, except for New Zealand, which has highly intensive grazing. Denmark, a particular focus here, is in the lowest tier of emitting-countries, but its results are very close to several other countries.

The similarity in emissions among developed agricultural countries implies that significantly reducing emissions in those countries going forward will require innovations rather than just adoption of methods already used in other countries.

This report had minority financial support by the Danish Agriculture and Food Council. 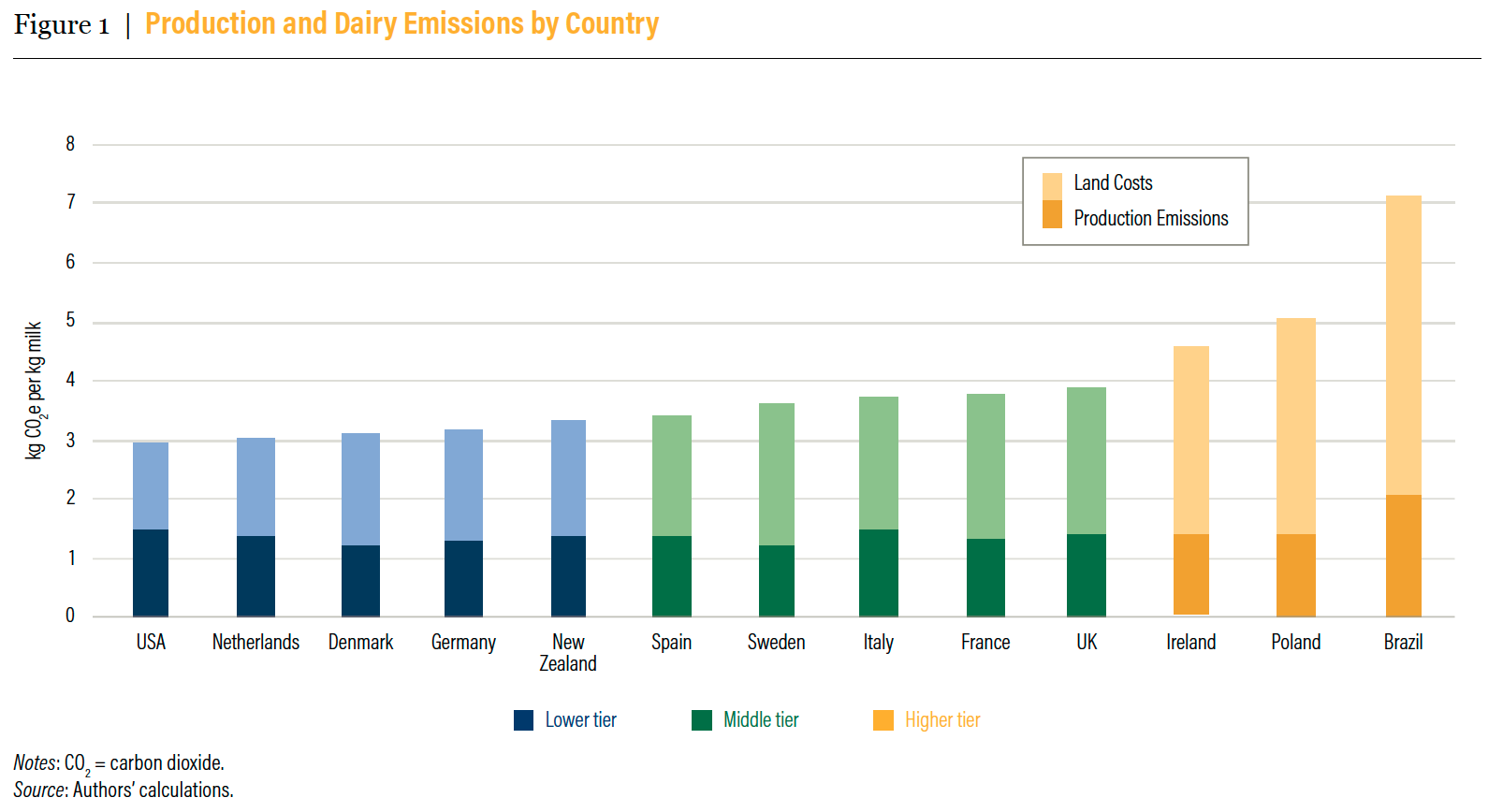 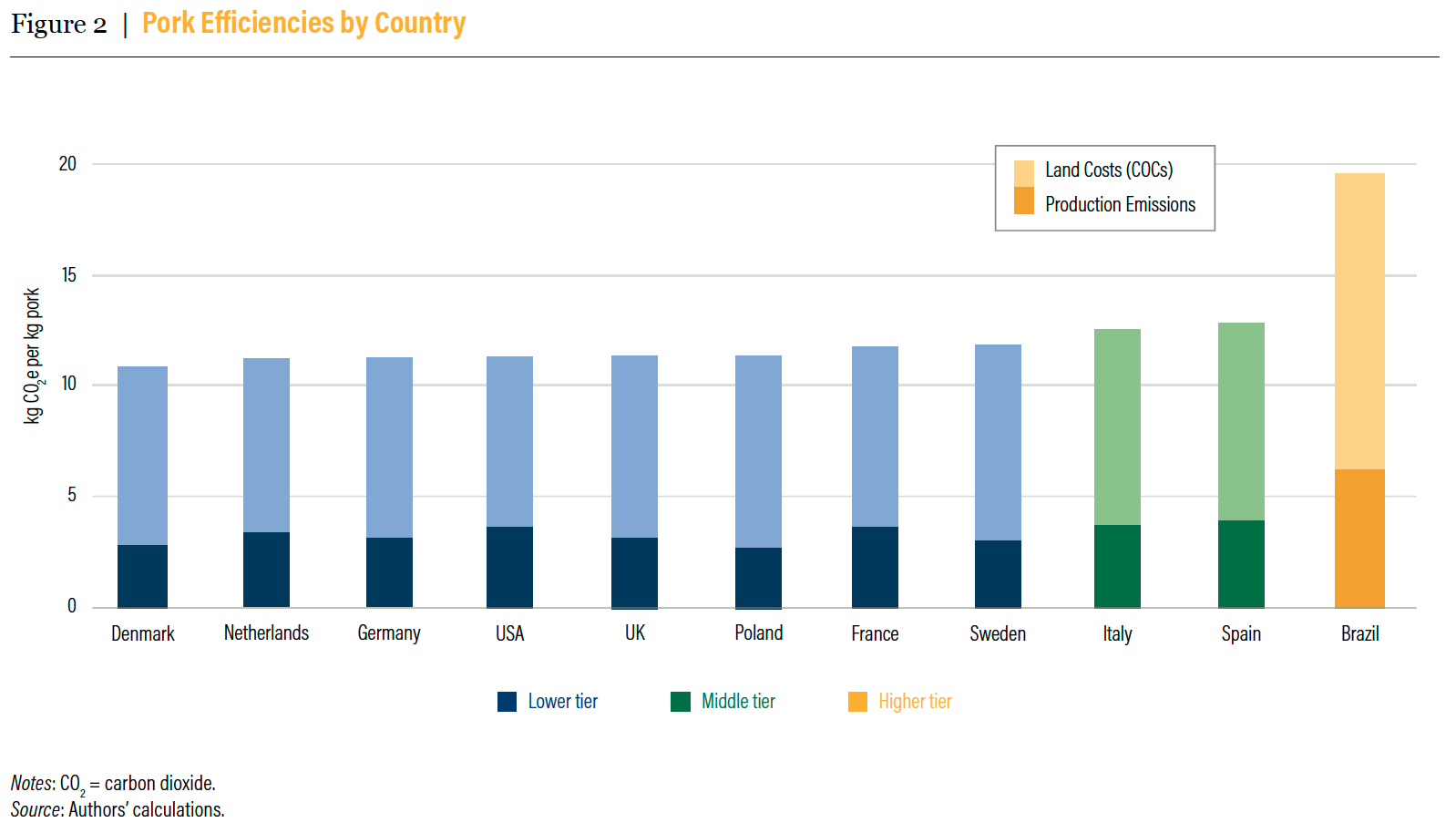