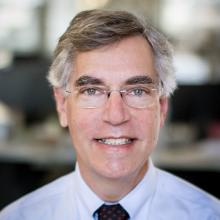 Dan Lashof is the Director of World Resources Institute, United States. He coordinates WRI’s work in the United States across climate, energy, food, forests, water and the sustainable cities programs. This includes overseeing the work of the U.S. climate team, which aims to catalyze and support climate action by states, cities, and businesses while laying the groundwork for federal action in the coming years.

Dan has been working to promote solutions to climate change for more than two decades. Before the World Resources Institute, Dan was the Chief Operating Officer of NextGen Policy Center and previously served as the Director of the Climate and Clean Air Program at the Natural Resources Defense Council.

His focus is developing federal and state regulations to place enforceable limits on carbon dioxide and other heat-trapping pollutants. He has participated in scientific assessments of global warming through the Intergovernmental Panel on Climate Change and has monitored international climate negotiations since their inception. He was a member of Governor McAuliffe’s Climate Change and Resiliency Update Commission, and has testified at numerous Congressional and California legislative hearings.

Dan earned his Bachelor's degree in Physics and Mathematics at Harvard and his Doctorate from the Energy and Resources Group at the University of California, Berkeley.

He and his wife now reside in Berkeley and they have three adult children.