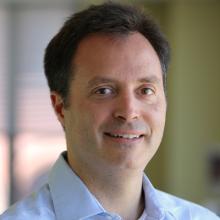 Alex Perera is Deputy Director of WRI's Energy Program and the Corporate Partnership Lead for Energy. Joining WRI in 2007, Alex has over 20 years of experience in energy policy, finance, and corporate energy strategy. He has built partnerships with the private sector to innovate and scale renewable energy procurement models in the United States, Asia, and Latin America. Prior to joining WRI, he helped found a company called Bigbelly Solar, a renewable energy company that developed solar powered trash compactors that helped cities reduce diesel fuel consumption from trash collection trucks. Alex was a Financial Analyst at the investment bank Bear, Stearns and Co. Inc. where he helped to structure over $1 billion in municipal financing in the utility sector. He has served as the Program Director for the New York Energy Efficiency Council, an organization that represented Energy Service Companies (ESCOs) in New York State electric deregulation proceedings.

Alex has an MBA from F.W. Olin Graduate School of Business at Babson College, and a BA from Boston University in Environmental Science, Economics, and French. He has written and co-authored numerous publications on corporate strategy and renewable energy. He is a watercolor painter and lives in Bethesda, MD with his wife and two children.