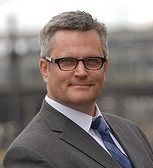 The World Resources Institute has appointed former Mayor of Portland, Oregon, Sam Adams as the new director of its U.S. Climate Initiative. Adams will lead WRI’s strategy to analyze and develop new policies, build political will and support coalitions that will encourage the country’s transition to a strong, low-carbon economy.

“Sam is a dynamic and savvy leader, who will invigorate U.S. climate activities at a critical time for the nation and planet,” said Dr. Andrew Steer, President & CEO, WRI. “As mayor, a member of the city council and chief of staff, Sam played a central role in making Portland one of the most livable and sustainable cities in the United States. We are excited to have his leadership to build support for national action that will address the climate challenge.”

As mayor, Adams ensured that sustainability was integrated across all city-level decisions by combining the sustainability office and city planning agency. He also led a coalition of government, business and labor leaders, along with neighborhood and environmental advocates, to create Portland’s Climate Action Plan and “We Build Green Cities” job creation and economic development strategy. According to the Portland Bureau of Planning and Sustainability, the city’s emissions were cut by 11 percent between 1990 and 2013, alongside significant population and economic growth.

“The United States should be a leader in climate actions that will reduce emissions, improve people’s lives and open economic opportunities,” Adams said. “I am thrilled to join such a highly respected organization, which fits squarely into my life goals and vision. I know firsthand how a group of smart and dedicated people can deliver change in the world and I am eager to join WRI’s team to develop practical solutions for people and the planet.”

Adams will be joining Jennifer Morgan, who leads WRI’s global climate team, and Kevin Kennedy, who is currently the director of the U.S. Climate Initiative. Kennedy will remain with WRI’s U.S. climate team as deputy director and research director.

“U.S. leadership on climate change will be essential to inspire greater action by the international community in the coming year—and beyond. Sam brings leadership and political savvy that will inspire action,” said Morgan. “Sam’s successful record and experience building coalitions in Portland will be extremely valuable as we strive to advance this critical work.”

“I am also deeply grateful to Kevin, who has done a tremendous job leading WRI’s U.S. Climate Initiative and has delivered many significant results with his deep analytical skills and management style. We are very fortunate that he will continue working with us — he and Sam will make a great team,” said Morgan.

Under Kennedy’s tenure, WRI’s U.S. Climate Initiative has released a number of widely noted publications, including “Can the U.S. Get There From Here?” a groundbreaking analysis of federal and state opportunities to reduce greenhouse gas emissions that helped influence the U.S. Climate Action Plan. The team also conducts analysis of climate impacts and the U.S. Environmental Protection Agency’s power plant standards, as well as provides objective information for U.S. policy makers about China’s climate and energy activities. The team has also recently begun analysis of options for pricing carbon, which will continue.