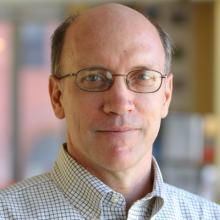 Prior to joining WRI, Kevin led the Office of Climate Change as Assistant Executive Officer at the California Air Resources Board (CARB). In this role, he oversaw implementation of the California Global Warming Solutions Act of 2006 (AB 32), including development of California’s cap-and-trade program and the range of other measures the state is using to reduce greenhouse gas emissions. Before joining CARB, Kevin worked for the California Energy Commission, including time as Special Advisor to Energy Commission Chairman Joseph Desmond and then to Commissioner Jeffrey D. Byron. While at the Energy Commission, he also managed the 2005 Integrated Energy Policy Report (IEPR) proceeding, which provided a comprehensive review of California’s energy policy.

Kevin holds a Ph.D. from the Energy and Resources Group at University of California, Berkeley, and has more than 20 years’ experience in energy and environmental policy.