4 Reasons to Be Hopeful About Forests at COP 21

World leaders will meet in Paris next week and hopefully forge a historic agreement to fight climate change. We will need every tool at our disposal, including sensible policies and new technologies for clean energy and transportation. But we also have to go back to our roots. Forests, which cover a third of the land on earth, are an often under-appreciated resource for helping to address climate change, ease poverty and secure a sustainable future.

Forests play a central role in the carbon cycle. When trees are cut down, not only do they cease to absorb carbon, but they release greenhouse gases as their biomass decomposes and underlying soil organic matter oxidizes. Deforestation accounts for at least 12 percent of human-caused CO2 emissions, the second-greatest source after burning fossil fuels. For many developing nations in the tropics, deforestation is the largest source of emissions. This is especially true when forests or carbon-rich peat soils are burned. In Indonesia recently, fires set to clear land for agriculture have generated emissions exceeding the average daily emissions from all U.S. economic activity.

However, forests don’t always figure into climate negotiations as prominently as they should. Many countries have included forest management in their proposed climate commitments, but several (like Russia) lack specifics or a proven track record of good forest carbon management. Other countries, like Indonesia, have ambitious goals to reduce deforestation, but may struggle to do so without financial support from richer countries.

But hope springs eternal, and there are reasons to be optimistic about forests at Paris.

First, bold countries and their leaders have proven that it is possible to turn the corner on deforestation. Brazil has reduced forest loss by a stunning 70 percent in the Amazon since 2004 through a combination of improved sustainability policies for soy and beef production, better land rights for indigenous communities, and robust law enforcement supported by satellite monitoring. Tools like Global Forest Watch are now bringing the same satellite-based technology to all the world’s forests on a free, online, interactive platform. The Paris conference will see the launch of GFW Climate, which will link data on tropical forest deforestation and greenhouse gas emissions, showing how and where we should invest to keep carbon in forests and how well we’re all doing.

Second, WRI analysis shows that local and indigenous communities are effective managers of forest carbon, and securing local land and resource rights can bring substantial economic benefits. In Brazil, it costs only US$1.57 per hectare (ha) annually to provide communities with secure rights to their forests, while the resulting carbon-mitigation benefits are worth $38/ha to $230/ha per year. For the Brazilian Amazon, that adds up to $162 billion to $194 billion in benefits over 20 years. The scale is also significant- globally, communities have legal rights to about one-eighth of the world’s forests. 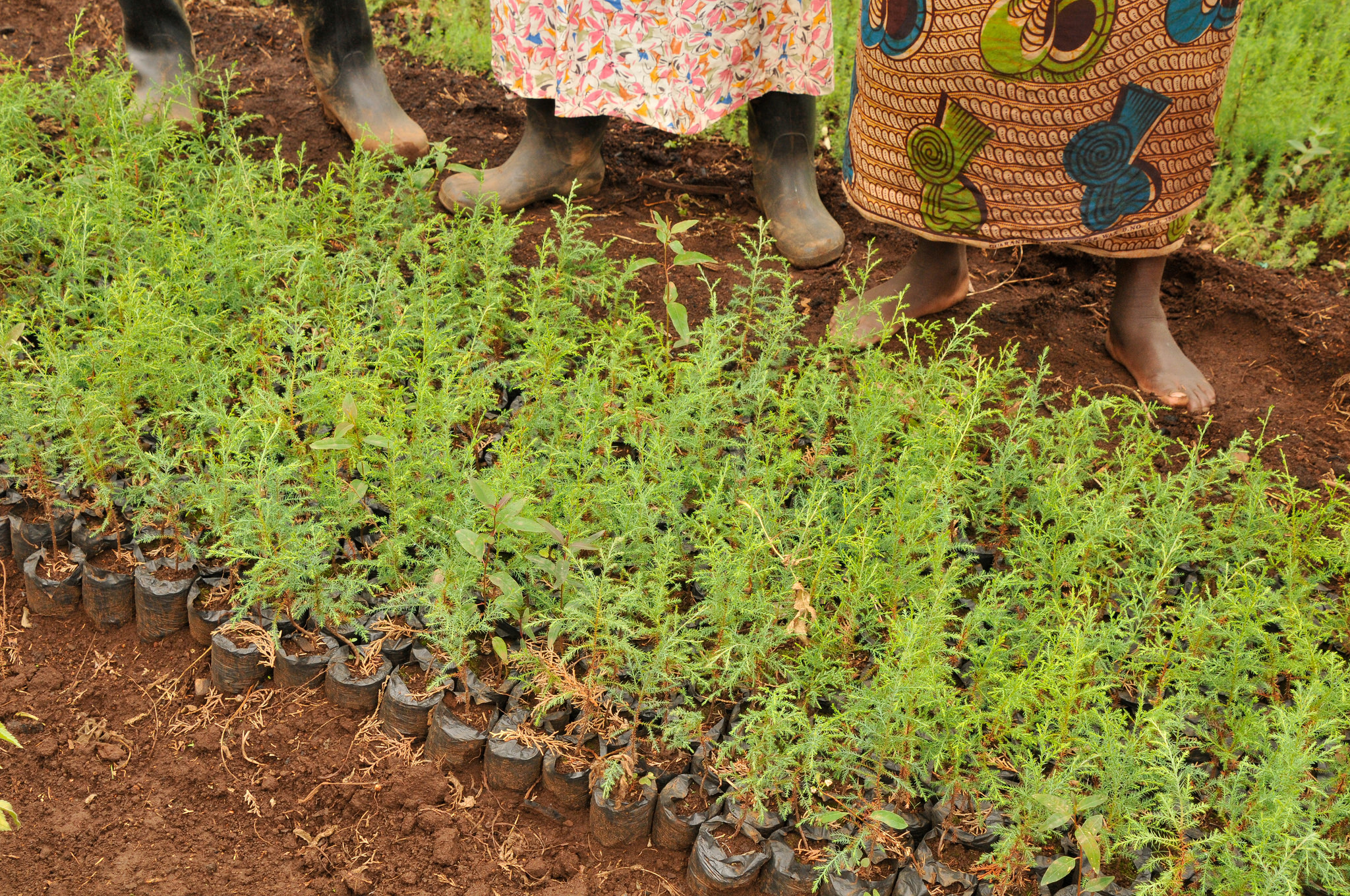 Restoration holds the promise of both sequestering carbon and improving livelihoods, as illustrated at this tree nursery in Kenya . Image credit: Aaron Minnick/ WRI

Third, the money is starting to fall into place. Brazil’s success was helped along by billion-dollar partnerships with Norway, Germany and other donor countries. Similar partnerships are underway in Indonesia, Guyana, Peru, Colombia, Liberia, as well as many provinces and local projects. Some of these deals are on a country-to-country basis, others are tied into carbon markets through REDD+ (a scheme for reducing emissions from deforestation and forest degradation). Far more money is needed though, to start having impact at the scale we need.

Finally, and most inspiring, countries and communities are starting to bring forests back. Forest restoration in Tigray, Ethiopia, has turned a once famine-prone region into a breadbasket, generating significant benefits for agriculture through soil improvement and water retention. WRI analysis shows approximately 2 billion hectares of the world's deforested and degraded lands, an area twice the size of China, show potential for some form of restoration. Restoring a mere 150 million hectares by 2020 could help feed 200 million people, raise as much as $40 billion annually, and reduce greenhouse-gas emissions (though it should be noted that restoration is not a substitution for avoiding deforestation). Nine Latin American countries and organizations pledged a collective 20 million hectares for restoration at the last climate conference; this year we could see even more, supported by additional financial investment. We will also see the emergence of a major restoration initiative in Africa, the continent with the greatest area of restoration opportunity and greatest need to address food and water security as well as poverty.

The Paris climate conference is a key moment. Countries should consider land use, agriculture, and forest management in their climate commitments—with robust targets for improved management, conservation and restoration—and not simply rely on existing forests as a carbon sink to offset emissions in other sectors. Companies that impact forests with agriculture and commodity supply chains should join the wave of zero-deforestation commitments, or showcase their progress and share lessons learned. Investors should do the same, and also consider putting their money into landscape restoration, which can deliver substantial long-term returns. The climate community should also acknowledge and account for the wider benefits of forests beyond sequestering carbon, for example livelihoods, water and soil health, support for agriculture, biodiversity, and much more.

Whatever the final agreement in Paris, it is guaranteed to be a stepping stone on a much longer road to a secure and sustainable future. With an eye on forests, we can make sure that path is a green and prosperous one as well.

An abbreviated version of this blog post also appears in Geographical Magazine.

Forests Are in the Paris Agreement! Now What?

COP21: Heading into Week 2, Things Are Starting to Get Interesting