As President Obama traveled to Ethiopia this week for meetings about security, human rights, and to visit the African Union headquarters in Addis Ababa, most people likely conjured up images of the country from the 1980s—a land ravaged by drought and famine. July 13, 2015 marked the 30th anniversary of the Live Aid concert for Ethiopia organized by Bob Geldof to mobilize funding for famine relief.

What most people probably don’t know is that Ethiopia has made significant progress during the last 20 years in restoring its degraded lands and improving its food and water security. According to Belgian and Ethiopian researchers,” Northern Ethiopia is now greener than it has ever been during the last 145 years,” and “human investments have overridden the impacts of climate change.”

A new documentary, Ethiopia Rising: Red Terror to Green Revolution, co-funded by WRI and made by award-winning UK filmmaker Mark Dodd, tells the story of how Ethiopia’s people restored vast areas of degraded land to productivity. Their story offers inspiration for other countries facing degraded soils, famine and climate change.

Shortly after the overthrow of the Marxist regime in 1991, the regional government of Tigray launched a major land restoration campaign implemented with the support of village communities and donor agencies such as the World Bank, USAID, German Development Cooperation, World Food Programme and others. With support from government, farmers stopped using very degraded land for grazing and collection of firewood in order to allow trees and shrubs to naturally regenerate. This effort was combined with tree-planting.

At the same time, farmers also constructed stone bunds and terraces on steep slopes, which forced rainfall and runoff to infiltrate soil rather than rushing down hills and causing erosion and flooding downstream. This helped groundwater recharge in valleys, which allowed people to dig shallow wells that they could use to irrigate crops and fruit trees during the dry season. 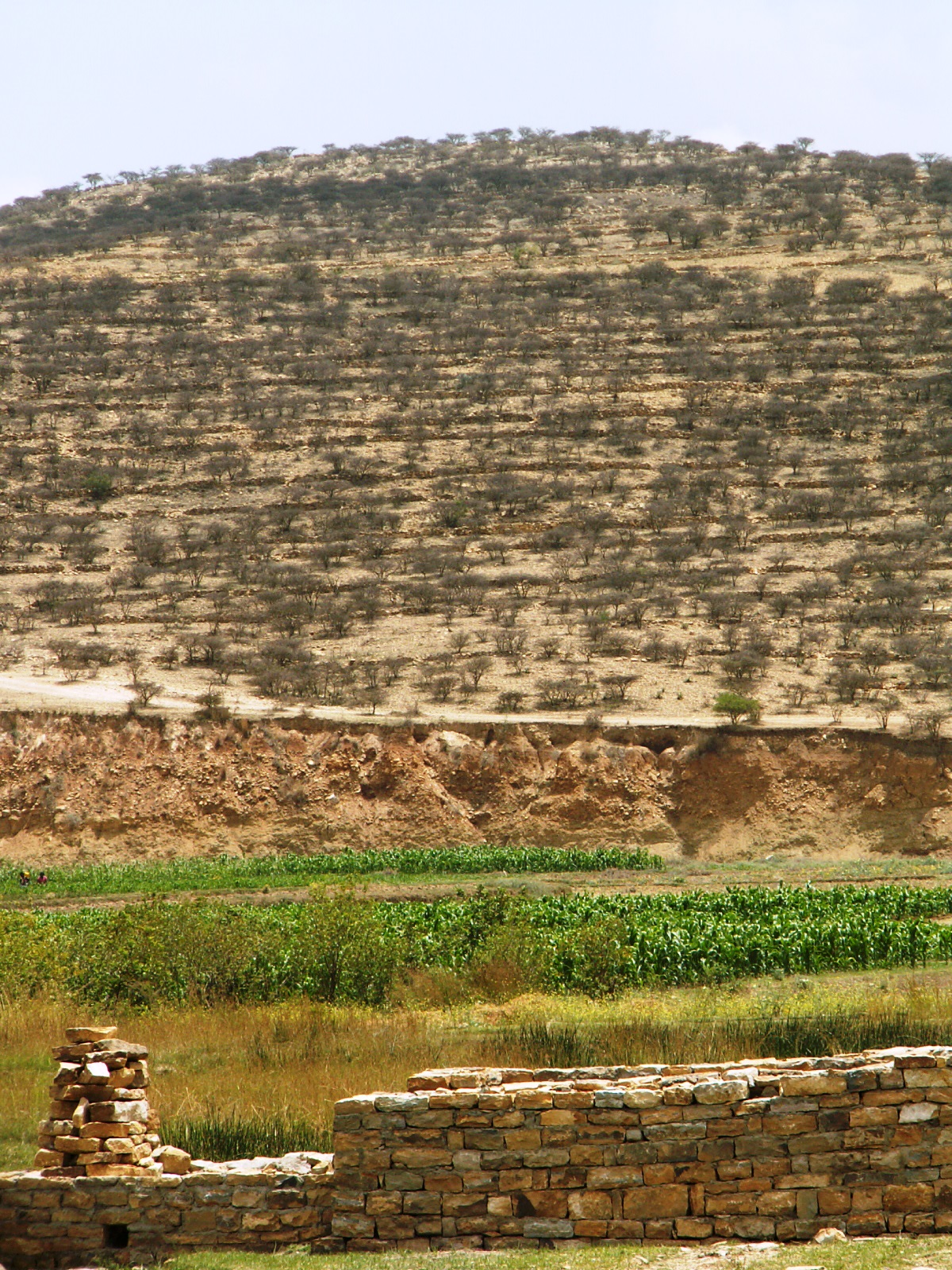 Stone bunds and terracing allow rainwater to infiltrate slops and support irrigation in the valleys. Photo by Chris Reij/WRI

More than one million hectares of degraded agricultural and forest land has been restored in East and Central Tigray alone. What makes it even more remarkable is that it’s happened under harsh conditions, such as steep slopes and shallow soils. It is estimated that the people of Tigray have moved at least 90 million tons of soil and rocks by hand to reshape their landscapes. 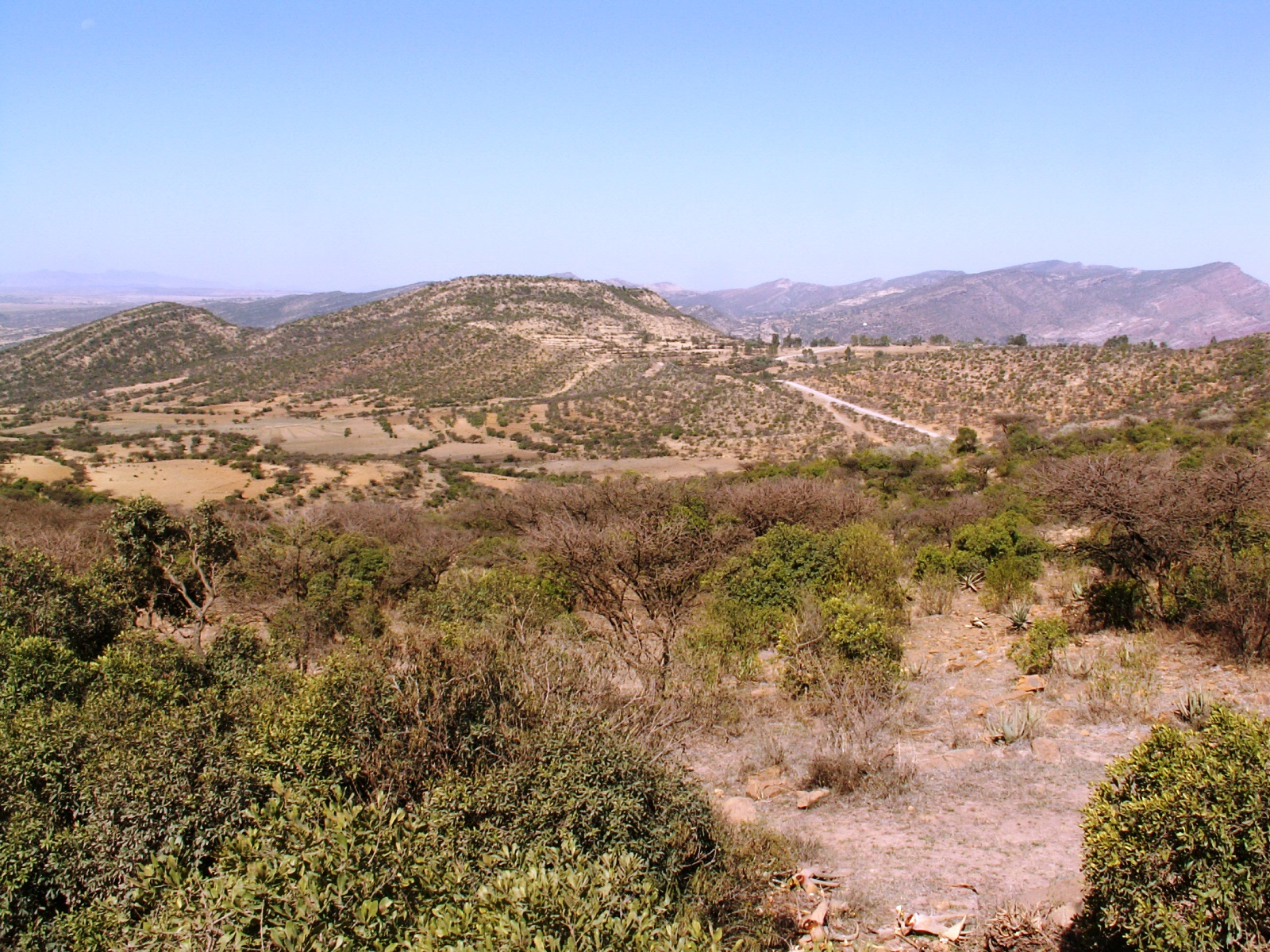 Northern Ethiopia is greener than it has been in the past 145 years. Photo by Chris Reij/WRI

It’s had tremendous results. Whereas Tigray only had about 40 hectares (99 acres) of irrigated land in the mid-1990s, it now irrigates almost 40,000 hectares (99,000 acres). In 2007, Tigray became self-sufficient in food production, which can to a significant degree be attributed to the large-scale restoration efforts. In 2000, Tigray was the poorest region of Ethiopia, with 61.4 percent of its population living below the national poverty line. According to the World Bank Ethiopia Poverty Assessment 2014, this percentage had dropped steeply to 31.8 percent in 2011, which is close to the national average of 31 percent. 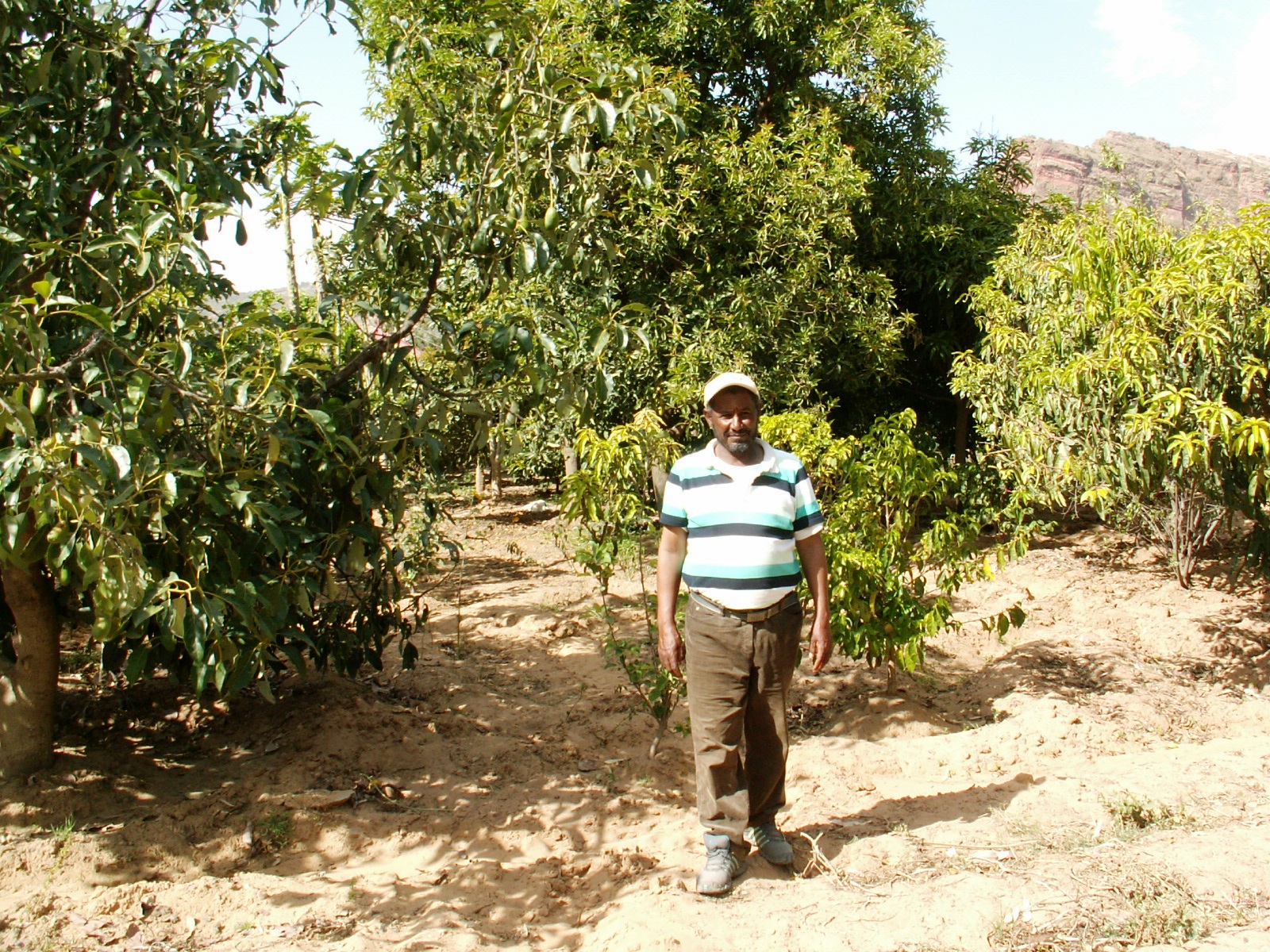 And the country doesn’t plan to stop there. Ethiopia’s national government committed to restore an additional 15 million hectares of degraded lands by 2025, as part of its Climate-Resilient Green Economy strategy and the international Bonn Challenge.

President Obama’s visit may have drawn attention to an often overlooked nation, but it shouldn’t stop there. Many world conferences will be held in the remaining months of this year—on climate change, Sustainable Development Goals, forestry, desertification and more. Participants may draw inspiration from Ethiopia’s story, which shows what’s possible when communities, governments and NGOs come together to breathe fresh life into village lands.