Earlier this year, Occidental Petroleum announced plans to draw half a million tons of carbon dioxide (CO2) out of the atmosphere each year with Carbon Engineering's "direct air capture" technology. Occidental will then pump that CO2 into its oil fields in Texas, where it will release trapped oil and increase production. The pumped CO2 will remain stored underground.

On its face, boosting oil production seems counterproductive: To limit global temperature rise to 1.5 degrees C (2.7 degrees F) and prevent the worst climate impacts, the Intergovernmental Panel on Climate Change (IPCC) tells us we need to cut oil consumption roughly 40-80% by 2050. Can pumping CO2 into the ground to extract more oil actually help in the fight against climate change?

Climate models show that removing CO2 from the atmosphere at a large scale will be critical for limiting global warming to 1.5 or even 2 degrees C. But first, we need to develop the technology further and lower its cost enough to scale it around the world. Right now, coupling direct air capture with enhanced oil recovery (known together as CO2-EOR) is the most economically viable strategy to do this.

CO2-EOR, largely overlooked to date, could also be a powerful strategy to reduce emissions from oil consumption until the world completes the transition to clean energy. Under the right conditions it is even possible to achieve net CO2 removal from the atmosphere by combining direct air capture with CO2-EOR. But whether this technology will reduce net emissions depends on several key factors, which we discuss below.

What Is Direct Air Capture and Why Does It Matter?

Direct air capture is a chemical scrubbing process that directly removes CO2 from the outside air. Most climate models indicate the world will need to be removing several billion tons of CO2 from the atmosphere each year by 2050—as much as double the current annual emissions of the United States—in order to stabilize global temperature rise to 1.5 or 2 degrees C.

A recent study examining least-cost pathways for doing so found that direct air capture makes the task much easier—significantly lowering the marginal cost of achieving either temperature target according to the preliminary models used for this analysis. Although direct air capture is just one of several ways to remove CO2 from the atmosphere, the technology is easier to scale up than other options identified to date. The authors warn, however, that these preliminary results should not be used as an excuse to slow down investment in clean energy or other carbon removal options, like restoring forests or using soil to store carbon. 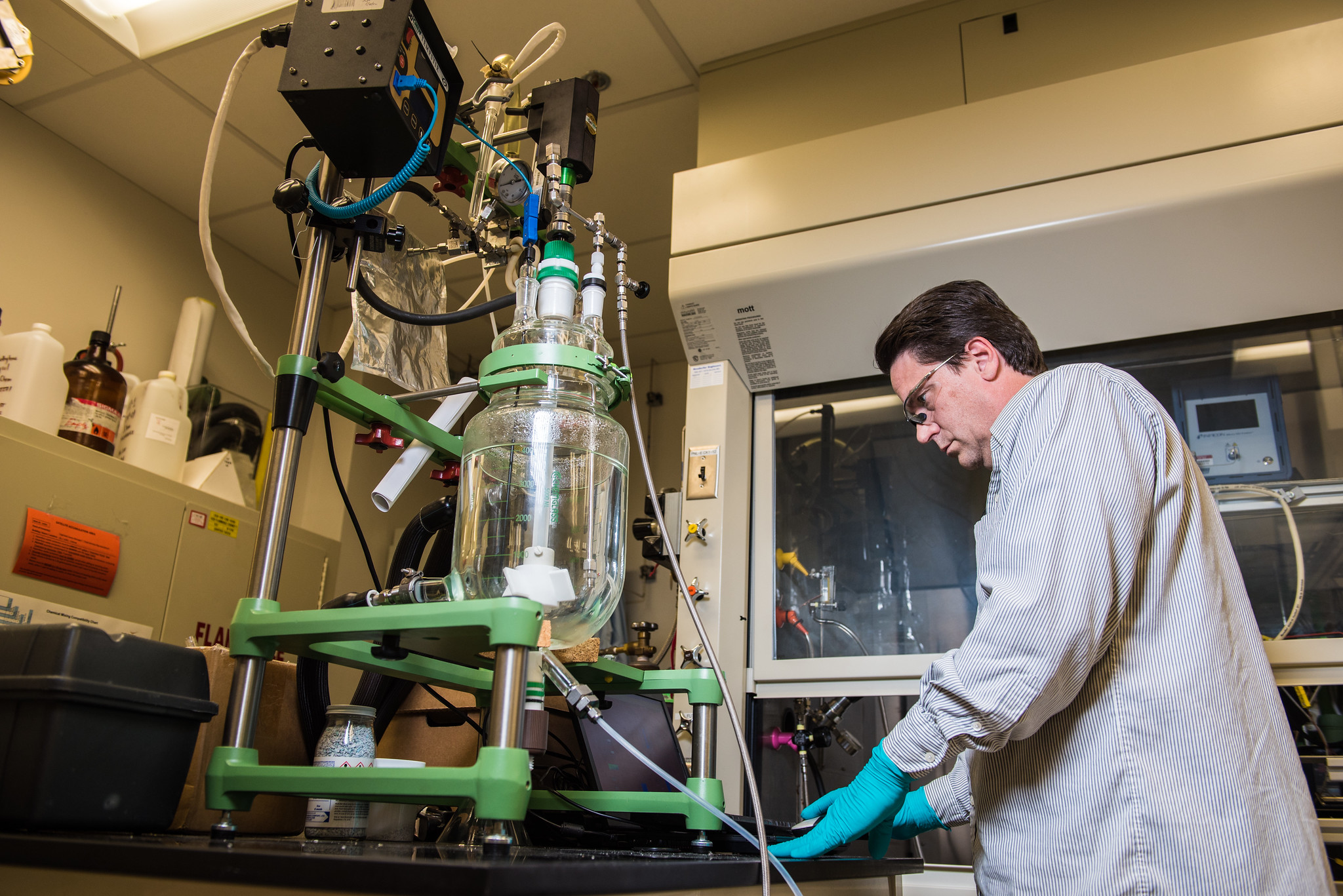 A scientist works on chemicals that can capture CO2 from the air. Photo by U.S. Department of Energy/Flickr.

What Does Direct Air Capture Have to Do With Oil?

With an adequate price on carbon emissions or subsidies for carbon removal, it would be economic to use direct air capture to pull CO2 from the atmosphere and simply store it underground. But existing federal policy incentives in the United States are not enough to support the cost of direct air capture and storage. Like with any new technology, the direct air capture industry will need years to drive costs down by gaining manufacturing experience, accumulating many minor innovations over time, and standardizing supply chains.

Enter enhanced oil recovery, which is the most economically attractive way to use captured CO2 today. Other markets for CO2 will emerge but today's markets, like carbonated beverages, are relatively small. The National Academies of Sciences have said the cost of existing direct air capture technology could fall from several hundred dollars per ton of CO2 to about $100 per ton. Each ton of captured CO2 can be used to produce as much as two to three barrels of oil. At today's $60 per barrel, the process might even pay for itself—and the federal government offers an additional $35 per ton tax credit for CO2-EOR.

In sum, deploying direct air capture in the near-term is critical if the technology is going to be affordable at a truly large scale in the coming decades. Enhanced oil recovery is the most economic way to do that until the federal government puts a price on carbon emissions, and/or substantially increases the tax credit for CO2 storage.

How Does CO2-EOR Fit Into the Transition Away From Oil?

Reducing oil consumption as quickly as possible is imperative for stabilizing the climate—as well as improving public and environmental health. Electric vehicles in particular will play a critical role in weaning the global economy from oil. But it won't happen overnight. Even after all new vehicle sales are electric, it could take a couple of decades to swap out older vehicles that run on gasoline. IPCC modeling shows that by 2050, oil consumption will be substantially reduced, but we will still be using a considerable amount, even in pathways consistent with 1.5 degrees C.

In other words, even with ambitious climate action, the world will consume a lot of oil between today and the day we finally go fossil-fuel free. CO2-EOR can reduce our net emissions until the world fully transitions to clean energy.

What Are the Net Emissions From Using Direct Air Capture With CO2-EOR?

A CO2-EOR operation typically produces three barrels of oil per ton of CO2 injected. Each barrel of oil contains enough carbon to produce about half a ton of carbon dioxide when combusted. That means one ton of CO2 goes in for every 1.5 tons that come out, so the net emissions are reduced by two-thirds compared to conventional oil production. Changes to EOR operations to maximize CO2 injected per barrel extracted could even result in net-zero emissions.

Achieving these net emissions reductions requires powering the air capture and oil production operation with carbon-free energy such as renewables or waste heat. Some facilities are set up to run partly on natural gas, and capture emissions from the gas along with ambient CO2. This is a viable strategy for direct air capture if the CO2 is simply stored, but in oil recovery operations, a larger portion of injected CO2 that wasn't removed from the atmosphere will affect the balance between CO2 removed vs. emitted from the produced oil.

Carbon Engineering's technology captures as much as half a ton of CO2 from natural gas combustion for every one ton removed from the atmosphere. In this case, one ton of air-captured CO2 goes into the oil field, along with half a ton of gas-captured CO2, and 2.25 tons come out. This diminishes the net emissions reduction to 40% compared to conventional oil production. The other critical question is how much oil produced with CO2-EOR will displace oil that would have been produced elsewhere. The International Energy Agency estimated that eight of every 10 barrels of CO2-EOR oil will displace oil that would have been produced anyway. The other two barrels would not have been produced otherwise, further reducing the net emissions reduction from 40% to one-third.

This displacement rate is uncertain and may change over time. If the rate lowers to five out of 10 barrels, the net emissions reduction from CO2-EOR disappears. The displacement rate depends on the response of other producers and consumers to changes in the price of oil—additional production would likely reduce oil prices and may increase demand. Today, demand for oil is relatively inelastic due to a lack of alternatives for consumers. But as electric vehicles and public transportation become more available, consumers may respond more readily to changes in oil prices. This underscores the need for carbon pricing to ensure consumers switch to cleaner technologies despite the marginal effects of increased oil production on oil prices.

It's also worth noting that the predominant CO2-EOR practice today is to pump natural CO2 out of underground deposits for injection into oil fields. Replacing this practice with direct air capture will provide a significant net emissions reduction, no matter the oil's displacement rate. The carbon intensity of the displaced oil also matters—if CO2-EOR displaces production of more emissions-intensive oil, such as tar sands, its net effect will be greater than if it displaces production of light crude oil. 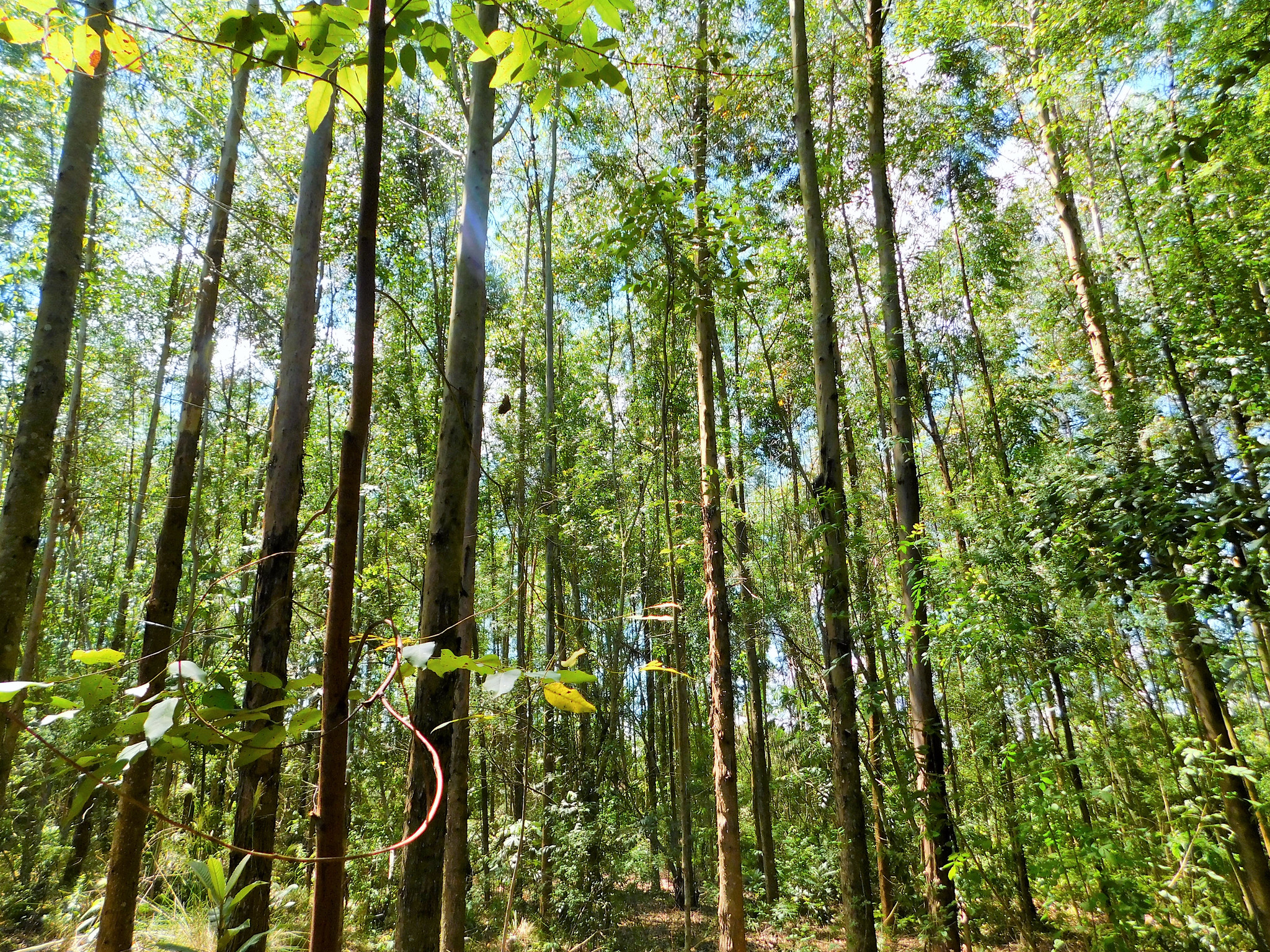 CO2-EOR with direct air capture has great promise as an interim strategy to scale up the technology, but it needs to be part of a larger effort to bring global emissions to net zero by mid-century. Policies promoting renewable energy to power direct air capture for CO2-EOR, and encouraging facilities to maximize the CO2 removed and stored per barrel of oil produced, would underpin significant reductions in net emissions from oil. Above all, pricing carbon, eliminating subsidies for fossil fuels, investing in electric vehicles and enacting other policies to reduce oil demand will be critical both to realize the potential emissions reductions from CO2-EOR and to ensure the world transitions off of oil and other polluting fuels as quickly as possible.