Whether the world’s twenty largest economies embrace responsible climate action is of critical importance, given they account for roughly 80 percent of global greenhouse gas emissions and global GDP. In this G20 Climate Progress blog series, WRI researchers and partners examine the strides these countries are making and the challenges they have yet to overcome.

Article 4.19 of the Paris Agreement urges all Parties to "strive to formulate and communicate long-term low greenhouse gas emission development strategies" by 2020.

"Long-term strategies" are documents that detail how, in practice, a country will achieve a national 2050 vision for decarbonization and development.

However, given the urgency of the climate crisis as well as the wealth of existing policies and actions underway to promote achievement of shorter-term goals, a looming query emerges: Can long-term planning really support the implementation of tangible action now?

In 2008, the United Kingdom became the first country to legislate a long-term, binding target for cutting greenhouse gas emissions. That legislation has helped the U.K. cut emissions faster than any other G7 nation since its enactment.

Now, it is one of the first countries to have adopted a comprehensive long-term strategy. The relationship between these two agenda-setting actions shows that planning for tomorrow can galvanize and guide action today.

To begin, it is useful to consider an example of one of the early stages in the U.K.'s long-term strategy development process – the crafting of its far-sighted target. This target was legislated in the country's 2008 Climate Change Act, which set a goal of reducing greenhouse gas emissions by at least 80 percent by 2050, relative to a base year of 1990.

The Act has been instrumental in advancing economical climate action over the past decade. Among other notable achievements, the share of low-carbon power generation increased from 20 percent in 2008 to 45 percent in 2016, while costs of energy bills for typical households fell.

Notably, the Act aligns near- and long-term planning with a set of "legally-binding carbon budgets" that serve as shorter-term stepping stones on the path to achieving the U.K.'s 2050 vision. These mechanisms cap the amount of greenhouse gases that can be emitted by the U.K. over five-year periods and obligate the Government to enact polices to meet the budget.

In other words, each present-day action should be guided by the pre-determined vision for the future. This incentivizes innovation and pushes the country towards investment in infrastructure that doesn't contradict the country's long-term goals for climate mitigation and adaptation.

(The U.K. met its first two carbon budgets and is on track to beat its third (2018-22). However, it is facing challenges in meeting its upcoming fourth and fifth budgets, (primarily related to growing emissions in the transport and building sectors). The relation of the present and the future of mitigation and resilience planning is a technique that will be integral in guiding the nation back on track.) 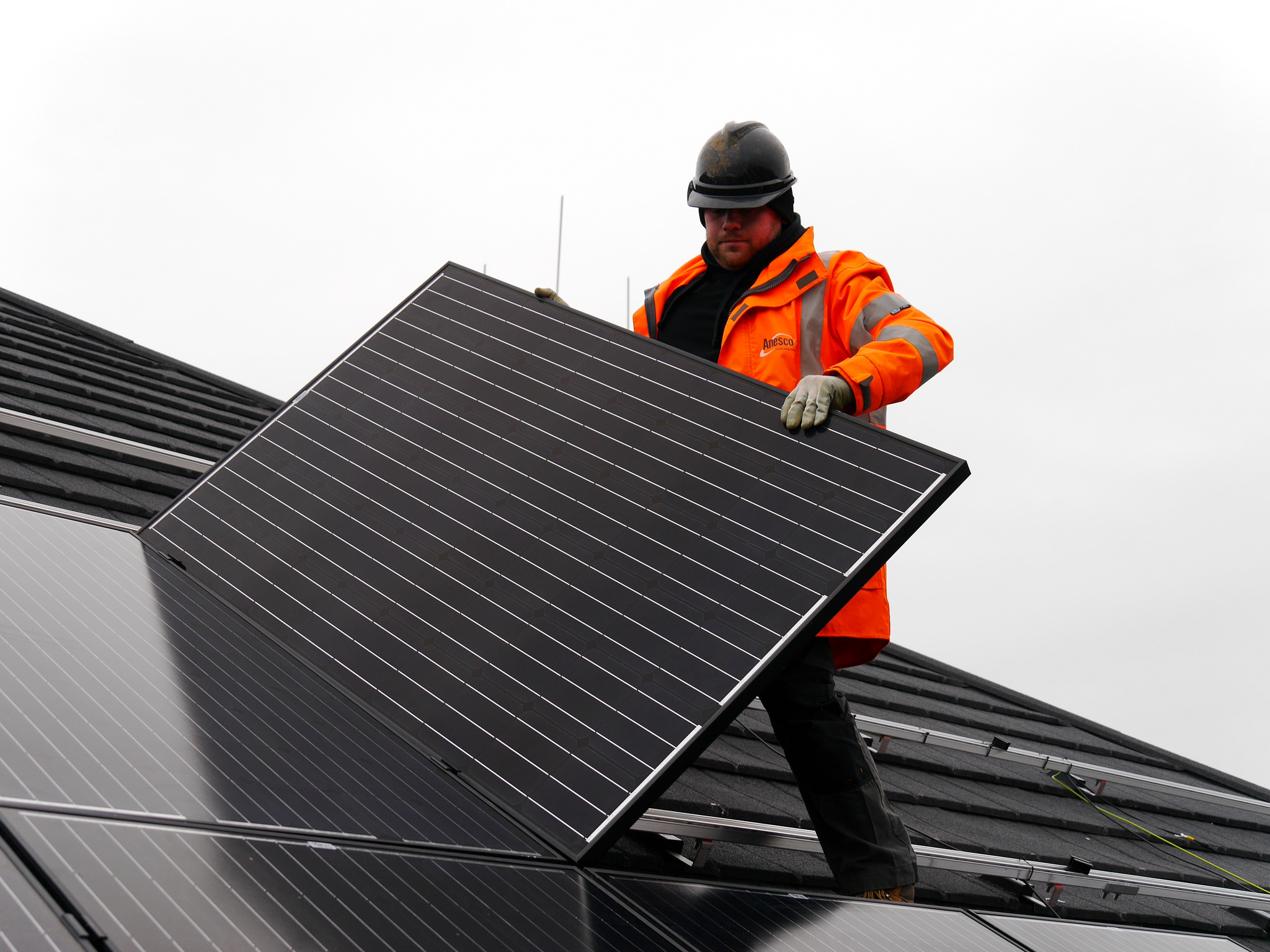 Ten years later, in April of this year, the United Kingdom took the next long-term leap by submitting its official long-term strategy to the UNFCCC in accordance with the Paris Agreement's invitation to do so by 2020.

The strategy is guided by the long-term emission reductions goal established in the preceding Climate Change Act and emphasizes the importance of temporal alignment of near-term action with long-term goals (although the U.K. Government acknowledges that some of the ambitions in the strategy do still need to be translated more concretely into firm measures).

In addition to confirming the enactment of subsequent carbon budgets that will further guide the U.K. to their 2050 goal, the long-term strategy includes commitments to build models that use future projections to influence planning today and to promote intersectoral cooperation. The strategy is also a living document that is built to evolve as parameters change (for example, near-term actions will need to be accelerated as the 80 percent reduction goal may soon be tightened and the U.K. considers its role in the effort to achieve global net zero emissions).

The long-term strategies project—developed in partnership between WRI and UNDP, working closely with the UNFCCC—is publishing a series of short essays from senior experts and practitioners to gather key insights into topics relevant to the long-term strategy development process. Aligning near- and medium-term plans with the long-term goals of the Paris Agreement is one such topic. These perspectives help to shed more light on how near- and long-term planning can be coordinated in unison. Important tricks in the alignment toolbox that the essay authors offer include:

A long-term approach to climate planning is crucial to enacting operative policy. Without this far-sightedness, there is increased risk of locking in inefficient, unsustainable, high-emissions, and climate-vulnerable trajectories while simultaneously eroding development gains that have been achieved to date. Furthermore, a long-term strategy can prevent the construction of inefficient carbon-intensive infrastructure, can send secure investment signals to the private sector, and may be less impeded by political objection that has bogged down nearer-term tactics in some countries around the world.

Countries embarking on this far-sighted endeavor can learn from the United Kingdom's approach over the last ten years. Indeed, France is already following the United Kingdom's leading example in the contents and implementation of their own long-term low greenhouse gas emission development strategy.

There does not need to be a trade-off between long-term planning and present-day action. To the contrary, temporal alignment can play a role in maximizing global progress toward a low-carbon and sustainable future.