I recently attended a presentation by a company that provides data services to government agencies, ostensibly to help them discover insights in the information they collect and release to the public.  I couldn’t resist asking an obvious question: “Are your government clients actually using their data to inform their own policies and decisions?” Answer: “Not so much, but hey, no worries, the data they release is used by interest groups, lobbyists, trade associations and others to influence them from the outside.” The 1950s classic, How to Lie with Statistics, flashed across my mind.

The answer was deeply unsettling for me, since here at WRI we take great pride in our identity as a global research organization that advances data- and evidence-based policies to protect the planet and improve human well-being. Is there anyone out there these days interested in objective, data-driven analysis and policy recommendations?

Thankfully, the evidence suggests the answer is a resounding “yes.”

On Saturday, April 22—appropriately, Earth Day—the March for Science will bring together thousands of scientists and their supporters in Washington, D.C. and at more than 500 satellite marches across the United States and around the world to champion “robustly funded and publicly communicated science as a pillar of human freedom and prosperity.”

The March for Science is one that WRI’s founders would fully endorse.  Thirty-five years ago, Gus Speth, WRI’s first president, was intent on distinguishing the organization from more advocacy-oriented environmental groups. WRI would eschew political lobbying and pressure tactics in favor of research and policy analysis. At the same time, Speth wanted WRI to push aggressively for change. His vision was for the organization to be an “activist research center.” It’s an ideal that my colleagues and I strive for every day.

Today more than ever, organizations like WRI must lead with evidence-based arguments for the societal goals we seek. Our credibility and ability to influence those who can make a difference depend on it. And WRI itself is a key user of science. Without good science, we won’t know what needle to move, let alone whether it is moving in the right direction. But armed with science, we can make more informed interventions that make a real difference.

WRI’s recent research on global diets, for example, found that beef is one of the most inefficient sources of calories and protein: If cattle were a nation, they would be the world’s third-largest source of greenhouse gases.  Armed with this knowledge, WRI launched the Better Buying Lab to test and scale new approaches to help consumers select healthy, sustainable foods. The Lab brings together the brightest and best minds from consumer research, behavioral economics and marketing strategy with leading companies in the food sector. 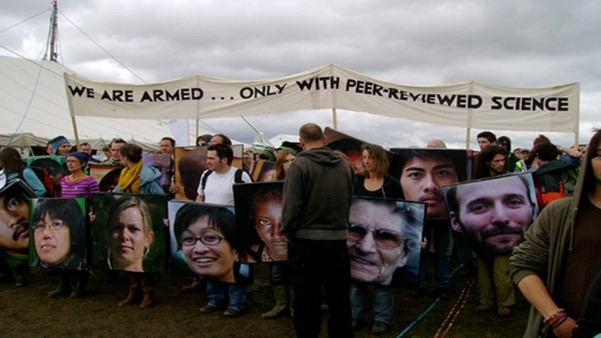 Of course, facts alone aren’t enough. Research groups like WRI must recognize that it is much harder for good information to prevail in a marketplace dominated by social media, some of which is manipulated by trolls and bots. While being true to our core values, we must also sharpen our messages, strengthen our communication skills and present a unique voice that cuts through the noise.

That’s what the March for Science is all about: scientists and their supporters speaking up for the facts in a fresh, new fashion at a time when the policy proposals of the new U.S. administration are too often alarmingly fact-free. I hope you will consider joining the March for Science and showing your support for the scientific community.

But even more importantly, I hope you will also walk the talk long after the march has finished and insist upon intellectual honesty in all aspects of your life—from where you get your news, whether to vaccinate your children, who you elect to office, and how you can reduce your own environmental footprint. Real change comes not from placard-waving, but from the tireless, low-profile actions we each take every day at work, in town hall meetings and in our homes.