President Donald Trump signed an executive order yesterday that aims to roll back many of the core elements of U.S. climate strategy, including the Clean Power Plan and methane regulations. As WRI President & CEO Andrew Steer put it, it’s like “taking a sledgehammer to U.S. climate action.”

The administration’s move threatens Americans' health and the country's economic prosperity, while diminishing U.S. standing in the world.

While Trump considers himself a champion for cutting waste, his executive order undermines many measures to cut waste and pollution that lead to dirtier air and water. It also fails to take full advantage of clean energy to expand the U.S. economy and its rapidly growing job market.

This executive order is out of step with U.S. companies, investors, consumers and the many states already embracing low-carbon solutions to save money, protect public health and support strong climate action.

Below, we break down major provisions of the executive order and their potential impact:

The Clean Power Plan establishes the nation’s first-ever carbon pollution standards for existing power plants, America’s largest source of carbon dioxide emissions. It was developed over the course of several years, and reflected input from more than 4.3 million commenters. Legal arguments for and against the Plan were heard by the D.C. Circuit Court of Appeals in September 2016, and a decision could come soon.

The order instructs EPA to review the Clean Power Plan and potentially propose to suspend, revise, or rescind, these standards. Since the order was signed, Attorney General Jeff Sessions has asked courts to delay their review of the Clean Power Plan. This move, taken together with Trump’s statements, makes it clear the administration wants to roll back these protections.

The Clean Power Plan would reduce power sector emissions 32 percent below 2005 levels by 2030, a key component of America’s plan to fight climate change. This order seeks to upend meaningful action on climate change in the power sector. This will create greater uncertainty and slow the transition to clean energy.

Rolling back the Clean Power Plan will jeopardize climate security, harm human health and create investment uncertainty. It could also impede the nation’s momentum towards creating a clean energy economy. Thirty-three states saw their economies grow while their emissions fell between 2000 and 2014, and 2.7 million Americans now work in wind, solar and energy efficiency, more than 16 times the number of people employed by the coal industry. The Clean Power Plan would have helped push these trends forward. Rolling it back will slow progress, to the detriment of people and businesses across the country.

It instructs EPA to review and potentially propose to suspend, revise, or rescind these standards.

These standards are an important step to control carbon dioxide emissions from the power sector and to solidify the transition already under way toward use of less carbon-intensive electricity sources. The rule establishes an emission limit of 1,000 pounds of CO2 per megawatt‐hour for new natural gas plants and 1,400 pounds per megawatt-hour for new coal plants. To comply with these carbon dioxide emission limits, utilities that invest in new coal plants would need to use technologies and fuels that help them reduce their emissions of carbon dioxide, such as use of carbon capture and storage (CCS) technologies or by burning a mix of coal and natural gas.

Statements by the administration suggest they intend to eliminate or significantly scale back these rules and other regulations to bring about a resurgence of coal. But changing these requirements will almost certainly not lead to a surge in new coal plants in the United States because market forces, like low natural gas prices and plummeting costs of renewable technologies, have driven investment away from coal and the Energy Information Administration (EIA) expects this trend to continue. Coal plants accounted for only 5 percent of new capacity additions since 1997 and the EIA’s most recent Annual Energy Outlook does not project any new coal builds through 2050, even under a scenario including high natural gas prices. The new source performance standards provide a valuable backstop to ensure that companies continue investing in a low-carbon future. 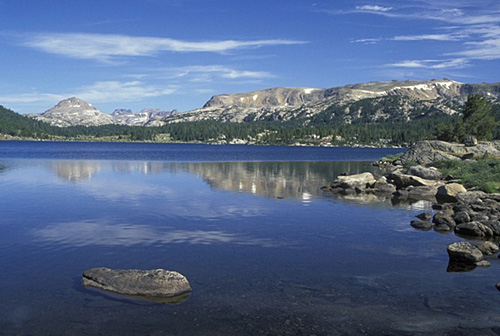 3) Revisiting policies to modernize the handling of coal, oil and gas production on public and tribal lands

The Bureau of Land Management’s (BLM) temporary moratorium on new leases on federal lands and review of the federal coal program, BLM standards establishing safety requirements for hydraulic fracturing on public and tribal lands, and updated regulations from the National Park Service and U.S. Fish and Wildlife Service for non-Federal oil and gas operations within national parks and refuges.

The order directs the Interior secretary to: lift the coal moratorium and take steps to amend or withdraw the order initiating the review of the federal coal program (a step Secretary Ryan Zinke took today); review and potentially suspend, revise or rescind standards for hydraulic fracturing on public and tribal lands and regulations for non-Federal oil and gas operations within national parks and refuges.

These policies were meant to ensure that guidance for fossil fuel extraction from public and tribal lands is up to date. Rolling back these efforts will limit the government’s ability to assess and safeguard against potential environmental and public health impacts of these operations.

The order instructs EPA and BLM to review and potentially propose to suspend, revise, or rescind, these standards. However, the administration has made it clear that their goal is to scale back efforts to reduce methane emissions.

Methane is an extremely dangerous greenhouse gas, at least 28 times as potent as carbon dioxide. The EPA and BLM rules ensure that companies use modern technologies to prevent, detect and repair methane leaks from oil and gas wells and production. Many of these technologies are cost-effective, paying for themselves in only a few years. Rolling back these standards and failing to take additional steps to cut methane leaks from existing oil and natural gas systems will allow more methane to escape unchecked, driving more costly and dangerous impacts of climate change. 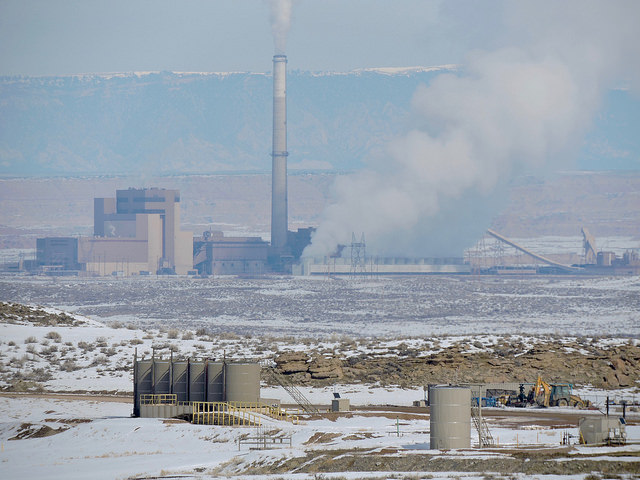 The National Environmental Policy Act (NEPA), signed into law in 1970, requires federal agencies to assess the environmental, social and economic effects of proposed actions, everything from building a road to allowing a company to drill on public lands. In 2016, the White House provided guidance on how federal agencies should consider climate change in their NEPA assessments, such as by quantifying a proposed project’s projected GHG emissions and considering alternatives to a project that would make affected communities more climate-resilient.

According to legal experts, recent court decisions “require agencies to consider greenhouse gas emissions in certain NEPA reviews, so eliminating the guidance will not relieve agencies of the obligation to consider the climate change impacts of their actions.” Therefore, in practice, rolling back this guidance would mean removing clarity for agencies struggling to estimate a project’s potential greenhouse gas emissions and impacts. As such, the Trump administration could see even more litigation related to climate change and NEPA.

6) Withdraws Estimates of the Social Cost of Carbon

In 2009, a group of technical experts was brought together under the Interagency Working Group (IWG) on the SCC to develop a single set of U.S. government SCC estimates based on the best available science and economics. The order disbands the IWG and withdraws all its social cost of carbon estimates as no longer representing government policy.

The Executive Order sends government agencies back to square one with respect to the important task of monetizing the benefits of reducing carbon dioxide and other greenhouse gas emissions. Going forward, the Order calls on agencies to apply “the best available science and economics” and to apply longstanding Office of Management and Budget guidance on best practices for conducting regulatory cost-benefit analysis (last revised in 2003 in Circular A-4). However, that is precisely what the IWG did in the analysis it conducted from 2009 to 2016. The National Academy of Sciences conducted an extensive review of the IWG estimates and recommended improvements that could be made in future updates, but found no flaws or bias in the IWG’s work. Given statements by the president and administration officials that contradict mainstream climate science, it seems likely that they would prefer SCC estimates that are far lower than those of the IWG, perhaps even zero (if they believe that climate change is a “hoax”). Read more on the importance of the SCC for policymaking in our recent blog post). 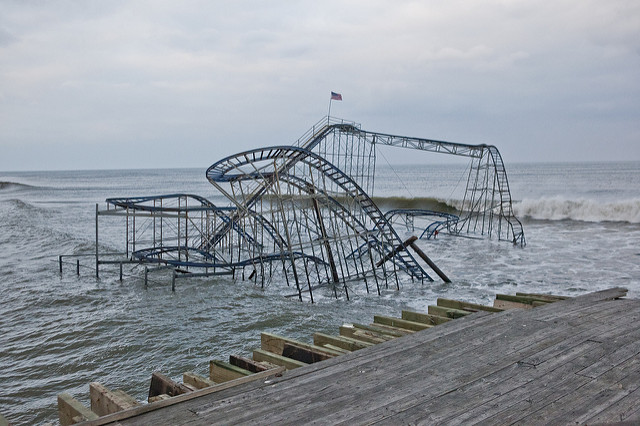 7) Rescinding Presidential actions on climate resilience in the United States

What are the affected policies?

Two of those affected actions include EO 13653: Preparing the United States for the Impacts of Climate Change, which readies federal agencies for the impacts of climate change with comprehensive preparedness and adaptation plans; and the Presidential Memorandum on Climate Change and National Security (September 21, 2016) that required 20 federal agencies and offices with climate science, intelligence and national security policy responsibilities to work together to develop plans for the impacts of climate change.

Revokes the executive order and the memorandum.

Executive Order 13653 was established to curtail the human and financial cost of major climate -impacts, such as extreme weather, drought and floods. These increasingly destabilizing climate impacts are beyond ideology, and by revoking the order, the Trump administration will jeopardize the ability of the federal government to save taxpayer dollars by avoiding future disaster damages.

The memorandum builds on the leadership shown by the Defense Department, recognizing climate change to be a national security risk that must be addressed. The move contradicts efforts to address what the Pentagon calls a "threat multiplier" and what Secretary of Defense James Mattis says is a threat to American interests abroad and the Pentagon's assets everywhere.

Read more on what these climate resilience actions entail in our related blog post.

8) What about the Paris Agreement?

The EO did not pull the United States out of the Paris Agreement on climate change. According to multiple media reports, the administration is still deciding how the U.S. will engage around the Agreement.

A Step Backward for America

The federal government has a duty to reduce emissions for the sake of Americans' health, economic resilience and national security. Relinquishing that duty leaves the United States out to dry.