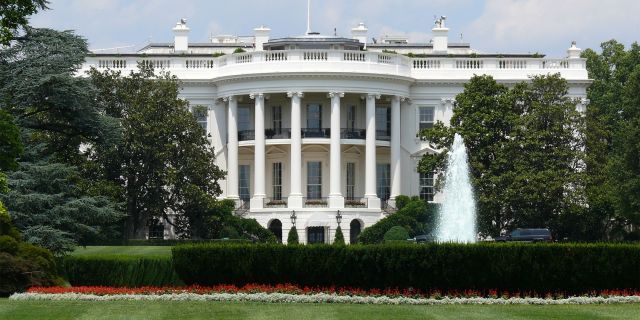 WASHINGTON (March 27, 2017)—According to media reports, tomorrow President Trump will sign a sweeping Executive Order that rolls back many of the core elements of the U.S. climate strategy. The EO calls for a review of the Clean Power Plan, and overturns limits on coal leasing on public lands, methane regulations, and requirements to include climate change as part of environmental assessments, as well as calls for a re-examination the social cost of carbon.

“The Trump administration is failing a test of leadership to protect Americans' health, the environment and the economy. It’s been shown time and again that sustained economic growth and national security are intertwined with good environmental stewardship.

“In taking a sledgehammer to U.S. climate action, the administration will push the country backward, making it harder and more expensive to reduce emissions. Climate science is clear and unwavering: mounting greenhouse gas emissions are warming our planet, putting people and business in harm’s way.

“The Clean Power Plan is a flexible and commonsense approach to reduce emissions from the power sector. It’s already helping to shift markets toward clean energy, which is good for the economy and American competitiveness. The administration should not be rolling back the safeguards that protect our air from methane emissions and limits on coal leasing on public lands. The administration is also wrong to withdraw support for local communities which need to be strong and secure in the face of rising seas, extreme weather events, and other climate impacts.

“The administration is out of step with U.S. companies, investors and consumers who want clean energy that is delivering jobs and revitalizing communities. Many governors and mayors will continue to embrace low-carbon solutions because it’s good for jobs, people and the planet. Republican and Democratic officials alike are committed to harnessing energy from the wind and sun because it’s good for their constituents. Hundreds of leading businesses are committed to reduce emissions and support climate action because it’s in their economic interest to do so.

“Around the globe, countries have committed to transition to a low-carbon economy that will make the world safer and more prosperous.

“Make no mistake: This Executive Order will undermine people’s health and the U.S. economy. It hands moral authority and global leadership over to others, leaving America behind.”