We all know the science. The United States and the world as a whole must reduce its greenhouse gas emissions by 80 percent or more by 2050 in order to significantly reduce the risks posed by unabated climate change. Intensifying droughts and heat waves, inundation of coastal economies brought on by sea level rise, and increasing wildfires and extreme weather events across the United States are only some of those intensifying risks.

While an 80 percent reduction may sound like a Herculean task, a new report from the Risky Business Project, From Risk to Return: Investing in a Clean Energy Economy, finds that achieving that reduction is both technically and economically feasible—and creates a huge business opportunity. WRI led the analysis underlying the report.

In reducing the country’s emissions and capitalizing on the clean energy transition, the United States needs to move from its heavy dependence on fossil fuels towards wide-scale use of electricity wherever possible --and generate that electricity from low- and zero-carbon sources of energy, like wind and solar. Doing so has to be done with energy efficiency as a pillar of this change – making more out of less.

So how much would all of this cost?

We would need to invest an average of about $320 billion a year from 2020 to 2050, but the benefits would far outweigh these costs. For example, we would see returns in the form of: 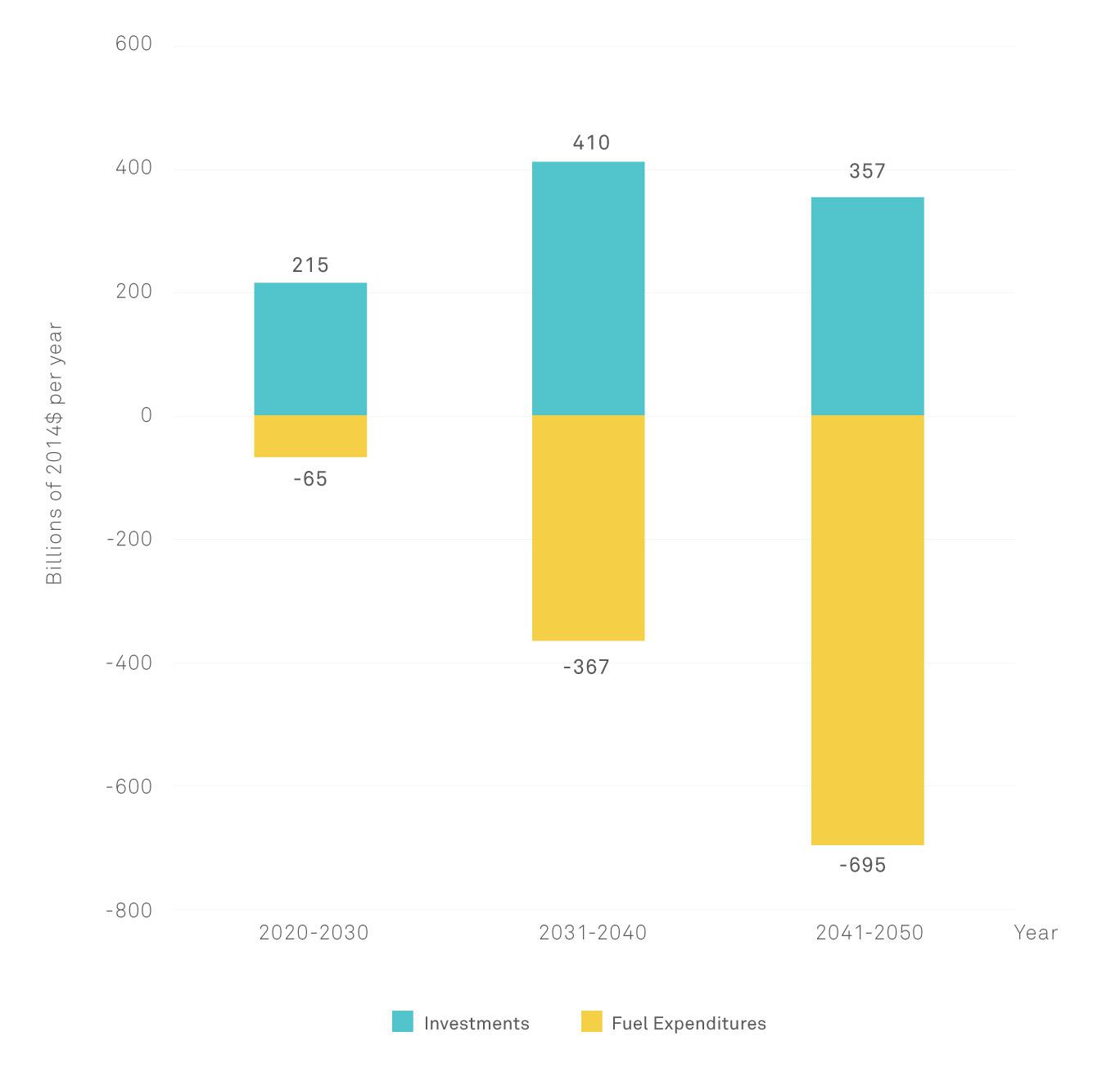 How Do We Get There?

The new report presents three pillars for how to transition to a clean energy economy:

The new Risky Business analysis shows that achieving the 80 percent emissions reduction is possible with technologies that are already commercial or near-commercially available. We have the tools now to get there, and we’re bound to see additional breakthroughs in the future to make the job even easier. 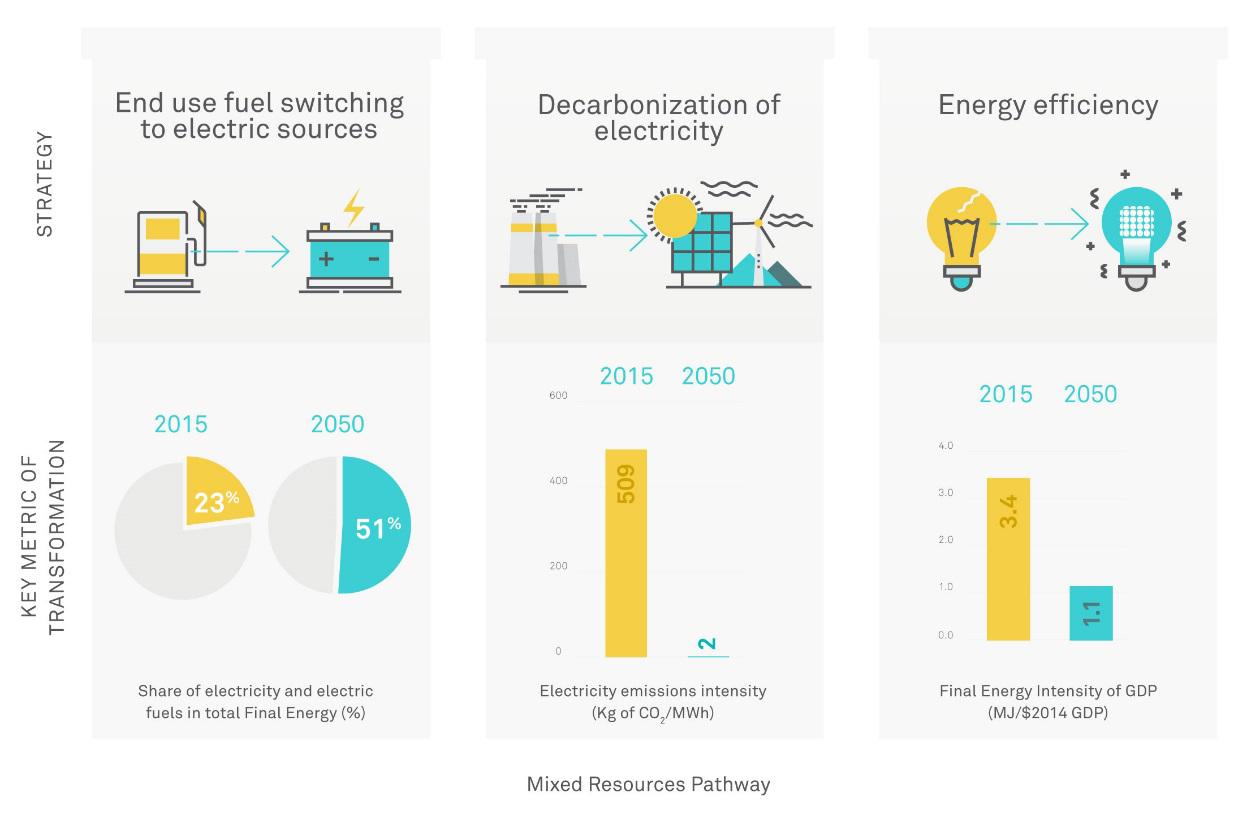 What’s Needed from Business and Government?

While the wheels of a clean, low carbon economy in the United States are already in motion, we have to see its acceleration in order to avoid the dangerous and damaging risks from climate change.

Given a clear and consistent policy and regulatory framework from government, businesses can make a clean energy economy a reality. That framework must send a clear, consistent and long-term market signal on the necessity of climate action, and provide incentives for innovation and deployment of clean energy systems.

In the past, transformative investments in railroads, rural electricity, interstate highways, telecommunications and other industries have unleashed a wave of innovation and growth for American business. We need a new wave of transformative investment in this century aimed at securing a safe and stable climate. As this report shows, investing in clean energy can ensure American economic security and competitiveness for decades to come. But we must act now.