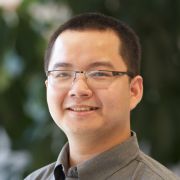 Hein is a Transportation Research Analyst at WRI Ross Center for Sustainable Cities, where he conducts research on sustainable and equitable transport, with a focus on understanding access to job opportunities in the developing world and improving paratransit systems in African cities. Hein is also part of the Integrated Transport team that works closely with WRI international offices in Brazil, China, India, Mexico and Turkey.

Hein previously worked for UN Habitat and UNFPA in Myanmar as an urbanization consultant for the 2014 National Census Thematic Report on Migration and Urbanization. Hein also interned for the Housing, Economic and Infrastructure Planning (HEIP) Division of the New York City Department of Planning where he researched and mapped the synergies between “Innovation Economy” firms. During graduate school, he worked for the Southeast Asia Program at Cornell University and led a team of colleagues organizing academic events and designing activities for the Cornell-Myanmar Initiative.

Hein earned his bachelor’s degrees in Civil and Environmental Engineering and in Comparative Humanities from Bucknell University in 2014 and his first master’s degree in City and Regional Planning from Cornell University in 2016. He is currently pursuing a Master of Science in Analytics at Georgia Institute of Technology.

Hein has been learning Mandarin since 2014, and now he is seeking his Chinese dream! He just started learning French. Qui vivra verra!