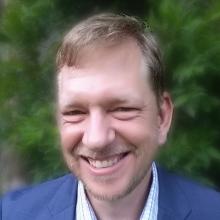 Roman Paul Czebiniak is WRI’s Nature-Based Solutions (NBS) and Climate Private Sector Lead, based in WRI’s Business Center. Roman serves as the Institute’s primary liaison on issues at the intersection of climate and nature across all relevant business sectors, working closely with WRI’s experts across offices, programs, and centers. Roman brings twenty years’ experience advancing solutions that protect nature particularly in relation to climate, forest, and land use issues.

Prior to joining WRI, Roman lived and worked in Indonesia, where he advised some of the world’s largest businesses and philanthropies on social and sustainability issues as the International Director of EcoNusantara (a private mission-driven consultancy based in Jakarta), and as the Founder and CEO of The Forest Institute (a non-profit global solutions lab). Before moving to Indonesia, he was the Center for Biological Diversity’s Conservation Director, serving on its three-member executive team and overseeing six programs with over 80 scientists, attorneys, and policy advocates. Previously he built successful coalitions and helped negotiate historic land use and climate change legislation for Defenders of Wildlife in California, before focusing on climate change and tropical deforestation for Greenpeace International, based in Amsterdam. For the latter, Roman worked with global experts across thirty countries (with an emphasis on Brazil, Indonesia, and Mexico), leading teams that helped deliver a historic UNFCCC agreement on tropical forests and climate alongside a $5 billion commitment for tropical forest protection, before focusing on advancing natural climate solutions through the private sector.

Roman earned a joint Bachelor degree (BA) in Philosophy and Political Science from the University of Florida and a Juris Doctor (JD) degree from New York University School of Law. He was a Fellow at the Environmental Law Institute in Washington, DC and UCLA School of Law’s inaugural Frankel Fellow in Environmental Law & Policy. Roman is an attorney and member of the State Bar of California.