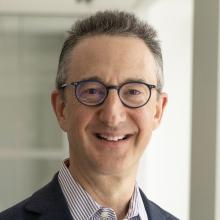 Kevin is a member of the Global Executive Team of WRI. He leads the Executive Office of the Institute working closely with WRI’s President and global executives and their support teams. He has a particular focus on ensuring optimal alignment between all parts of the organization to ensure we maximize our impact across WRI’s rich assets of countries, people, operations and system change ambitions.

Kevin has a deep understanding of WRI, experience in delivering cross-cutting initiatives, and a passion for organizational dynamics and effective management.

Kevin previously served as the Global Director of WRI’s Center for Sustainable Business (CSB). In this capacity, he led the Institute’s private sector strategy, guided CSB’s research and engagement and oversaw WRI’s business-oriented initiatives: the Corporate Consultative Group (CCG), the Platform for Accelerating the Circular Economy (PACE), Partnering for Green Growth and Global Goals 2030 (P4G) and the Science Based Targets initiative (SBTi). Over seven years, Kevin was instrumental in expanding the scope and impact of the Center, growing the annual budget ten-fold and increasing staffing from 7 to 47. He also added two critical workstreams — trade associations and consumption — to the Center’s portfolio.

Prior to joining WRI, Kevin led the global environmental sustainability strategy at multinational firm British Telecommunications (BT). There he served as the founder and Head of the Net Good Program, an initiative to create new frameworks that showed how organizations can embrace the power of sustainability as a business opportunity. Prior to that, he held commercial roles at BT, MCI and BP.

Kevin helped establish the Science Based Targets Network (SBTN) and chaired its Leadership Council for three years from 2019 through 2022. He has served as a member of the Advisory Board of Sustainable Brands, a member of HP’s External Global Citizenship Advisory board and a member of the Corporate Responsibility Officers Association’s (CROA) Board of Governors — founding and chairing the CROA’s Committee for Professional Development during his tenure.

In 2013, Kevin was included in the Trust Across America Top 100 Thought Leaders and Guardian Sustainable Business 30 Most Influential Sustainability Voices in America. He was a recipient of the 2009 PR News: CSR Executive of the Year Award.

Originally from London, Kevin has been living in the Washington, DC, metro area since the mid-1990s. When not working, he enjoys spending time outdoors and has a passion for music, movies, antiquarian books and vintage mechanical devices. He is married and the father of two wonderful daughters.