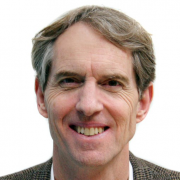 Carter Brandon joined World Resources Institute in February 2019 to lead work on the economics and finance of climate change adaptation in support of the Global Commission on Adaptation.

Prior to that, he had a 24-year career at the World Bank, culminating as Global Lead Economist for Environment, Natural Resources and Climate Change. His primary interests are in the linkages between environmental degradation, climate change, welfare, and growth. While at the World Bank, he also held various senior and management positions concerning the environment, agriculture, poverty and climate change, including five years in Buenos Aires and four in Beijing.

Earlier in his career, he started and ran the Development Economics Group, an economics consulting firm, for seven years. He also made a documentary film on political unrest in Chiapas, Mexico, and played bassoon in the Paris Symphony.

He graduated from Harvard University (B.A.) and Oxford University (MSc and DPhil, ABD, Agricultural Economics), where he was a Rhodes Scholar.