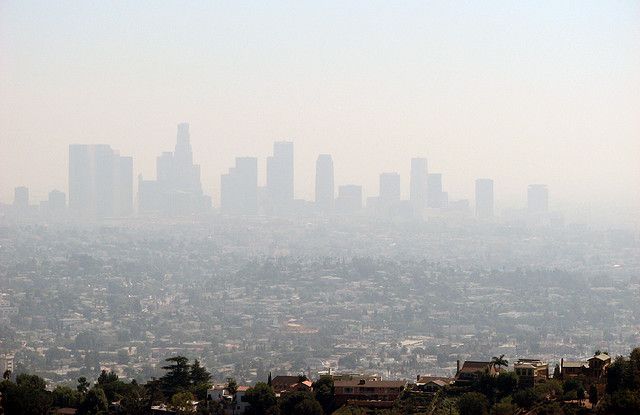 Federal and state actions can promote economic growth and reduce emissions 26-30 percent below 2005 levels by 2025.

WASHINGTON (May 27, 2015)—The United States can meet or even exceed its proposed commitment to reduce greenhouse gas emissions 26 to 28 percent by 2025 (below 2005 levels) using existing federal laws and state actions, according to new analysis by World Resources Institute (WRI). The new study, Delivering on the U.S. Climate Commitment: A 10 Point-Plan Toward a Low-Carbon Future, presents specific steps the U.S. administration and states can take across multiple sectors to reduce emissions. The analysis comes days before the next round of climate talks in Bonn, Germany, which is a critical step on the road to a new international climate agreement.

“The challenges and urgency presented by climate change are abundantly clear, but so too are the capabilities to meet them, and the opportunities for economic gain,” said Sam Adams, director, U.S. Climate Initiative, WRI. “What’s more, robust measures at home to cut emissions and forge research and innovation partnerships with industry are critical to progress abroad and internationally. Leadership is in the doing, not just the pledging. These steps will contribute to a global agreement that drives deep reductions in emissions, just as other countries do their part to respond to the climate crisis.”

The study presents a 10-point plan for the administration to implement a comprehensive approach across the U.S. economy to curb emissions. In order to reach the 26 percent target, the administration could take the following actions:

Policy actions in other sectors—including transportation, aviation and waste management—would make up the remaining balance (4 percent), after accounting for emissions reductions projected to occur even in the absence of new actions (3 percent).

“The U.S. target is ambitious but achievable. The administration has already taken significant actions, but it will need to do more, assisted by American ingenuity and innovation that has helped find solutions to other great challenges,” said Karl Hausker, senior fellow, US Climate Initiative, WRI. “With the right mix of political vision, policies and market signals, the United States can move toward a low-carbon economy while driving investment in next-generation technologies and more sustainable products and services.”

The United States is already making substantial progress to reduce its GHG emissions, which creates a strong foundation for the country to reach its goal. The federal government has increased fuel economy for vehicles, implemented energy efficiency standards for appliances and equipment, and taken action to reduce methane emissions from natural gas systems.

A growing body of evidence shows that these actions can bring economic benefits to industry and consumers. For instance, new natural gas-fired power plants already are between 19 to 44 percent less expensive than new coal-fired power plants. After the revised fuel standards for cars and light-duty trucks, these vehicles will be approximately twice as efficient as those today, saving owners $3,400 to $5,000 over the lifetime of their vehicle. And many companies, including General Motors, Coca-Cola, Red Bull, and Heineken, are already moving away from carbon intensive HFCs and deploying new technologies.

"This plan emphasizes strategic and cost-effective approaches, like scaling up commercial and industrial energy efficiency, reducing HFC emissions and increasing vehicle fuel economy,” said Mark Wagner, vice president for government relations, Johnson Controls. “All of these actions are win-wins for the climate and the economy, and focus areas for Johnson Controls."

In addition, many states are already moving forward with policies to stimulate greater use of renewable energy. Currently, 31 states and the District of Columbia have renewable energy standards in place and 10 states have enacted carbon-pricing systems.

“States are stepping up to help meet the national target,” said Richard Kauffman, chairman of energy and finance for New York. “In New York State, we are embarking upon a comprehensive rethinking of our energy system, which we call Reforming the Energy Vision, or REV. REV applies new opportunities such as innovative clean technologies and consumer-choice trends to address the full range of challenges faced by our current energy system. We are proud that our policies are having a positive impact on local job creation, economic development and the environment, and are designed to work in complement with federal action.”

Over the longer term, congressional action will be needed to achieve even deeper reductions to tackle climate change. New legislation, such as setting a national price on carbon pollution, could expand domestic reductions to 40 to 42 percent below 2005 levels in 2030, and reach 50 to 53 percent in 2040.

“The administration's commitment to combat climate change is commendable and achievable, and the regulatory authority is clear and compelling. It’s crucial to understand not just how far proposed emissions reductions will go, but how we can get there,” said John Coequyt, director of federal and international climate campaigns, Sierra Club.