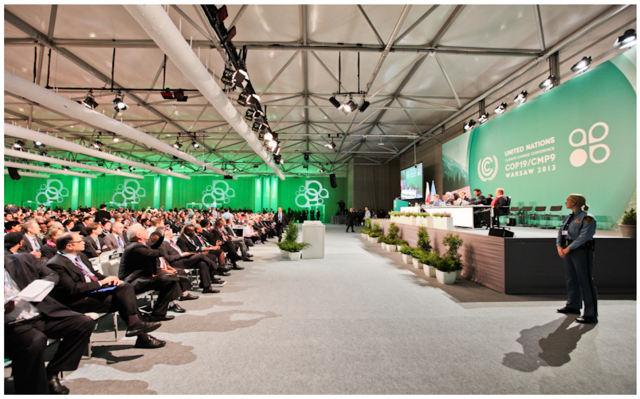 After two weeks of discussions, the climate negotiations wrapped up in Warsaw, Poland. COP 19 opened just as Typhoon Haiyan struck the Philippines, and the outcome was not decided until the final moments.

“In the nick of time, negotiators in Warsaw delivered just enough to keep things moving. The talks opened with a tragic reminder of what is at stake, but there were few signs of urgency within the negotiating rooms.

“Country representatives now need to return home to make significant progress on their work plans and national offers that can become the backbone of a new climate agreement. It’s important for countries to present their offers as soon as possible and in an open and systematic way. These commitments need to be driven by science. They should be both ambitious and equitable.

“Progress will also depend on mobilizing more support for vulnerable countries. One relatively bright spot were countries’ pledges, in excess of $100 million, to support developing countries’ adaptation efforts. Before reaching Paris, financial support will need to be ramped-up significantly to meet the commitment of $100 billion by 2020.

“Outside the conference center, the international coal lobby cast a shadow over the negotiations. But, it’s increasingly clear that unabated coal use is inconsistent with the goal of staying within 2 degrees of global temperature rise. A growing number of governments, including the US and UK, and multilateral institutions are reflecting this reality by shifting finances toward cleaner energy sources.

“With communities already struggling and the costs of climate change mounting, we need to reach higher. World leaders have a moral obligation to keep us on track to a new climate agreement by 2015.”