“Life here in the Sertão has never been easy, and never will be,” said Silvany Silva Lima, or “Vany” as she’s known to friends. Vany has raised dairy cows in Brazil’s northeastern Caatinga region for decades. But lately things have been harder for her and neighboring farmers.

The Caatinga is the most biodiverse semiarid region on the planet, covering 11% of Brazil. But since Brazil’s colonization, 80% of its rich natural landscapes have been converted for pasture and commercial agriculture. Many parts of the biome now lay degraded and unproductive. 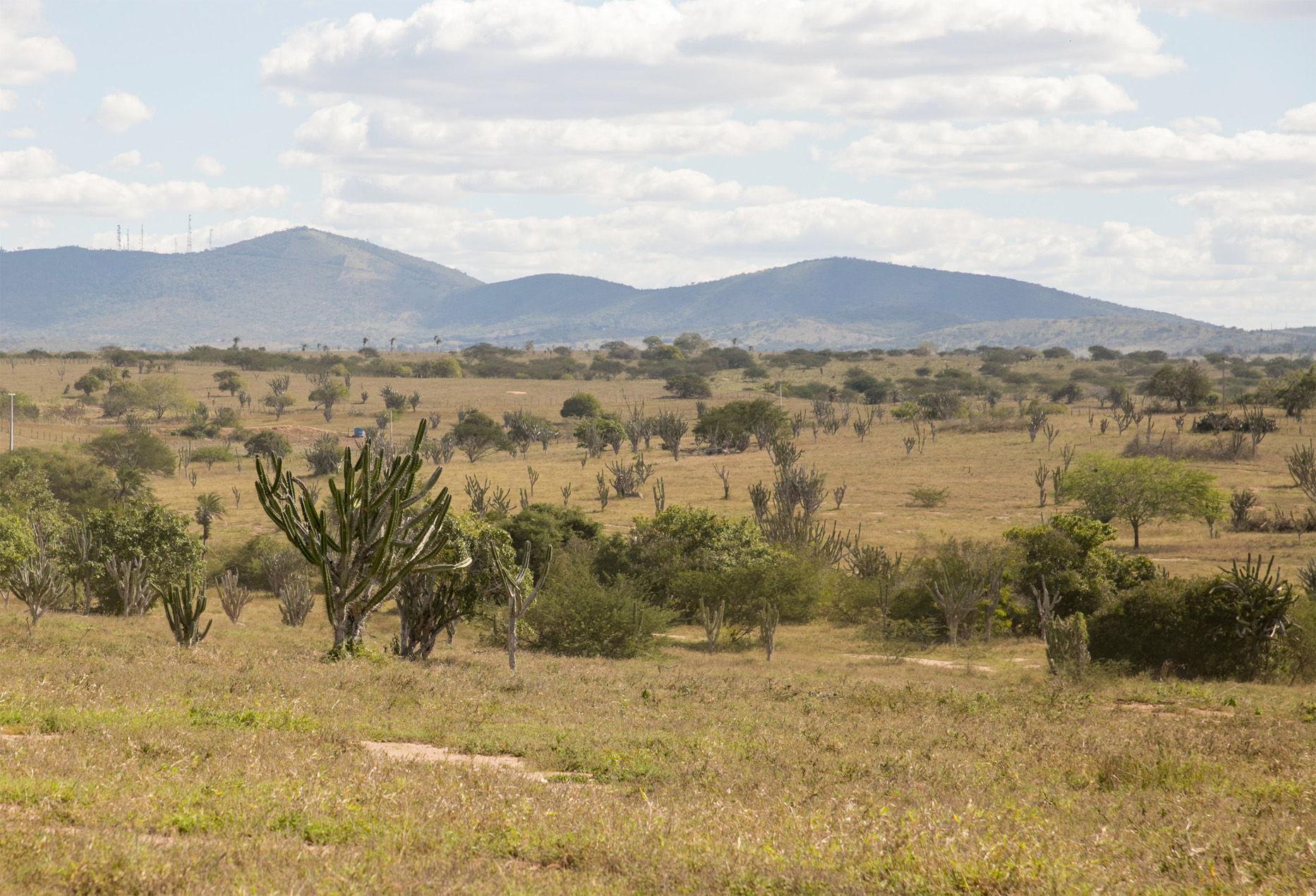 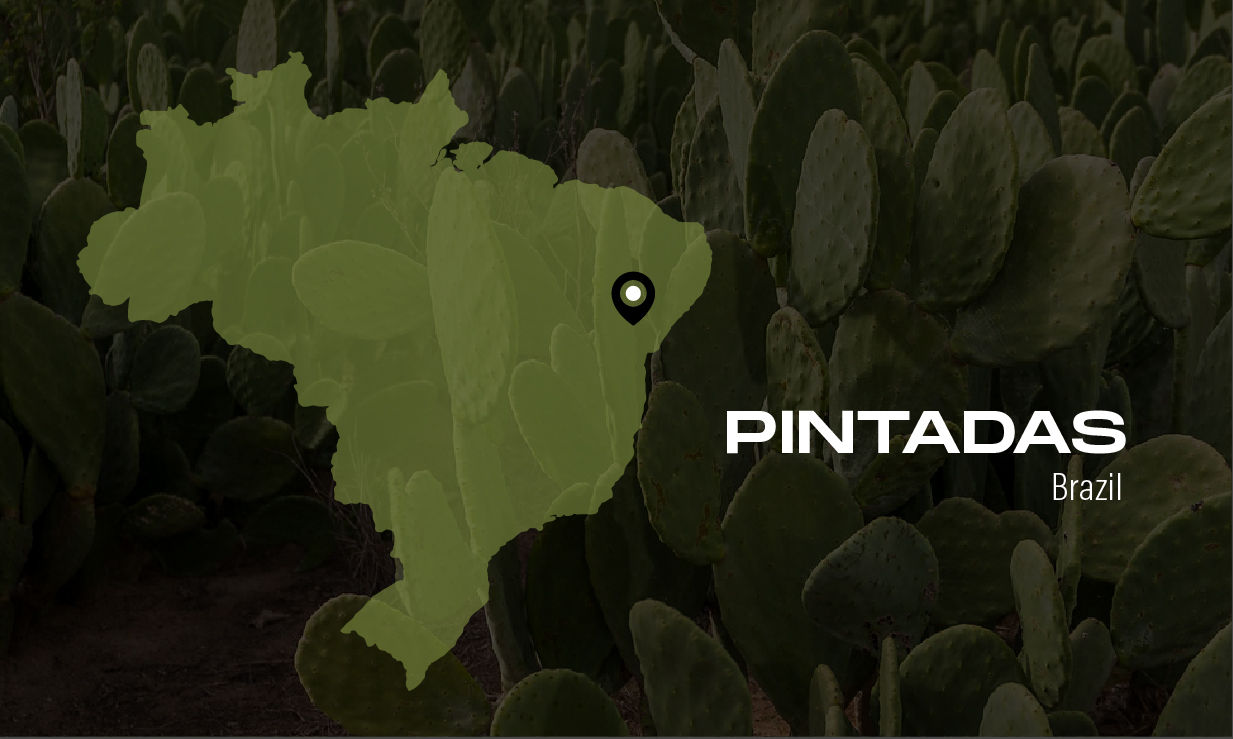 Climate change is taking a toll, too. Data from the Satellite Analysis and Processing Lab of the Federal University of Alagoas show that nearly 13% of the semiarid region of northeast Brazil is already turning into desert due to warmer temperatures and decreased rainfall. Studies conducted on the Jacuípe Drainage Basin in Bahia state found that rainfall declined by 50% since 1962. Agricultural yields have dropped. And things are poised to worsen: The Intergovernmental Panel on Climate Change (IPCC) forecast that Brazil’s semiarid region could face a temperature increase of between 2°C and 5°C by 2100 if greenhouse gas emissions continue unabated.

One of Luiz Gonzaga's greatest hits, Xote das Meninas, which Vany sings at the end of the video, begins with a mention of mandacaru, a type of cactus typical of the Caatinga. The verses "Mandacaru when it blooms up in the drought / It's the sign that the rain arrives in the Sertão" tell of the belief that the flowering of the mandacaru announces the end of the drought and the arrival of the rain.

The thousands of subsistence farmers who call this region home may lose their livelihoods if they can’t find a way to adapt to changing environmental conditions. So Vany and some of her neighbors are spearheading a new approach — one that increases incomes by growing native trees on livestock pastures. 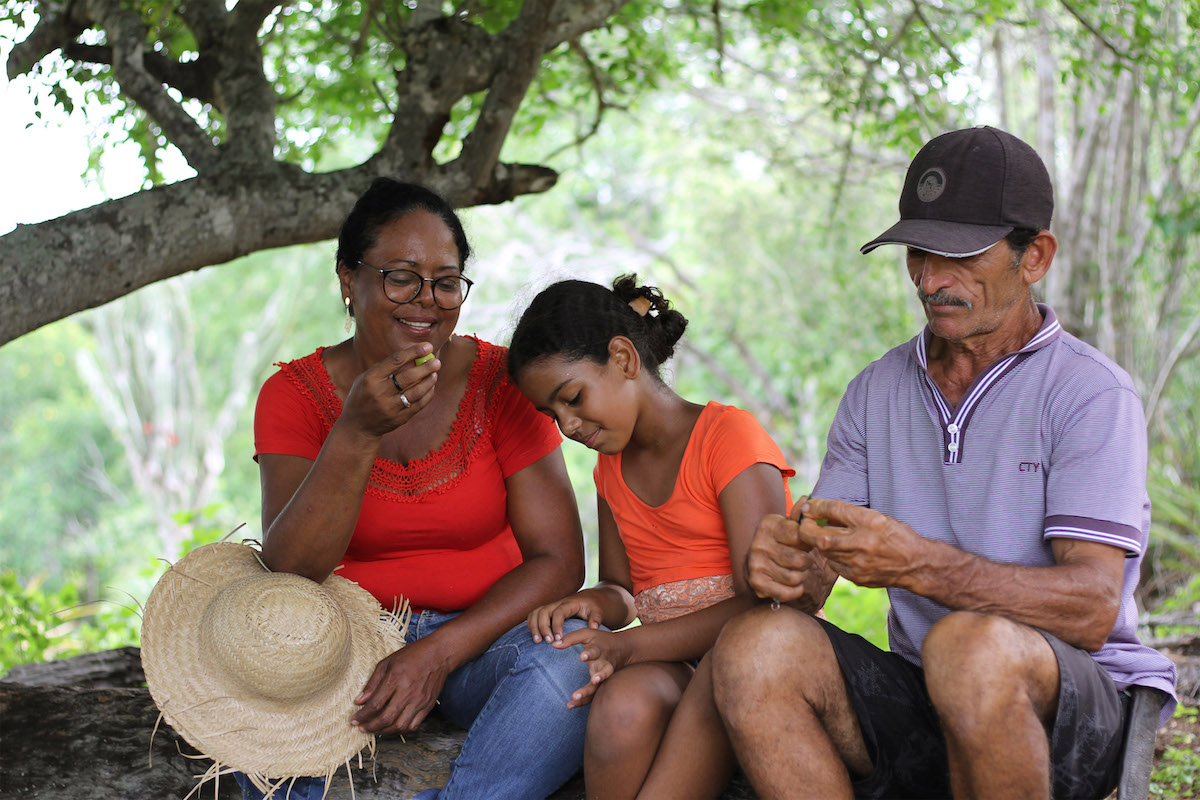 In the shade of a umbu tree, Lima enjoys a break with husband José Carlos and daughter Anna (Photo: Bruno Felin/WRI Brasil)

A New Kind of Pasture

About 11,000 residents call Pintadas, Bahia State home, half of them farmers. Most, like Vany, raise cattle.

It’s dry in the Caatinga, but the Sertão region is prone to green spells, when the rain falls. The dry season usually lasts between seven and 10 months — even up to a year in certain parts. The men and women of the Sertão have adapted to the lack of water, just as the region’s many native species have.

There’s the mandacaru, the Cereus jamacaru cactus eternalized in the music of Luiz Gonzaga, the “Elvis Presley of the Sertão.” And there’s the umbu (Spondias tuberosa), defined by author Euclides da Cunha as the “sacred tree of the Sertão.” Umbu trees, native to the region, blossom when the first rain falls, bearing delicious fruit.

Up until a few years ago, people working the land used the umbu tree chiefly for a moment’s respite in the shade and for its fresh fruit. Many farmers would simply cut them down to make more room for cattle, goats and sheep. Nowadays, though, farmers like Vany are cultivating umbu on their livestock pastures for an additional source of income.

“I call it the money tree,” said Vany.

The umbu provides supplemental income to Vany and can make her and other farmers more resilient to climate change. And, if the practice spreads, it can help restore the degraded Caatinga to its former glory. 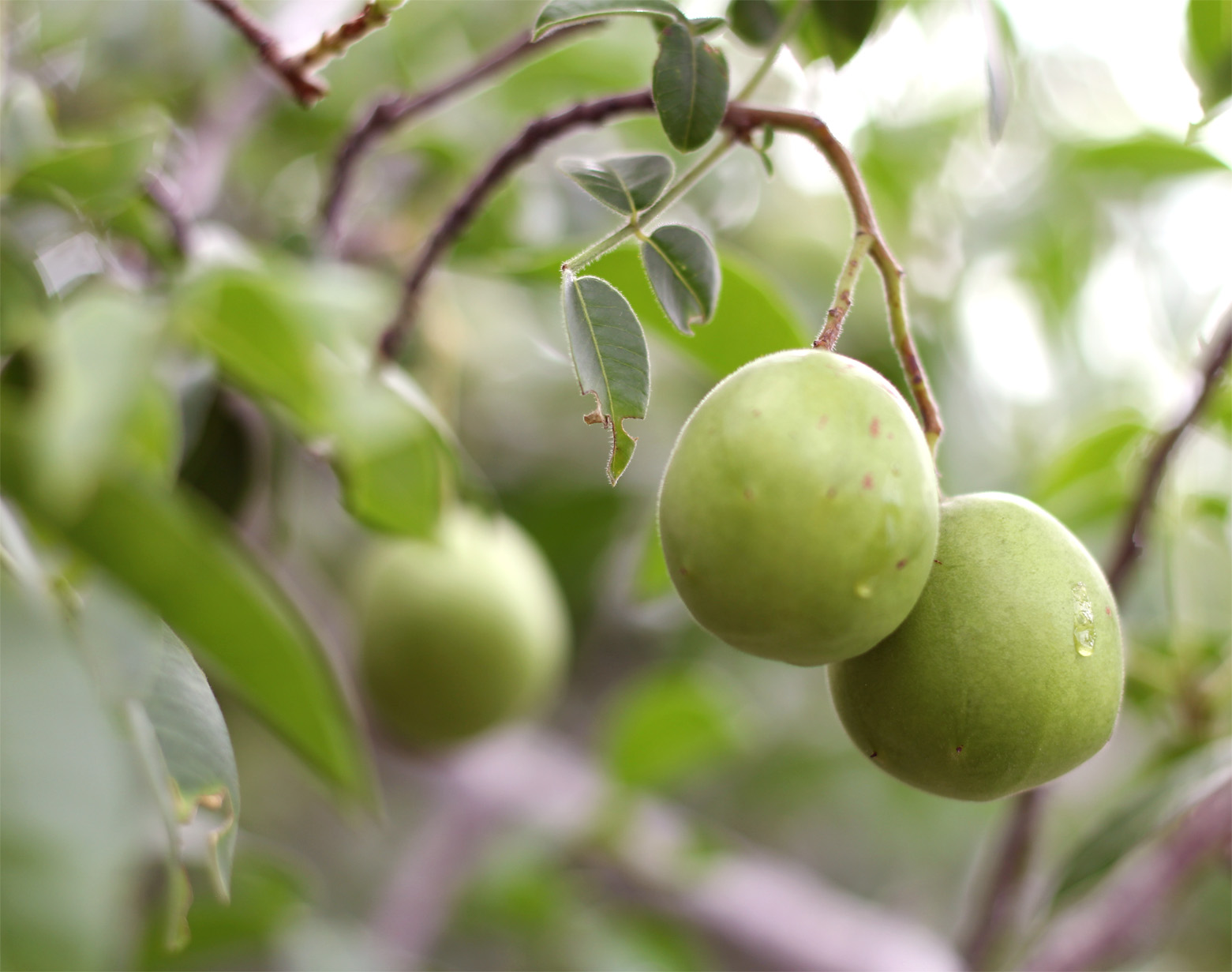 Building a Market for Umbu

For decades, public and private investment in technology like cisterns and small dams helped the people of the Sertão cope with droughts. Recently, local people have started to turn toward agricultural systems that are resilient to the effects of climate change. Projects like Adapta Sertão, a coalition of organizations building strategies to adapt family farming to climate change, have made considerable progress.

The Ser do Sertão cooperative is one example. Established in 2008 by a group of women, the cooperative organized farmers from 14 municipalities, including Pintadas, to sell products grown by smallholders. The women came up with the idea of opening a frozen fruit pulp factory using the sacred tree of the Sertão. 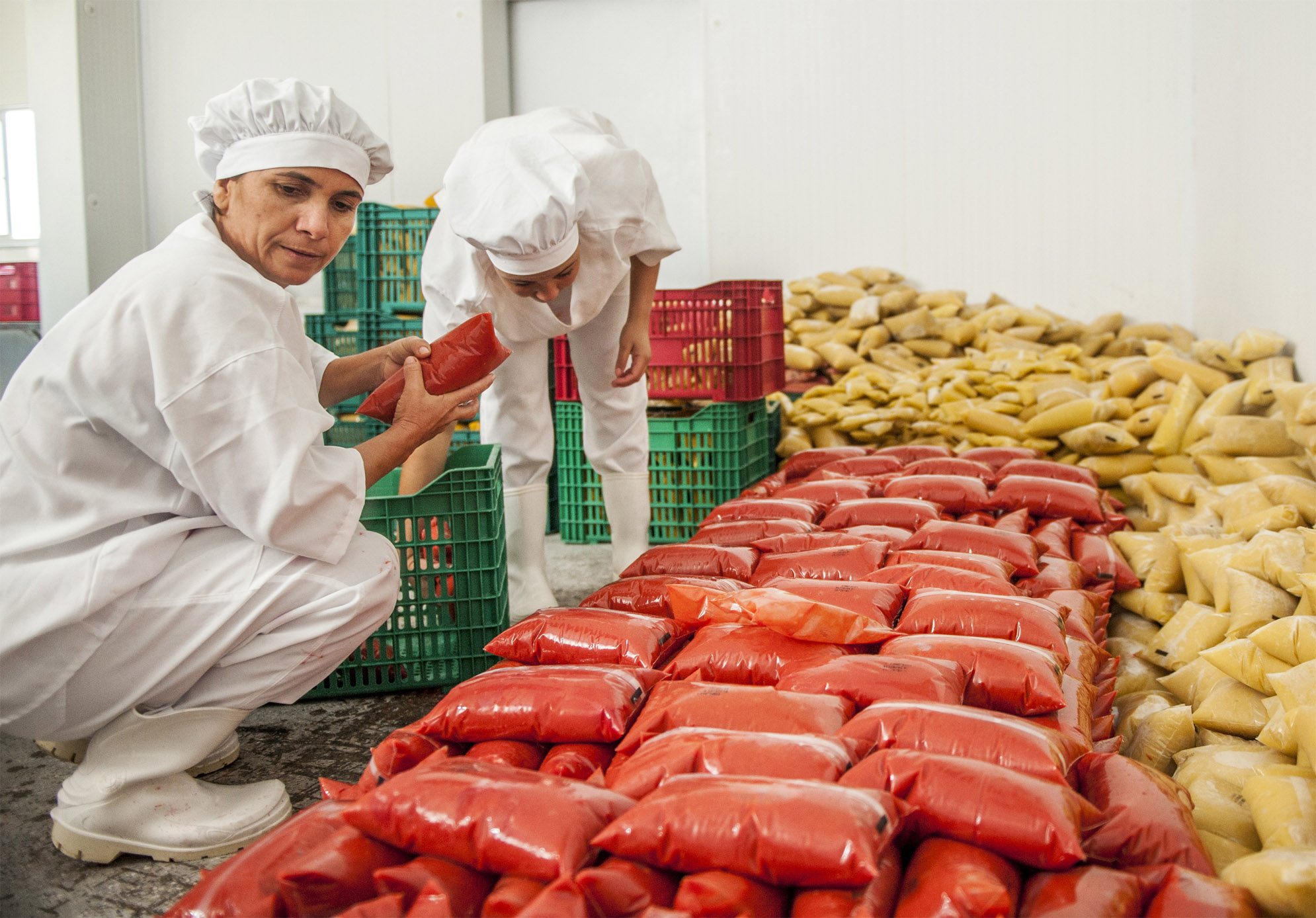 The work began at a small scale, gaining support from civil society and public and private organizations, including WRI Brasil. It quickly grew into a production plant called Delícias do Jacuípe. The factory processes up to 2.4 tons of fruit pulp per day during the busiest months of the year. Besides umbu, the group juices and freezes other native fruits like the umbu-cajá and the maracuja da caatinga (Caatinga’s passion fruit), as well as non-native acerola cherry, mango and guava.

In February 2020, the umbu season was in full swing, following a good start to the year with plentiful rain. One of the cooperative members who arrived laden with fruit was 55-year-old Martim Araújo. He works on a cattle farm whose owner does not trade umbu fruit, but allows Martim and his family to harvest and sell what grows naturally on the property. Martim arrived by motorcycle with the day’s harvest — 275 pounds of fruit packed into two drums. The cooperative pays about $0.27 (BRL 1.50) per kilo; Martim headed home with about $33 (BRL 187.50) in his pocket, similar to what he makes in a week as a farmer. “The umbu tree only bears fruit during two or three months of the year, but it brings home some important additional income,” he said.

Martim faced an 18-kilometer stretch of pot-holed road that he described as “not for the faint-hearted” to collect his reward. But it’s worth the effort: The price that farmers like Martim get for their native fruit is usually higher than for non-native commercial species like mango or pineapple (see graph below).

Historic regional rate paid to farmers for a kilogram of raw fruit. 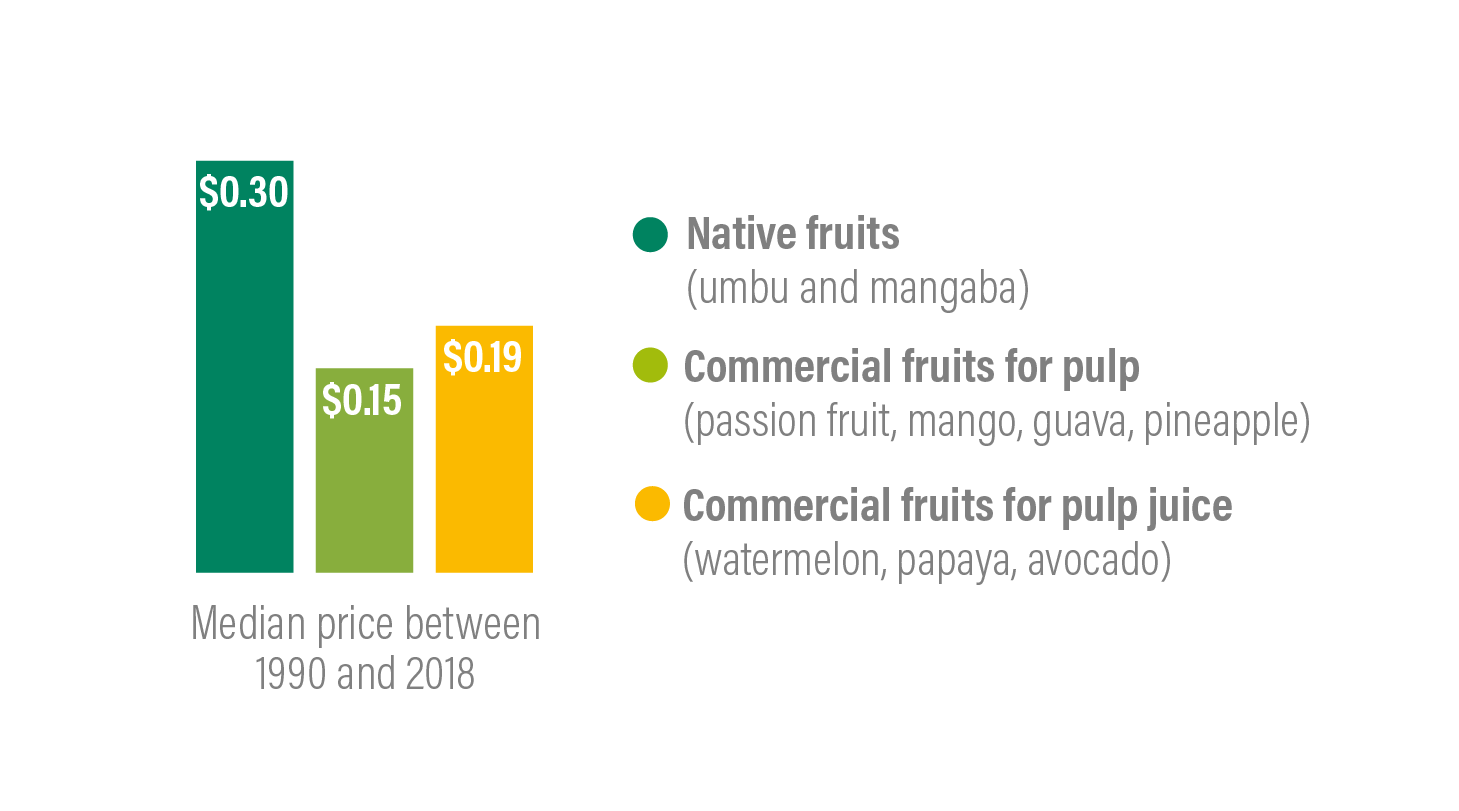 Vany also reaps the benefits of cultivating umbu trees on her dairy farm. She usually sells nearly 10,000 pounds of fruit to the cooperative between December and February. Her monthly umbu revenues during the season exceed what she earns from selling her cows’ milk.

“Those who previously cut down the umbu trees on their farms now regret it,” said Girlene Almeida, commercial director of Cooperativa Ser do Sertão and production manager at Delícias do Jacuípe. “The tree takes around 10 years to begin bearing fruit.”

Special cutting techniques can reduce this period to just two years. Research and development led by Embrapa, the Brazilian public agricultural research corporation, is improving productivity and speeding up production. With output up and a market developing, the umbu fruit is also now used in candies, compotes and even craft beer.

According to Almeida, 90% of the factory’s current production is sold to the government, which gives the juice to students in local schools. “We have plans to extend production to the private market, too, but we still lack diversity of fruit species and regular production throughout the year, especially for selling in smaller packages,” she said. Currently, most of the produce is sold in large, one-kilogram packages. 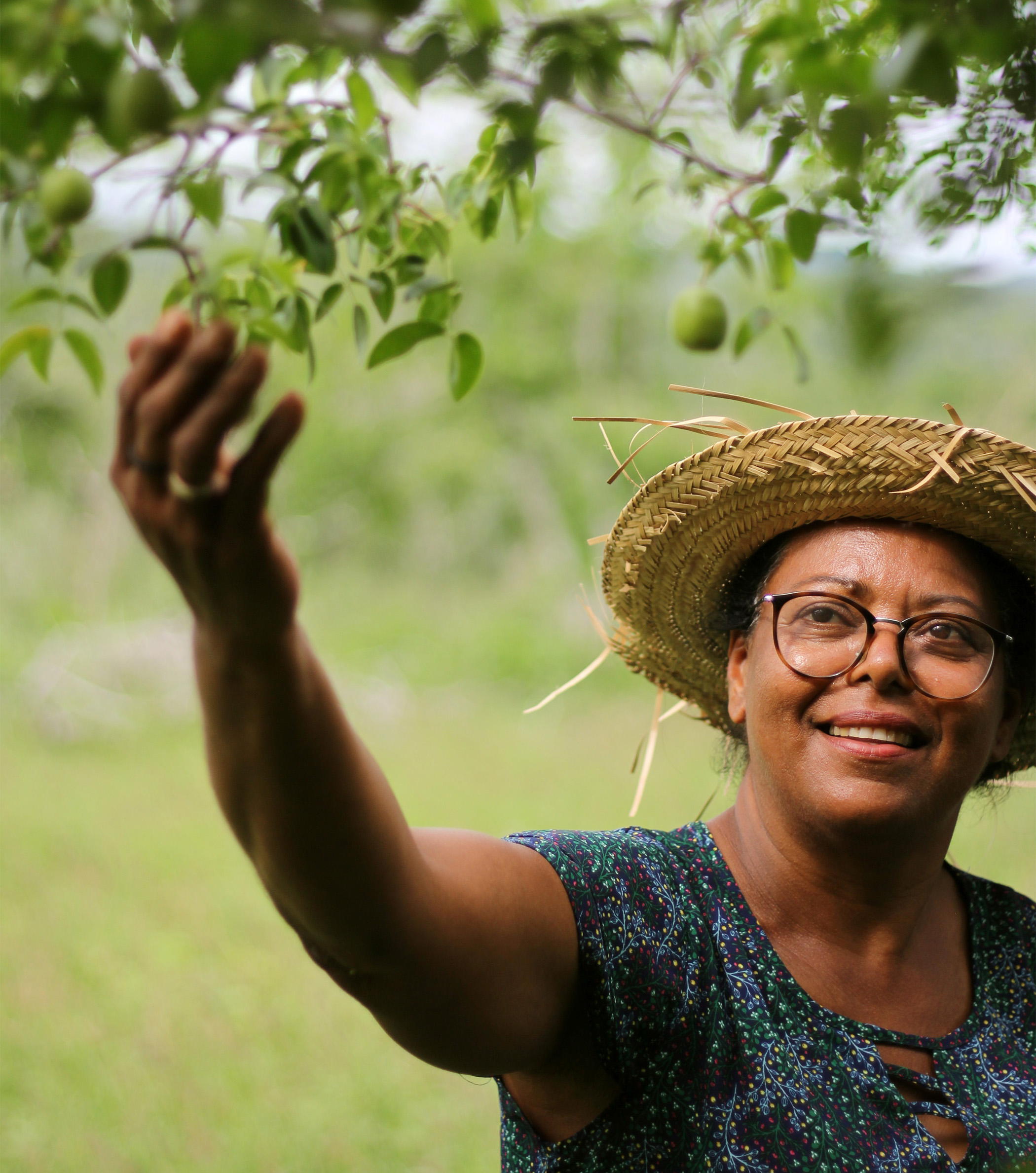 Today, the umbu tree is my friend. Before it was like any other tree. Now I realize that in addition to being food and shade for animals, it is good for me, too, because it benefits my family. This extra income is used to feed our children, for school supplies and to pay the tuition for our children who study in Salvador. I have two there.

Besides their commercial importance, street markets in northeastern Brazil sustain local traditions and culture. Vany, for example, has a stand where she sells agricultural produce, as does Cooperativa Ser do Sertão. At the Pintadas market, products range from food to clothing, stove plates to rope tobacco. 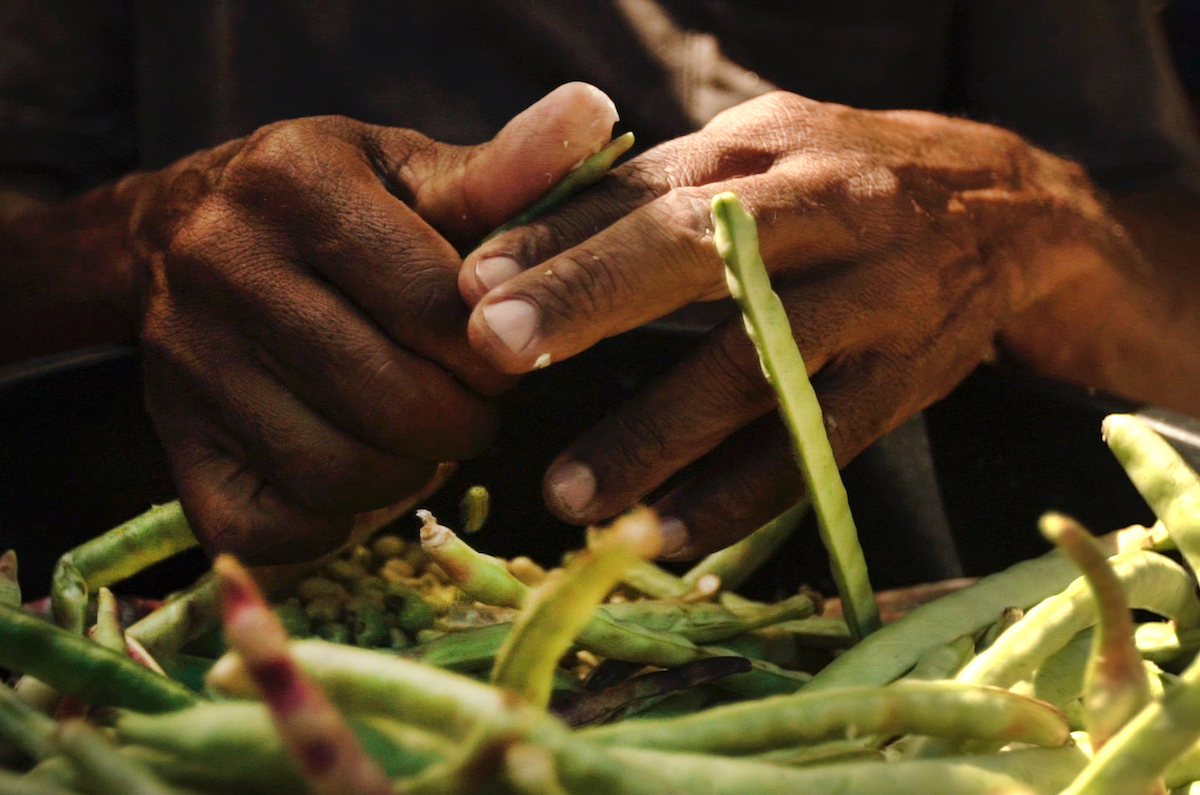 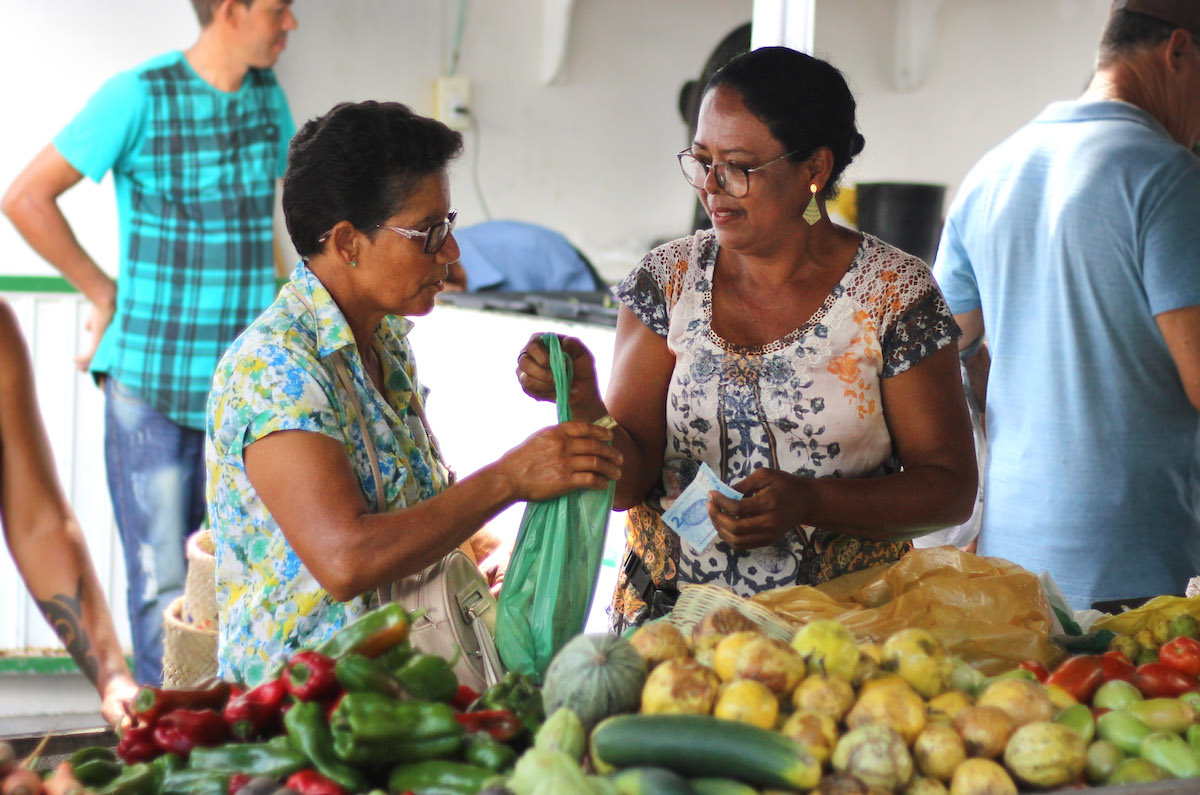 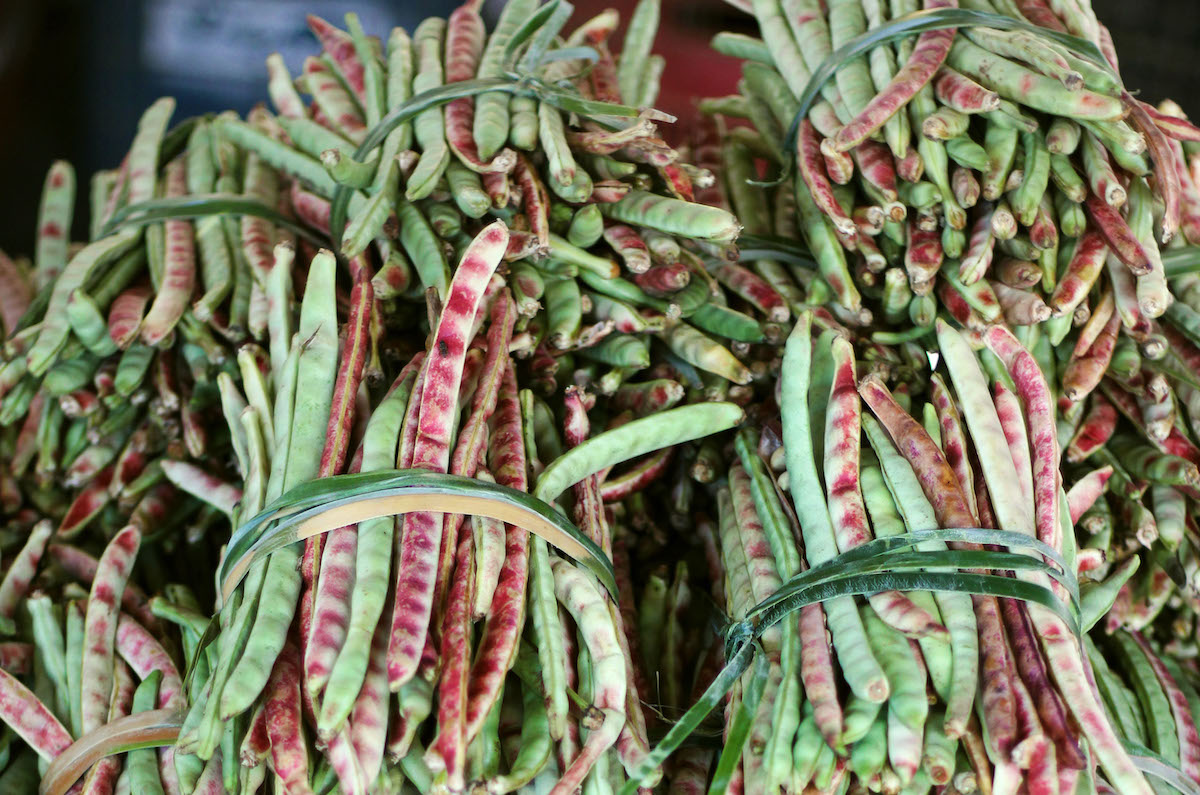 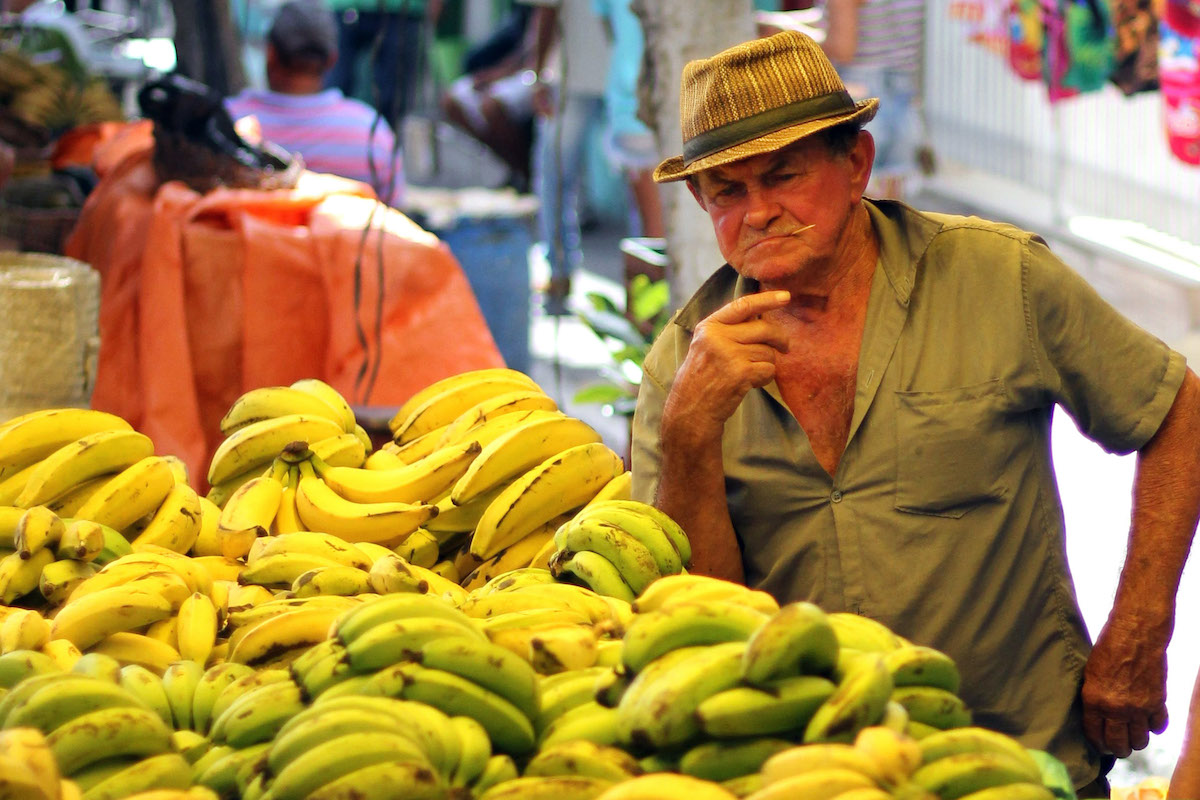 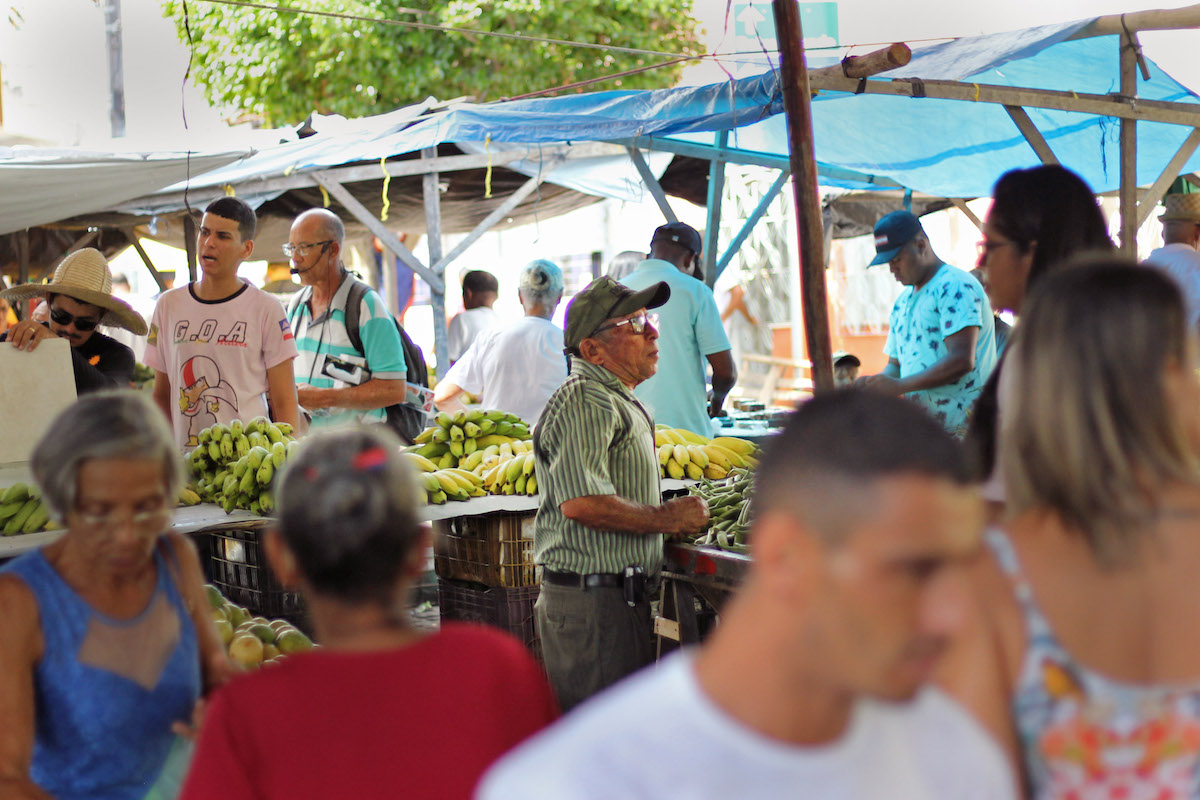 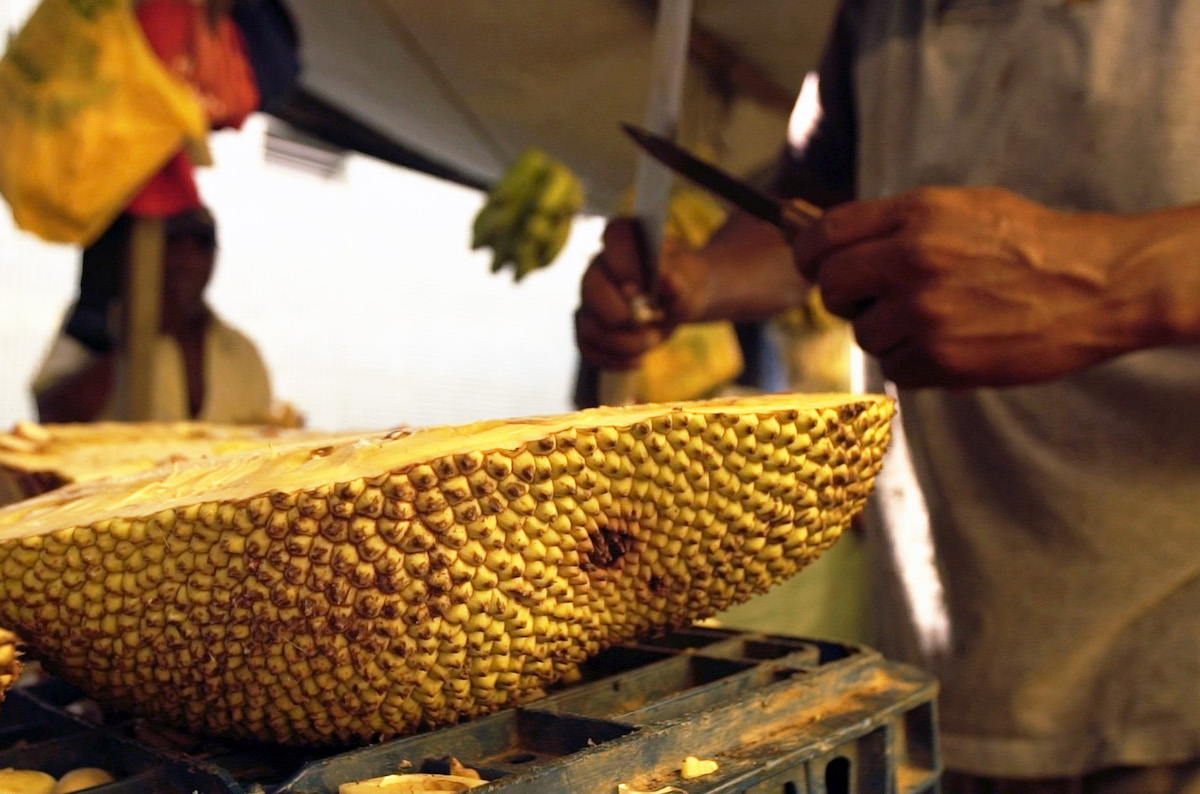 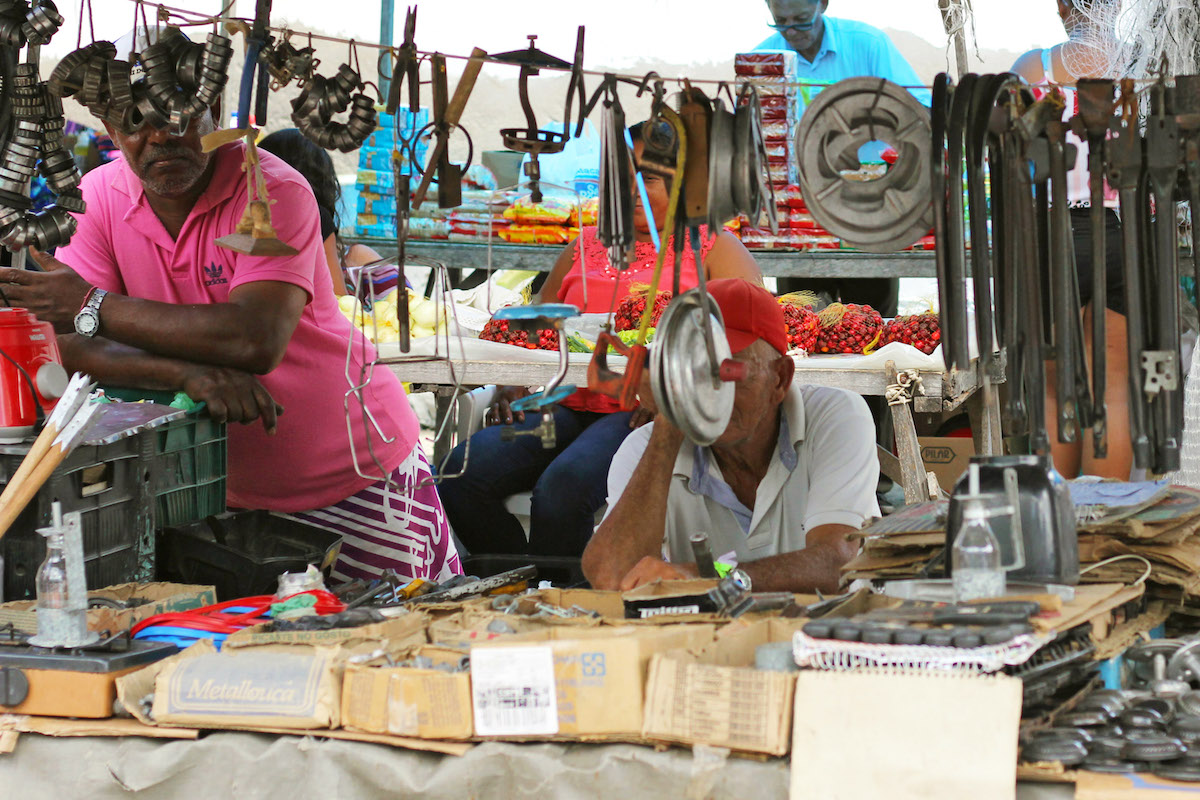 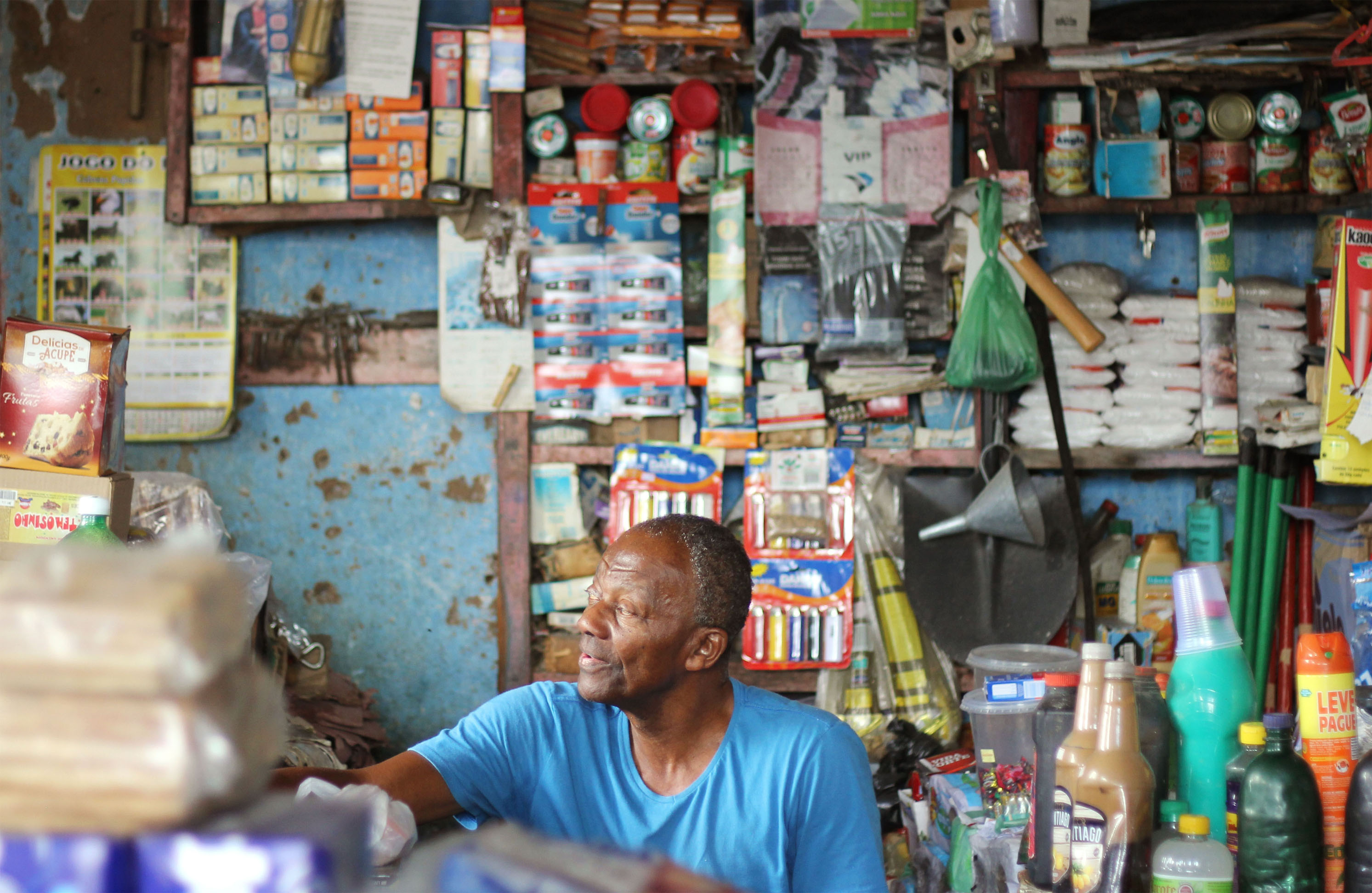 A witness to history

On one of the most important street corners of Pintadas, next to the Monday street market, is 74-year-old Dionísio Gonzaga. He arrived in Pintadas in 1951 and has worked behind the same counter since 1964. At Dionísio’s market, you will find literally everything from bulk grains to engine oil, including priceless stories. He, like the walls of his store, has borne witness to the town’s transformation. “The fields were far greener back then. And it rained more often. It dried up once they stripped the land bare,” Gonzaga said, referring to the deforestation and degradation of the past. He recalls that once “there was thunder from October to November,” but now it only rains in January. Even the well-known September cambueiro winds, often accompanied by early rainfall, have ceased to blow.

Umbu offers more than just economic benefits. Growing trees on farms in agroforestry systems can help retain rainwater and lock moisture in the soil, reversing some of the desertification that’s occurred throughout Caatinga.

It’s a key tactic for farmers to build resiliency to the effects of climate change. WRI Brasil conducted a study in 2015 to capture the agroecological expertise of 42 local farmers, most of whom had lived in the Caatinga for more than 20 years. Around 30% depend on subsistence farming, which makes it even more important for them to adapt to the changing climate by diversifying the crops they produce and their sources of income. The study showed that agroforestry practices that grow native tree species on farms are fundamental to any strategy for building Caatinga farmers’ resilience to climate change.

An umbu tree, for example, can serve as a source of animal feed while providing shade during dry spells. Some Caatinga farmers are also cultivating prickly pear cactus (Opuntia ficus indica), a plant well-adapted to northeastern Brazil. The cactus can provide animal feed when the dry season makes the pasture almost disappear. This practice is vital to farmers like Vany and others who rely on beef and dairy cattle for their livelihoods. Besides animal feed, the cactus can also prevent surface runoff, forming a natural irrigation and moisture-retention system. 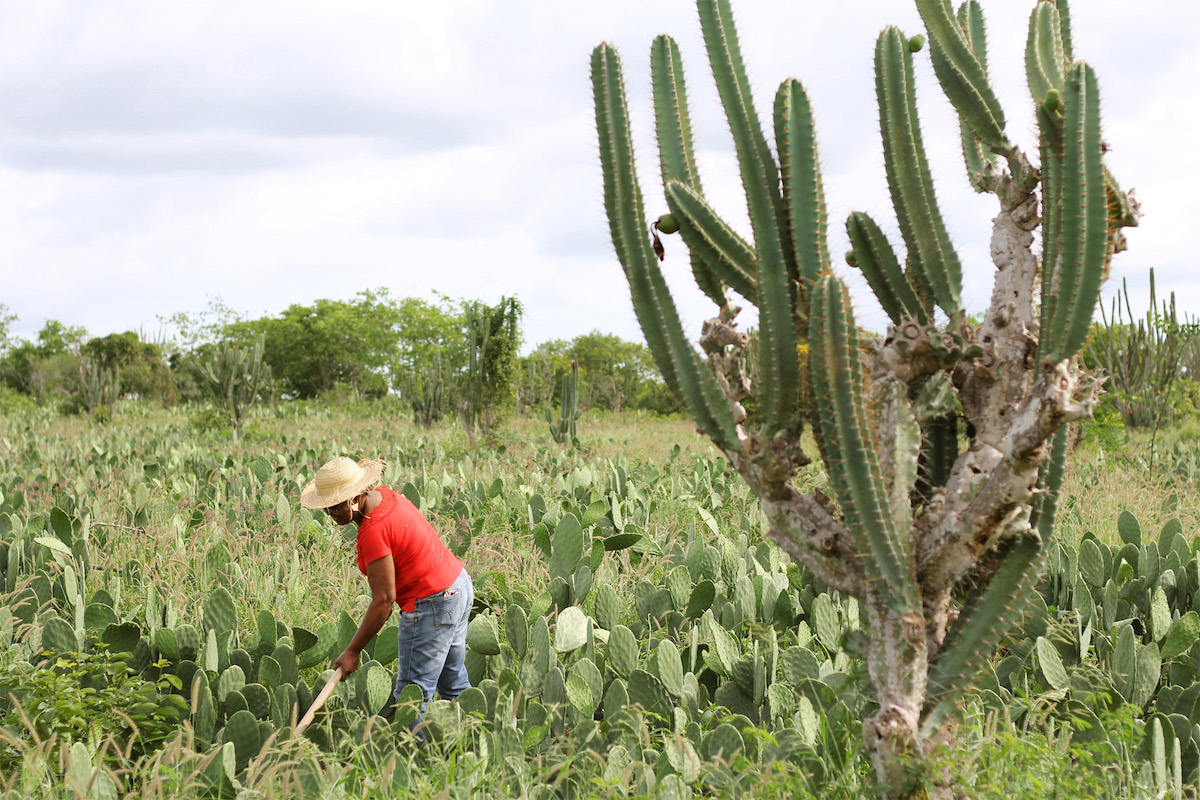 While umbu is the main native tree Caatinga farmers are cultivating right now, it’s hardly the only option. Other species native to the Caatinga also offer unexplored potential. The licuri palm (Syagrus coronata) bears a fruit like a tiny coconut that looks like an almond or a peanut inside. The flavor is reminiscent of dry coconut, and the fruit can be eaten raw. It is used for candies and can produce cooking oil. Some regional cooperatives and companies have recently begun to process and sell the fruit.

The fruit of the mandacaru is another with market potential. Besides the fame from Luiz Gonzaga’s song, the cactus is also similar in color, shape and flavor to dragonfruit, an exotic fruit already sold in major Brazilian cities and around the world. During the dry season, when even the prickly pear cactus plantations can become scarce, mandacaru cactus and its fruit can serve as animal feed.

Diversifying the species that farmers cultivate could help them produce marketable crops year-round so that they don’t have to rely solely on umbu, which only bears fruit three months out of the year. The pulp factory could also process and get these new fruits ready for the market. 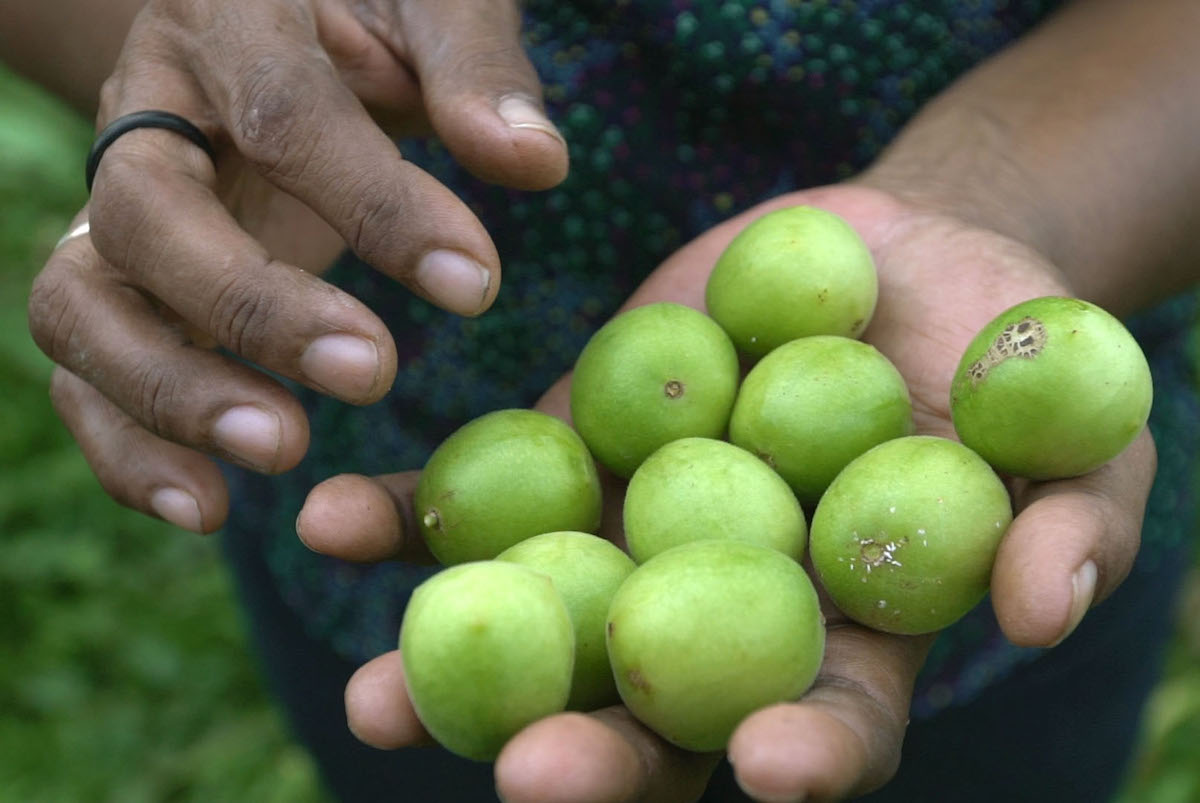 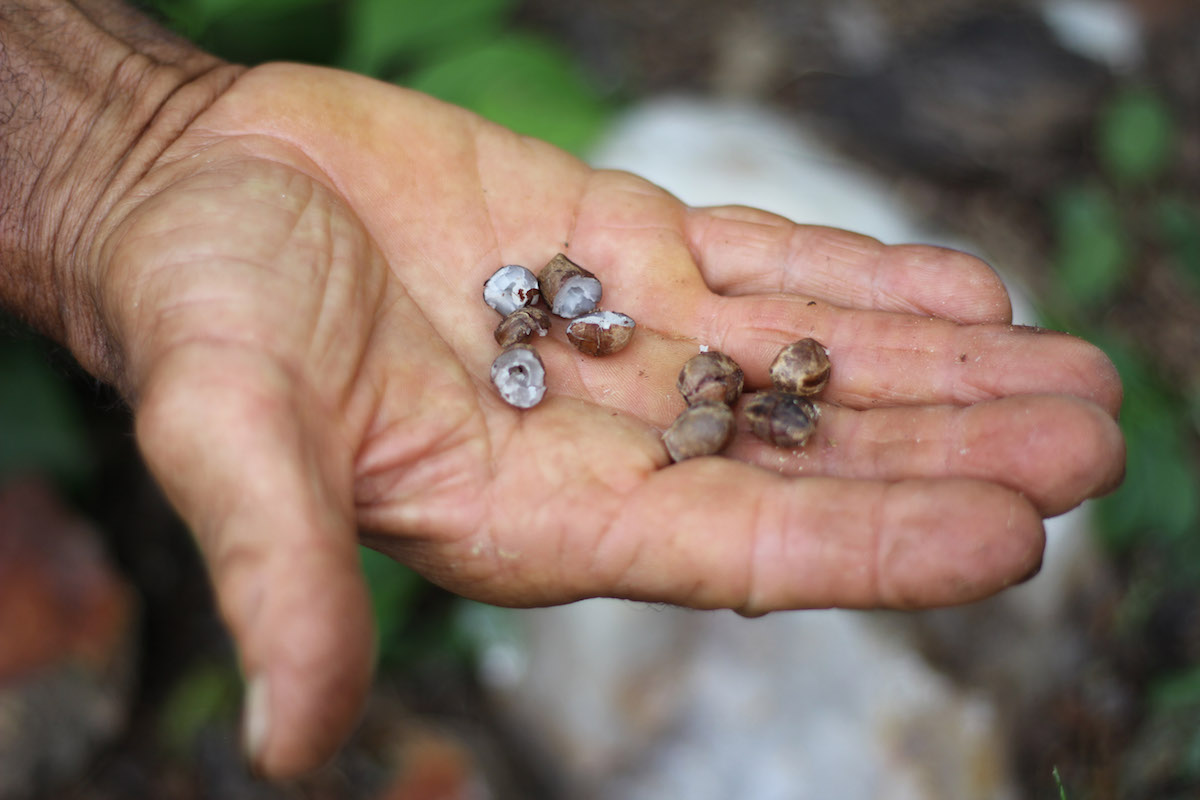 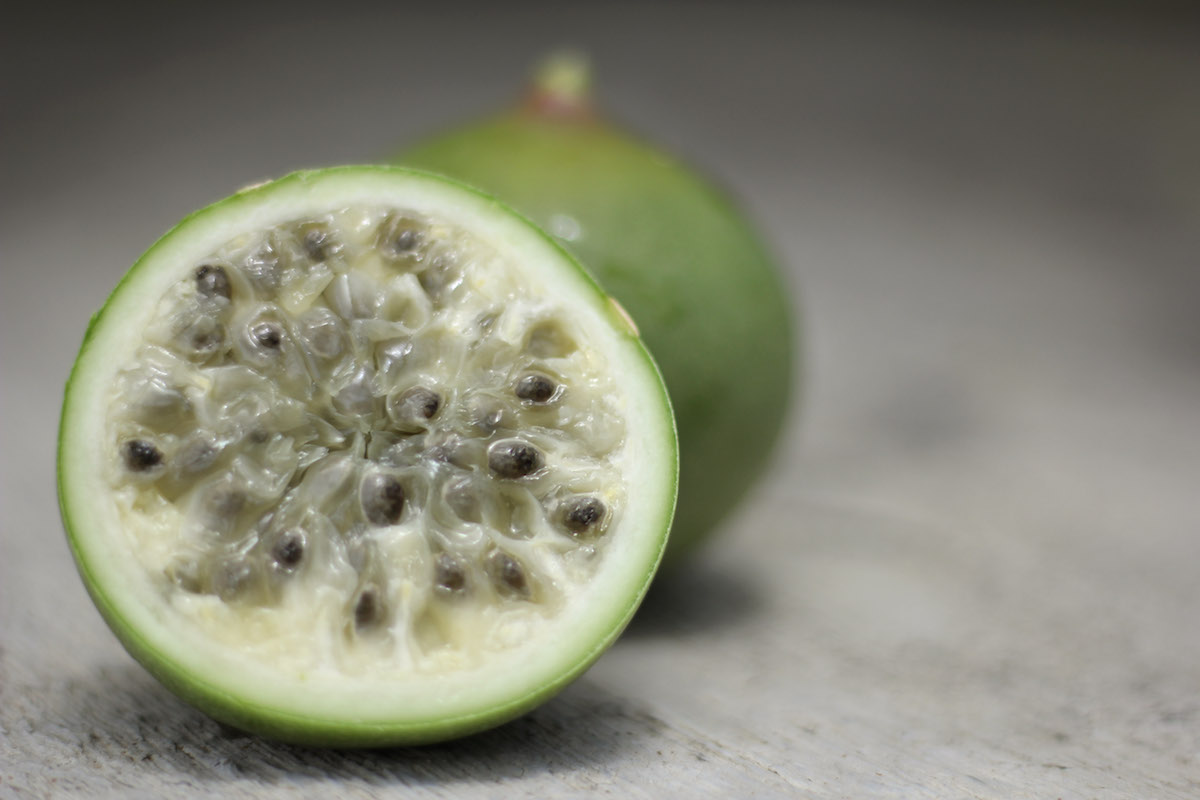 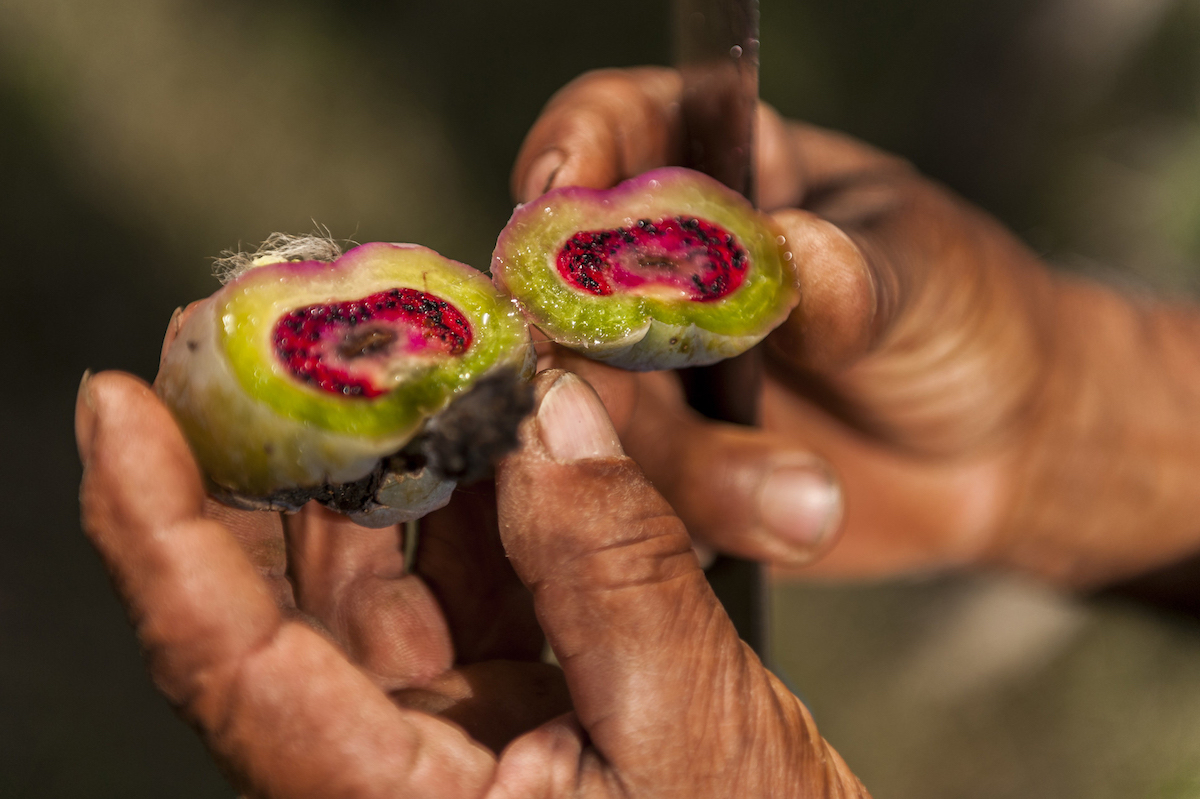 When it's someone's birthday in Pintadas, neighbors will go to their house and surprise them with samba instruments and a party. Vany keeps the tradition. "People without a culture simply aren't a people," she said. (Video: Asteroide)

Learning from the Local Leaders

Vany is surely a leader — not only for adopting agroforestry, but for the community overall. In addition to her dairy farm, she is a primary school teacher, an active participant in Catholic Church groups, an ardent political activist, and a member of the Jacuipe Drainage Basin Territory Women’s Group, which spearheads several initiatives. She knows that spreading agroforestry to farms throughout the area — which is crucial to the Caatinga’s future — will depend on other women like her.

“As they say, there is strength in unity,” she said. “One swallow doesn’t make a flock. We [at the Women’s Group] get together and discuss what’s best for the women of Pintadas. Then we put that into practice.”