Home > Blog > BlackRock Is Getting Serious About Climate Change. Is This a Turning Point for Investors?
Comments
|
Add Comment
|
Print
Tweet

When the world's largest asset management firm, BlackRock, announced sweeping changes to its investment and engagement approach earlier this month, even the cynics among us felt a glimmer of hope.

On January 9, the firm joined the Climate Action 100+, a major investor effort to pressure the biggest polluting companies, signaling an important shift towards a more collaborative approach to corporate engagement on climate change. Less than a week later, BlackRock released two public letters—the annual letter to CEOs from BlackRock CEO Larry Fink and a letter from the firm's Executive Committee to BlackRock's clients—both centered around the firm's new approach to climate change.

These changes are sorely needed, particularly in this critical period as we build towards COP26 in November, when countries have agreed to revisit their emissions reduction targets as part of the Paris Agreement. Along with government commitments, the world needs investors, including asset managers — who collectively have over $91 trillion in assets—to support a low-carbon, climate-resilient transition with their investments. What exactly did Fink commit to in his letter? Could this year's letter represent a turning point for the investment community towards climate-friendly, sustainable investments?

In his letter, Fink expressed a clear conviction that climate change is driving a fundamental reshaping of finance—and therefore, BlackRock's own strategy. This is distinct from his earlier letters in that he put the climate challenge front-and-center and outlined concrete changes BlackRock is making in the face of that challenge.

In an earlier post, we highlighted specific actions BlackRock could take, several of which were outlined in Fink's letter, including:

The last action item is perhaps the most complex. While BlackRock committed to expanding its offering of sustainable investment products, it stops shy of integrating environmental, social and governance (ESG) screens, and climate change in particular, across all of its passive products (which account for the bulk of the firm's products).

Is This a Turning Point?

BlackRock's announcements have received a lot of coverage as well as responses from activists. The question now is whether BlackRock's commitments could create a tipping point in the financial community. Here are four things to watch to see if this will be a watershed moment. 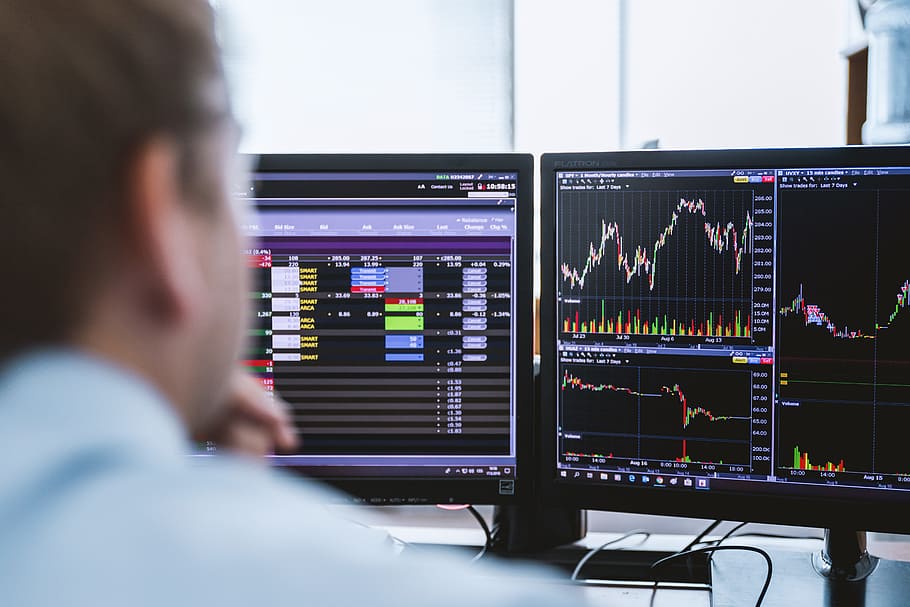 Will the BlackRock announcement create momentum beyond the firm? Photo: pxfuel

1. Will other large asset management firms follow in BlackRock's footsteps?

BlackRock is one of the "Big Three" asset management firms, alongside Vanguard and State Street. Collectively, these firms own about 15% of assets under management globally. Having assets on this scale means they own about a fifth of the shares of S&P500 companies and account for roughly a quarter of votes cast at companies' annual meetings.

Like BlackRock, Vanguard and State Street have been adding more ESG investment products to their offering. However, the firms have come under fire for climate-damaging investments, particularly in fossil fuels. Vanguard has an especially poor record for supporting climate-related shareholder resolutions.

Will Vanguard and State Street feel compelled to keep up with BlackRock by announcing their own bold steps to integrate climate change into their strategies? Will they also join the Climate Action 100+? If not, will activists turn their attention towards them now that BlackRock has committed to stronger climate actions?

2. Will companies provide more meaningful climate-related financial disclosures, causing a cascade of effects in the market?

Three years since the Task-Force on Climate-Related Financial Disclosures (TCFD) released guidelines for reporting climate-related risks and opportunities, companies still aren't providing the kind of information that can reliably inform decisions by analysts and managers.

Fink's letter could change this. The demand for TCFD disclosures from an investor with BlackRock's weight could give companies the push they need, assuming BlackRock keeps the pressure on companies to deliver. BlackRock clearly intends to use this data, for instance by integrating ESG analysis into Aladdin, its risk management and investment technology platform.

Will companies respond to BlackRock's demands and provide decision-useful disclosures on climate-related risks? If so, will investors use this new data to improve their understanding of climate risks, and how will they reallocate capital as a result? Fink himself stated, "In the near future—and sooner than most anticipate—there will be a significant reallocation of capital." It seems like less of a matter of if, but when and how.

Launched in December 2017, Climate Action 100+ is a five-year initiative to ensure the world's largest corporate greenhouse gas emitters take necessary action on climate change. While its recent progress report shows that the effort has had some wins, it also shows that most of the target companies are not yet addressing climate change as a strategic business risk.

This is a concern that Fink seems to share. In his letter, he stated in bold type: "climate risk is investment risk." By bringing its $7 trillion in assets under management to the Climate Action 100+, BlackRock's added punch could help sway companies to meet the group's demands to improve corporate governance on climate change, reduce greenhouse gas emissions and provide TCFD-style disclosures. But that will only happen if BlackRock chooses to use its weight by actively contributing to the Initiative's efforts.

Will BlackRock partake in meaningful engagement through Climate Action 100+? Will companies previously reluctant to meet the demands of the Initiative begin to align their businesses with the Paris Agreement goals to keep global temperature rise well below 2 degrees C (3.6 degrees F) or at 1.5 degrees C (2.7 degrees F)? More specifically, will the coalition make progress with companies on the engagement priorities it laid out in its progress report: lobbying reform, clear goals or targets for emissions reductions towards net zero by mid‑century, and implementation of the TCFD recommendations?

Fink clearly calls on governments to lead the way to a fair and just low-carbon transition. The climate challenge "cannot be solved without a coordinated, international response from governments." His letter is to CEOs, so it doesn't outline exactly what this governmental response should be. But other investors have shared their ideas. Last December, 631 investors managing more than $37 trillion in assets (not including BlackRock) urged governments to limit warming to 1.5 degrees C and outlined specific measures, including ending fossil fuel subsidies.

Will governments respond to this call? And will BlackRock sign the next such investor statement?

The early January developments with BlackRock are the type of positive commitments and support for collective action we need from financial actors to confront the climate challenge. Whether these developments mark a turning point will depend, to some extent, on how other actors—investors, companies, and governments—respond.

But much will also depend on how BlackRock follows through on what it laid out. Will its new product offerings employ meaningful sustainability criteria? Will treating climate risk as investment risk lead to significant shifts in how it manages all its passive strategies? Will the firm actively participate in Climate Action 100+, for example, by joining company engagement working groups? Will it improve its voting record on climate-relevant shareholder resolutions? Will the firm begin exercising its vote against directors who do not support climate-informed corporate governance?

How BlackRock will proceed remains a question mark. But the firm is under close watch by those that seek to hold it accountable and push it to do more. Not following through seems unlikely since it would raise reputational risks. Moreover, Fink himself seems to understand the case for climate action. We are cautiously optimistic that BlackRock will fulfill its commitments, and we'll be watching to see what other changes it triggers.