Since it took effect in 2009, carbon emissions from power plants in RGGI states have fallen by 47%. This decline is 90% greater than in the rest of the United States. Meanwhile, economic growth in the RGGI states outpaced the rest of the country by 31%. It can be challenging to assess how effective the RGGI program has been because many factors play a role in the region’s carbon dioxide emissions level, but several studies have found a positive impact. One found that RGGI was the dominant factor in the emissions decline.  In addition to CO2 reductions, RGGI yielded a net benefit in economic activity of $4.7 billion and thousands of additional jobs between 2009 and 2017. Public health benefits associated with air quality improvements have been estimated at nearly $6 billion between 2009 and 2014.

Pennsylvania’s entry into RGGI would mark the program’s largest expansion in terms of covered emissions since its launch. That’s particularly significant.

The Keystone State is also a big fossil fuel consumer and fourth-biggest carbon dioxide emitter, with more than a third of that coming from the electricity sector. Under RGGI’s cap-and-trade program, Pennsylvania will curb carbon pollution from its power plants, which still rely on a heavy mix of coal and natural gas. Owners of fossil-fueled power plants with a capacity of 25 megawatts or more must possess an allowance for every ton of carbon dioxide they emit, which gives them an incentive to lower emissions from fossil fuel use. 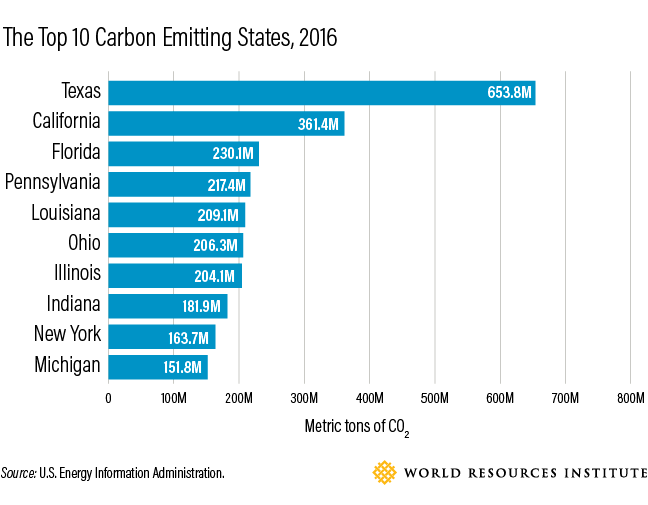 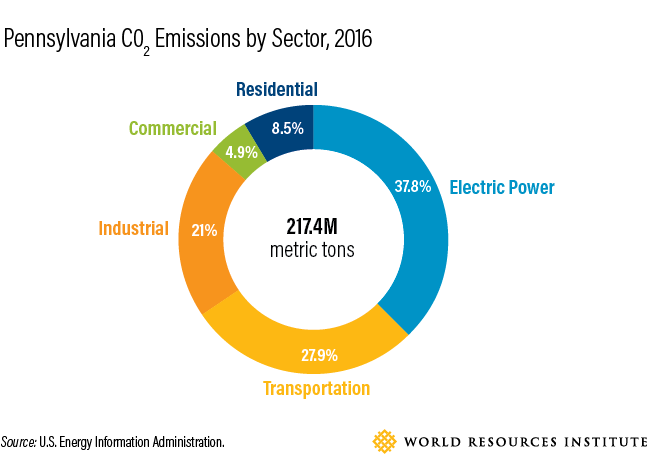 Even though natural gas power plants emit around 50% less carbon dioxide than coal-fired power plants, if power grids continue to rely heavily on these plants emissions will still be too high by mid-century to limit global warming to 1.5 degrees C (2.7 degrees F) above pre-industrial levels, which is what the Paris Agreement calls for. Meanwhile, new investments in natural gas generation risk becoming stranded well before then, as the cost of clean energy continues to fall. Participation in RGGI can help Pennsylvania reduce emissions from coal-fired power plants in the near-term while also making zero-emission power more competitive over the long term. This is especially important for Pennsylvania given its significant reliance on nuclear power (39% in 2018). The risk that some nuclear power plants could retire prematurely due to market conditions can be a major threat to Pennsylvania’s attainment of carbon reduction goals.

A cap on carbon emissions from electricity is critical, but it won’t solve all of Pennsylvania’s energy problems.The state also needs to address methane emissions, which have over 80 times the warming power of carbon dioxide over a 20-year time frame. The state’s methane emissions are estimated to be five times higher than what oil and gas companies report to the state Department of Environmental Protection. Pennsylvania will need to take bold action to compensate for the current U.S. administration’s rollback of federal standards.

Pennsylvania should also update policies intended to drive investment in low- and zero-carbon energy sources. While the Commonwealth was one of the first states to adopt an alternative energy portfolio standard, its current standard is much weaker than what other states have adopted more recently and long overdue for a revision. As a result of the way it is structured, the pull for renewables into the market is quite limited. NRDC modeling reveals that unless carbon limits are accompanied by stronger incentives for renewables, Pennsylvania’s emission reductions could be achieved almost entirely by accelerating coal-to-gas switching and reducing electricity exports.

Moving forward, Pennsylvania should also consider expanding its policy of putting a price on greenhouse gas emissions from the electricity sector to the rest of its economy. Pennsylvania is already a member of the Transportation and Climate Initiative (TCI) — a regional collaboration of 13 New England and Mid-Atlantic states that aims to develop regional and market-based policies to reduce carbon emissions from transportation. Pollution from transportation accounts for the largest portion of climate-changing carbon emissions in the Northeast (more than 40% across the region). TCI is modeled after RGGI. The TCI states are currently engaged in a policy design process for a cap-and-invest system.