The cities of tomorrow will look very different than they do today. They’ll have to.

How we design cities to accommodate growing urban populations will also have tremendous implications for the planet. “Three-quarters of the world’s population will live in cities,” said WRI President and CEO Dr. Andrew Steer. “That’s where the battle will be fought and won or lost with regards to a sustainable future.”

What these urban transformations will look like was the big topic of discussion at the 2019 Courage to Lead dinner, WRI’s biggest fundraising event. Held at The Shed in NYC’s new Hudson Yards development, the event brought together leading architects, real estate developers, urban planners and other innovators to envision sustainable cities of the future. 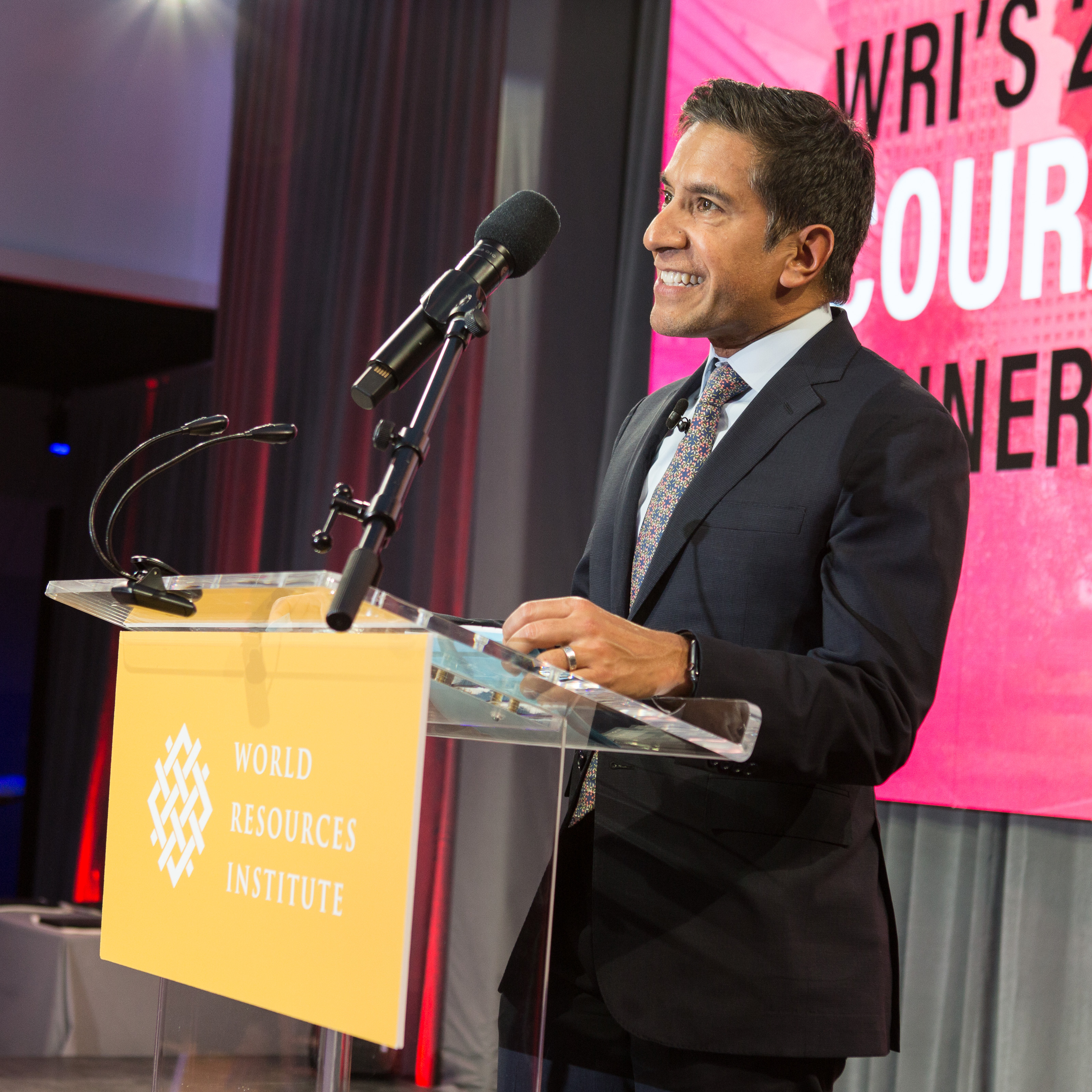 “For us to have a more sustainable planet, cities in the world have to change—not marginally, they have to have transformative change,” said Ani Dasgupta, global director of WRI Ross Center for Sustainable Cities. “And people who live in cities have to be at the center of that change.”

Urban Transformation Around the World

While urban transformation is necessary virtually everywhere, it looks very different from one city to the next. This year’s Courage to Lead dinner saw the inaugural WRI Ross Prize for Cities, honoring impactful projects in cities around the world. With support from WRI Board member Stephen M. Ross, WRI awarded the $250,000 prize to a project that redesigns city streets to save children’s lives in Dar es Salaam, Tanzania.

Some schools in Dar es Salaam see more than a dozen students killed or injured in road accidents every year. Rapid urbanization, rising vehicle traffic and haphazard development have created perilous conditions for pedestrians, especially young children walking miles to and from school every day. Non-profit Amend’s School Area Road Safety and Improvement (SARSAI)program identifies schools with the highest rates of student injury and installs pedestrian crossings, speed humps and other measures to help children get to school safely. So far, SARSAI has helped more than 38,000 students in Dar es Salaam. The project is now working in nine cities across sub-Saharan Africa.

“This is an opportunity for us to spotlight the often-neglected issue of safe journeys for children and the requirements for us to design our cities with the needs of the most vulnerable at the core,” said Ayikai Poswayo, SARSAI’s program director.

Nearly 200 projects applied for the WRI Ross Prize for Cities, with five finalists selected. Other finalists included a waste-pickers’ cooperative in Pune, India; a revitalized marketplace for informal traders in Durban, South Africa; an aerial tram system in Medellín, Colombia; and an urban redesign project in Eskişehir, Turkey. 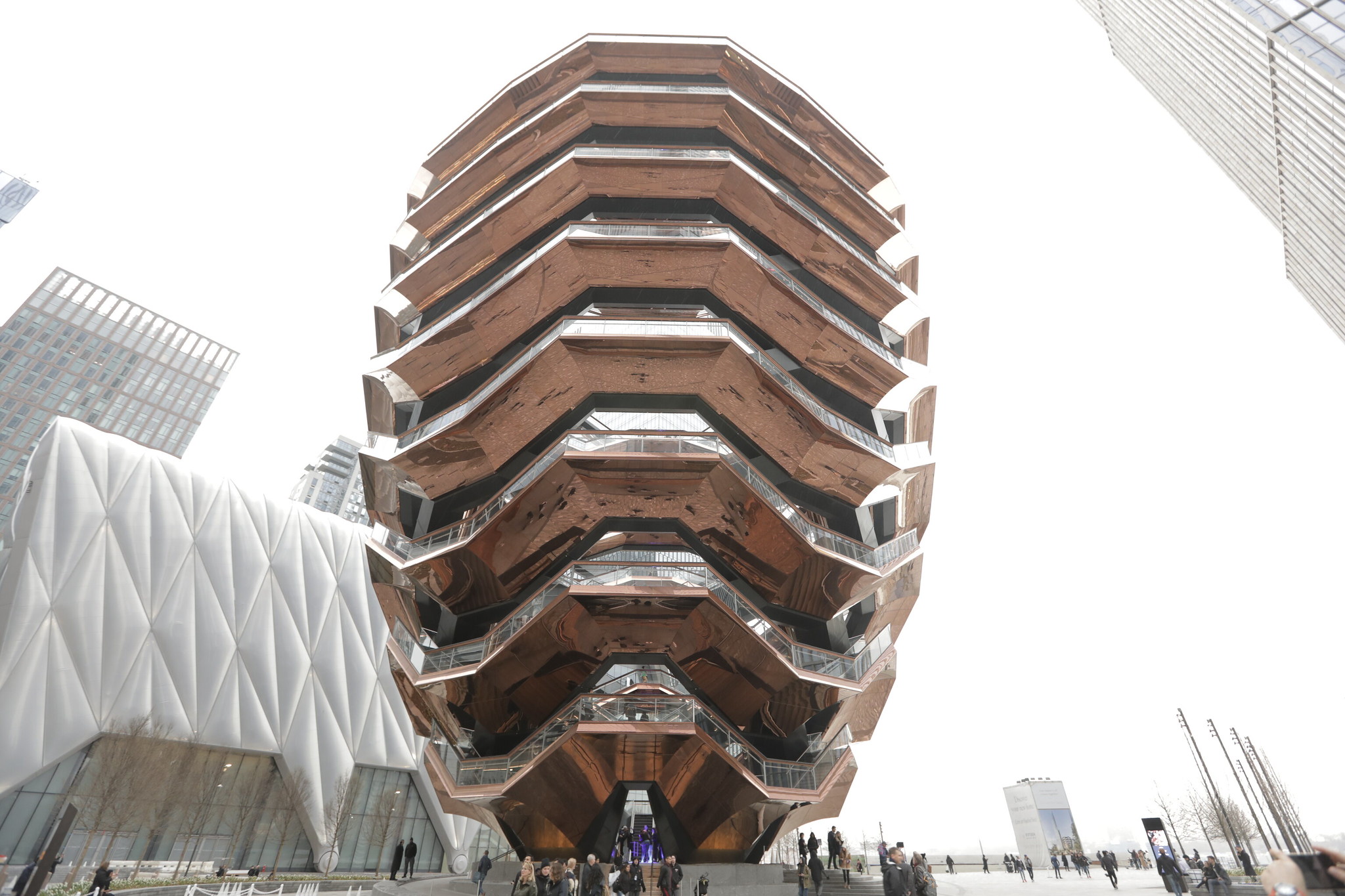 The Vessel, an art installation at Hudson Yards. Photo by WRI

Another example of this kind of urban transformation was visible right at the event venue. Hudson Yards, developed by Ross and his firm, Related Companies, is a massive 28-acre development project. What was once railway tracks and abandoned buildings in a neglected section of Manhattan’s west side is now a mixed-used community of retail stores, condos, corporate offices and art installations.

“[The designers] imagined it not just as this mixed use, 24/7 live-work-play place, which is really the future of urban centers,” said Dan Doctoroff, chairman of The Shed and CEO of Sidewalk Labs. “They also saw it as a technology-forward, environmentally forward place.” 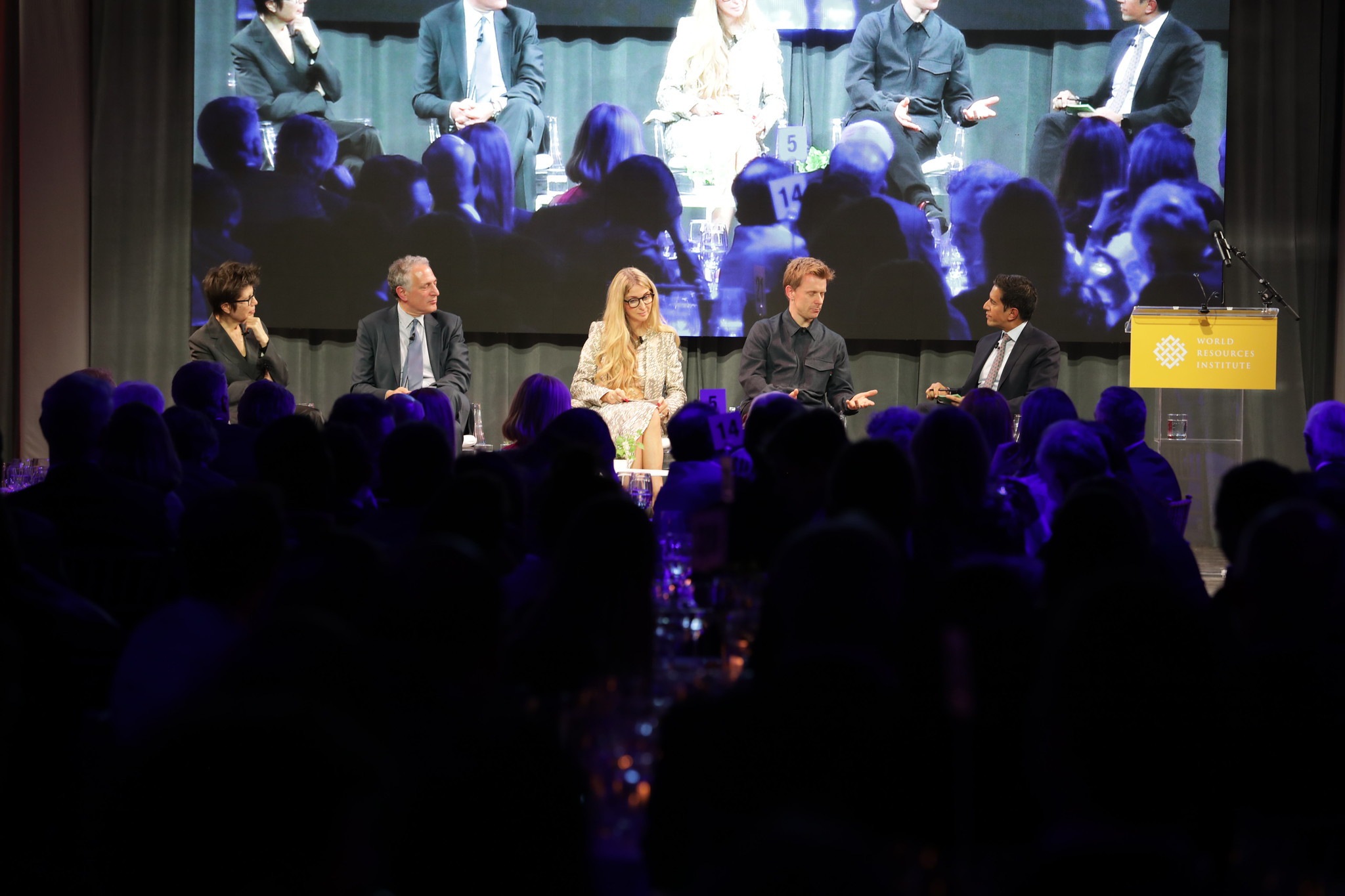 Hudson Yards connects to the High Line, an abandoned railway track turned communal green space. Architect Elizabeth Diller designed both the High Line and The Shed, Hudson Yard’s arts and events space. “In a time of limited resources, looking at obsolete infrastructure like highways, bridges and railway trestles and repurposing them for the public is really, really necessary,” she said. “It’s something that has been shared by many policy leaders around the world and has been picked up [in other cities].”

Learn more about the WRI Ross Prize for Cities and the Courage to Lead dinner.