Urbanization is changing the face of the planet—for better and for worse.

City populations, GDP and investment are increasing exponentially. At the same time, carbon emissions are rising, more and more people are living in slums, and air pollution is a growing threat. Experts point to the need for urban transformation, yet few people have a concrete sense of how to spur and sustain such rapid change.

The WRI Ross Prize for Cities aims to spotlight exemplary real-world examples of urban transformation to help inspire better cities for all. Nearly 200 projects around the globe submitted applications for the inaugural $250,000 prize.

Evaluators recently selected five finalists. These projects—from a waste-pickers’ cooperative in India to a cable-car system in Colombia—begin to paint a picture of what transformative urban initiatives can look like. 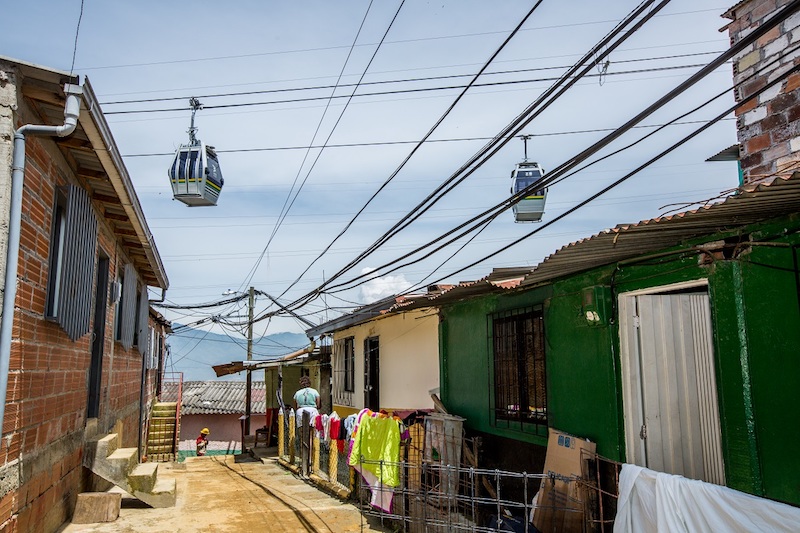 As Medellín, Colombia has spread out along the sides of the Aburra Valley, its poorer neighborhoods have become increasingly disconnected from the city center—not only topographically, but socially and economically. Residents of the city’s hillside slums have historically lacked easy access to jobs, education and other services, with commutes sometimes stretching upwards of four hours a day.

So in 2004, the city’s transit operator, Metro de Medellín, came up with an innovative solution: the world’s first aerial cable-cable car system to be fully integrated into public transport. Connecting to metro, bus and bike stations, Metrocable soars above congested and dangerous streets, connecting the hills to the city center. Travel times have dropped by as much as 60 minutes, and a streamlined ticketing system eliminated double-charging for commuters using both the cable car and metro or bus systems.

Metrocable has redefined residents’ conception of Medellín’s borders, of who counts and who doesn’t. It’s part of a larger shift in the mindset of the city government and establishes a powerful physical and symbolic link between poorer neighborhoods and the city center. 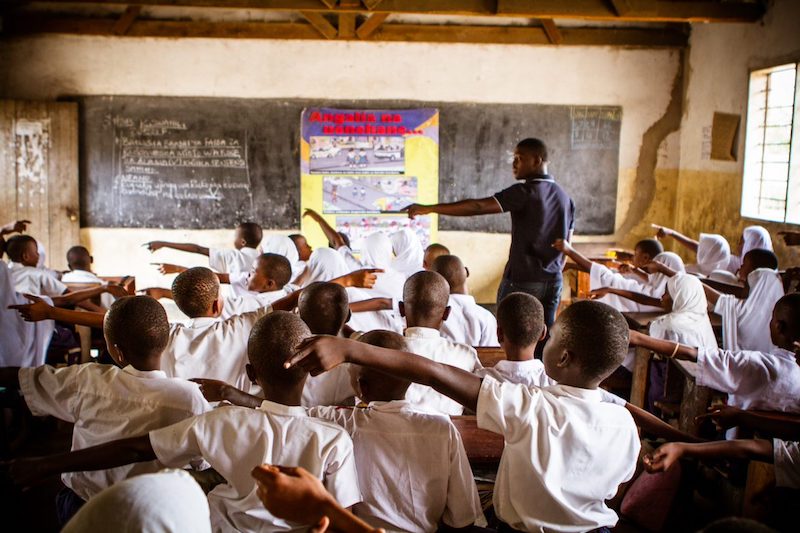 Cities in sub-Saharan Africa face a neglected public health crisis: Children are twice as likely to die in a road crash than in any other region of the world. In Dar es Salaam, Tanzania, the number of fatalities is poised to increase as the city’s population doubles between 2012 and 2030 and car ownership rises.

In 2014, the non-profit Amend set out to reverse the tide with its School Area Road Safety Assessment and Improvement (SARSAI) program. Starting in Dar es Salaam but quickly spreading to more than a dozen countries, the approach is attractively simple and low-cost: In each of their target cities, Amend partners with the local government; identifies schools with the highest rates of injury and death; implements safety infrastructure such as gates, sidewalks and pedestrian crossings; and works with students to teach them safer ways of crossing the street.

The SARSAI program has helped 70,000 primary school students get to and from school more safely. Amend is changing mindsets by putting children’s road safety on the political agenda while helping kids understand that their safety, mobility and freedom matters. 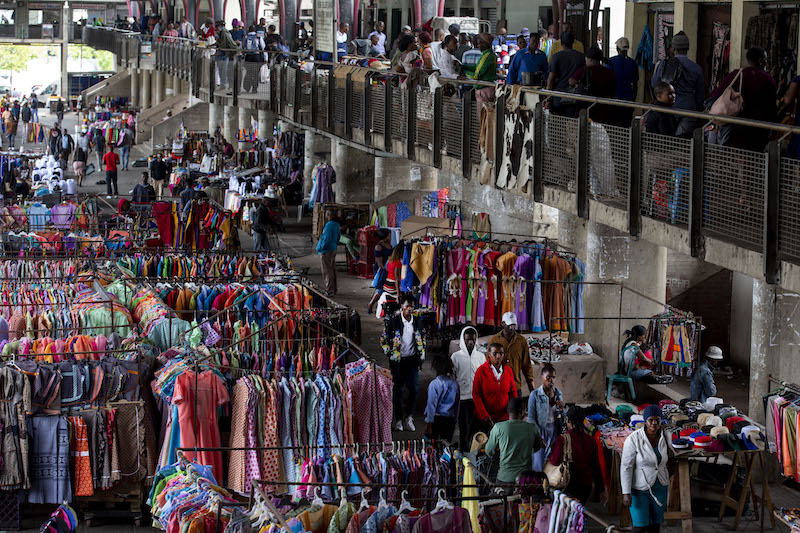 Between 6,000 and 9,000 informal vendors ply their wares at the markets in Warwick Junction. Photo by Jonathan Torgovnik/Amend

Informal workers like waste pickers and street vendors are the backbone of many cities around the world. By some accounts, they represent 50 to 80 percent of urban employment globally, yet they’re largely left out of public policy decisions.

Since 2008, Asiye eTafuleni (AeT) has helped change this dynamic in South Africa. In Durban’s Warwick Junction, AeT has worked with informal vendors to save the historic central market from being redeveloped into a shopping mall that would displace more than 3,000 jobs. Through collaborative design, training and advocacy, AeT has helped secure a voice for workers in city decision-making processes. Informal vendors now have the right to operate in the market and have become active participants in redesigning some areas. They’ve been able to secure cleaner cook stations, safer storage spaces and more.

What was once the black entrance to an all-white city during apartheid, Warwick Junction is now becoming the gateway to a more inclusive city. Beyond directly benefiting the livelihoods of more than 6,000 informal vendors, improvements have increased local access to affordable goods and produce. 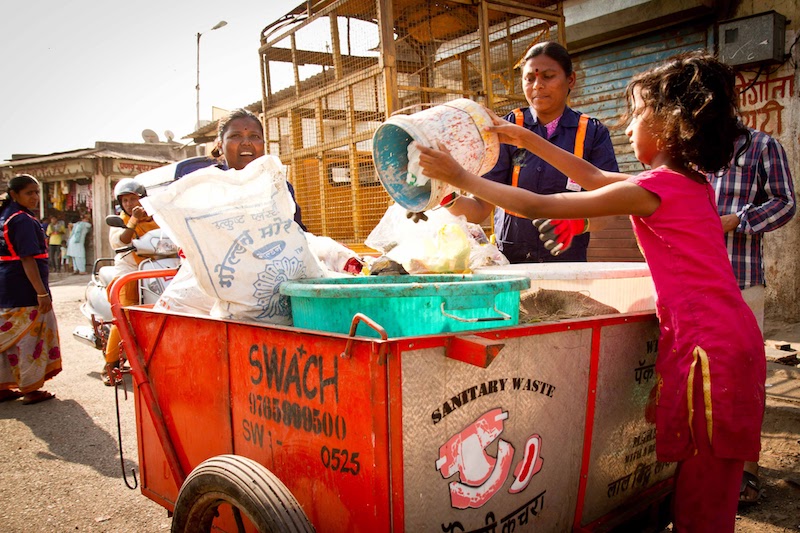 Most of SWaCH’s more than 3,000 members are women and Dalits (formerly known as “untouchables”), who have gone from outcasts to valuable service providers. Photo by Brodie Lewis/SWaCH Pune Seva Sahakari Sanstha

Waste collection is a huge problem for many rapidly growing cities. By 2050, South Asia will double the trash it produces to more than 660 million tons annually. In Pune, India's first worker-owned waste-pickers’ cooperative is not only helping to create an efficient waste-collection system that reaches more residents, it’s showing cities how to incorporate informal workers into a modern economy.

SWaCH Pune Seva Sahakari Sanstha (SWaCH) is owned and operated by its more than 3,000 members, most of whom are women and Dalits, formerly known as “untouchables.” This dedicated force provides door-to-door waste-collection services to more than 2.3 million residents, including more than 450,000 slum dwellers. Members collect more than $6.8 million in user fees each year and recycle more than 110 million pounds of waste, cutting as much greenhouse gas emissions as taking 32,000 passenger vehicles off the road. 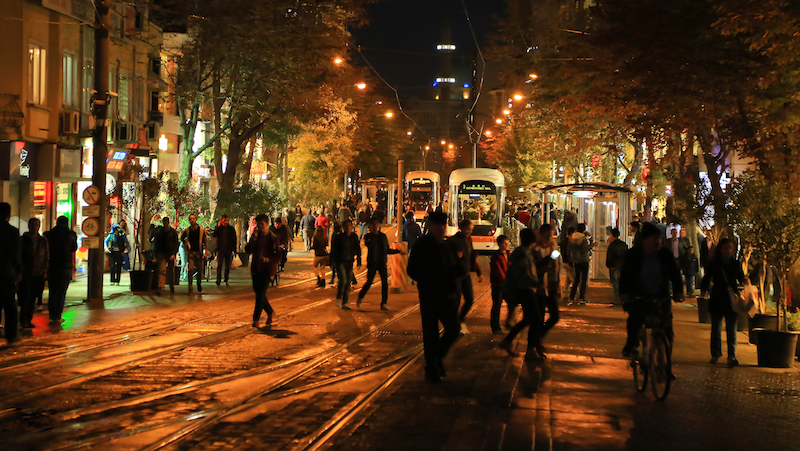 An extensive electric tram network is part of a broader effort to reduce car congestion and pollution in Eskisehir’s city center. Photo by Eskisehir Metropolitan Municipality

Urbanization often goes hand-in-hand with environmental degradation, including waste disposal problems, poor water and air quality, and the loss of wetlands and forests. In the post-industrial city of Eskisehir, Turkey, congestion was clogging the city center, and the central Porsuk River became one of the region’s most polluted bodies of water.

To combat these issues, the Eskisehir Metropolitan Municipality created a network of natural infrastructure to restore the Porsuk, expand public green spaces and link the entire corridor with a sustainable public transport network.

Since the project launched, green space per city resident has increased 215 percent, 24 miles of electric tram lines move more than 130,000 people per day, and the city has become a hub for domestic and international tourism.

The finalists reflect the creativity spurred by a global move to cities and the potential for sustainable cities that work for people and the planet. In the coming weeks, we’ll be exploring these pioneering projects in more depth. In April 2019, one will be selected as the winner of the $250,000 WRI Ross Prize for Cities.