The Yuba Water Agency (YWA) provides water, flood control and hydropower to communities in Northern California, as well as water to cities and farms across California through the State Water Project.

For the agency and everyone they serve, wildfires are bad news. In addition to endangering YWA's workers and customers, sediment from a wildfire could clog the agency's reservoir, damaging its infrastructure and increasing operating costs.

Wildfires are increasing in number, scale and intensity throughout California. Massive fires erupted recently to the west in Mendocino and to the southeast in Yosemite. YWA can't help but wonder if their watershed is next.

Across the country, concerned groups ranging from utilities to transportation departments to water-dependent companies are wondering what they can do to reduce wildfire risk in fire-prone areas. These entities may soon look to Yuba to learn about a pioneering approach to financing risk reduction: This week, project developer Blue Forest Conservation (BFC) and World Resources Institute cemented funding for a $4.6 million forest restoration project through the first-ever Forest Resilience Bond (FRB).

The FRB is an innovative financing tool that raises private capital to fund interventions such as forest restoration that reduce the chances of fire. Investors provide capital to fund project implementation. Stakeholders that benefit from restoration—fewer fires mean lower costs—reimburse the investors over time.

In Yuba, the FRB helps to ameliorate concerns about fire during one of California's worst fire seasons on record. Activities to restore land across 15,000 acres of the Yuba watershed, including prep work to thin trees and clear brush, have already begun. As the inaugural FRB project, the Yuba pilot will do more than just reduce fire risk locally—it will test the feasibility of extending the FRB to additional landscapes at risk of fire.

The Cost of Fires

While Yuba has managed to escape the impacts of large-scale fire to date, the risk of future catastrophic fire is among the highest in the western United States. The Tahoe National Forest, which supplies and filters the water that makes its way to Yuba County, is dangerously full of dry, overgrown and dead trees—the result of a changing climate and a legacy of wildfire suppression. Fire risk has tripled in this area over the last eight years, a startling and dangerous trendline that suggests a severe fire is a matter of when, not if. 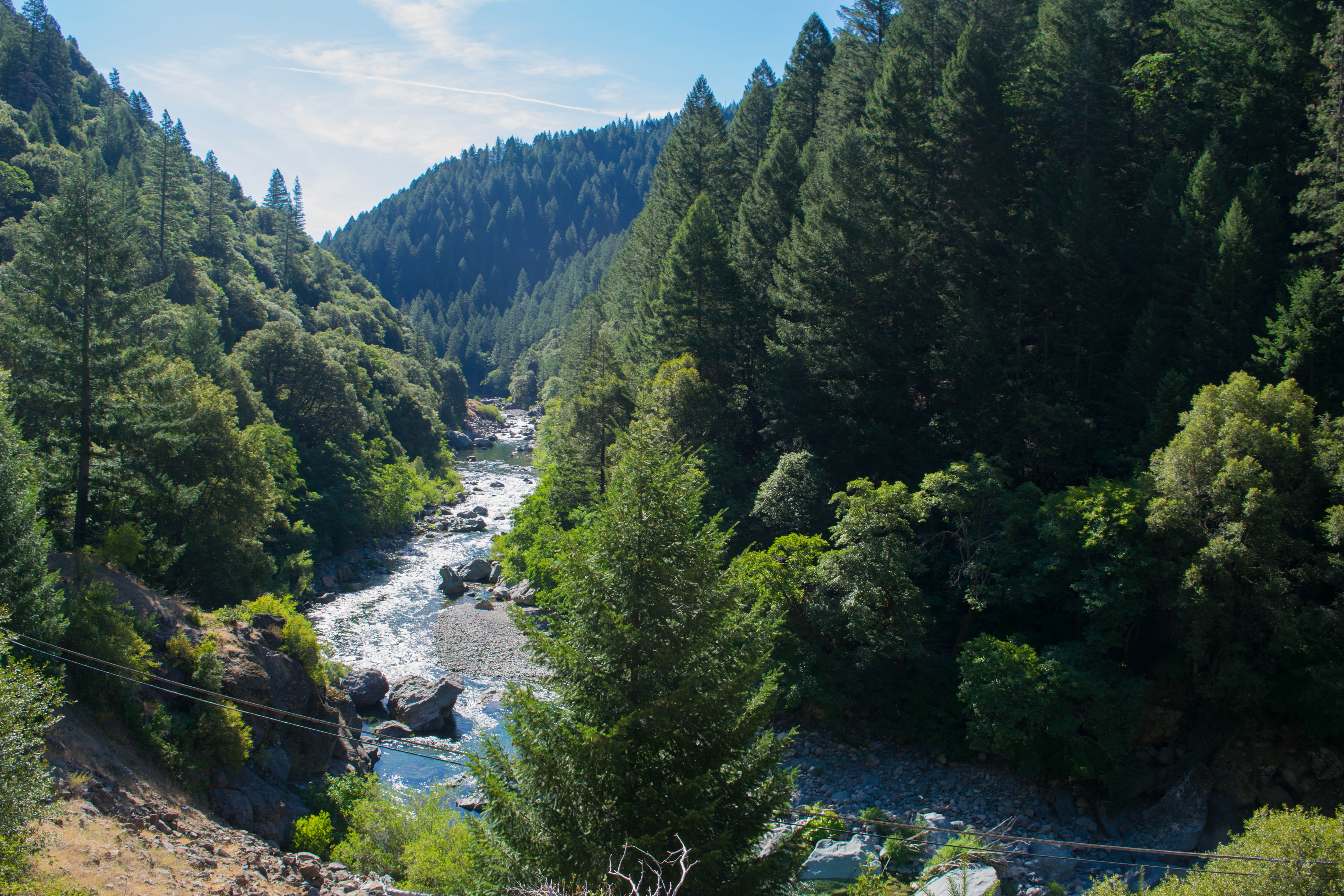 The impacts of even a small fire in Yuba would likely extend for hundreds of miles, and the costs of response and recovery would fall on many shoulders. The Forest Service pays for a majority of firefighting costs and post-fire stabilization and the state Department of Transportation has to pay to clear debris from roads and bridges. Woody debris and ash make their way into reservoirs, clogging hydroelectric plants and driving up costs for electrical utilities. Sediment, soot and fire retardant cause major water quality issues for water companies. Industries that use forested areas or forest products—from ski lodges to papermills—lose revenue. And of course, human lives and property are put at risk.

Stakeholders such as the Forest Service, utilities, and state governments have an interest in averting severe wildfire, not only for the public good and forest health, but because there is a compelling business case for doing so. However, each group lacks the capacity and resources to address this problem alone. The Forest Resilience Bond provides, for the first time, the chance for a diverse set of actors to band together to reduce the risks of catastrophic fire that could harm them all.

Who Invests, and Who Benefits

In the face of these challenges the FRB provides a mechanism for those who benefit from forest restoration to share the cost of paying for it. By utilizing private capital from investors to pay for restoration upfront, the FRB rapidly lowers the risk of catastrophic wildfire. Then, land managers (like the Forest Service), state agencies and other beneficiaries pay back investors over time as the risk of fire to their infrastructure, communities, and bottom lines is reduced. Investors earn a return, wildfire risk is reduced, and multiple stakeholders benefit from a healthier forest and community—everybody wins. 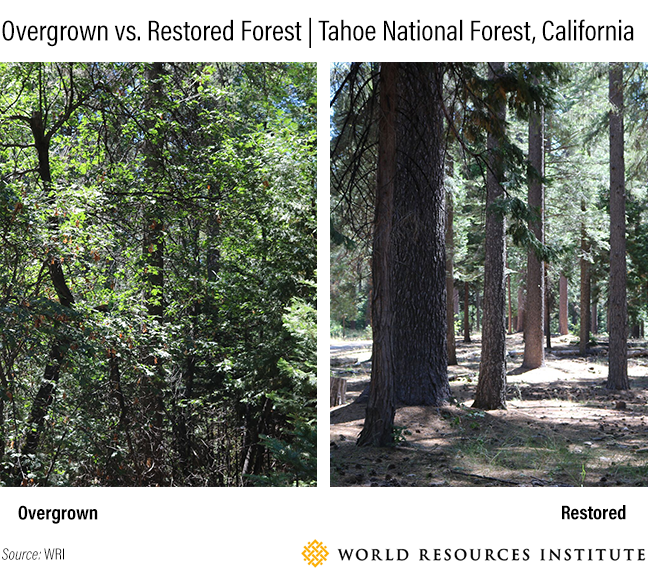 Investments in the Yuba pilot came from the Rockefeller Foundation, Gordon & Betty Moore Foundation, Calvert Impact Capital and CSAA Insurance, each of which is investing for its own reasons. In addition to the promise of a return, the mission-focused foundations are investing with the knowledge that this project will boost public and forest health. Calvert, an impact investing leader focused on triple bottom line returns, is drawn to the joint promise of a competitive return and positive impact. As a AAA insurer offering insurance to members in Northern California, CSAA sees investing in the FRB as a way to diversify its portfolio while supporting the communities in which it operates.

Two beneficiaries—YWA and the State of California—will reimburse private investors over time. YWA has committed $1.5 million, and the State will provide $2.6 million in reimbursable grant funding. The Tahoe National Forest will provide in-kind support and services and has provided all the resources associated with planning and permitting the project. The National Forest Foundation will serve as one of the project's primary implementation partners, leading much of the forest restoration work on the ground.

The Future of the Forest Resilience Bond

Wildfires endanger the environment, economies, and health across the western United States. To avoid future catastrophic fires, we'll need to turn to innovative partnerships like the FRB to pay for forest health interventions across the fire-prone West. The FRB pilot in Yuba is the first instance in which private capital has been mobilized to fight wildfires in the U.S., but with more than 50 million acres of National Forest land at risk of burning over the coming year, we will need a lot more new ideas like this one.