Home > Blog > U.S. States, Cities and Businesses Are Cutting Emissions, and Poised to Do Even More. New Report Does the Math
Comments
|
Add Comment
|
Print
Tweet

States, cities and businesses are significantly decarbonizing the U.S. economy—even in the absence of federal climate action.

America’s Pledge has released a new report, Fulfilling America’s Pledge, with analysis from WRI, University of Maryland, Rocky Mountain Institute and others, that examines what U.S. states, cities, businesses and others can do to help achieve the 2025 climate goal. The report shows that policies already adopted by states, cities and businesses will reduce U.S. emissions 17 percent below 2005 levels by 2025, approximately two-thirds of the way to the country’s pledge of cutting emissions 26-28 percent by 2025. And they could get even further—by scaling up existing technology and expanding programs and policies, states, businesses and cities could reduce emissions by more than 24 percent from 2005 levels by 2025.

Reengagement by the federal government could bolster these efforts and allow the United States to achieve the deeper emissions cuts that are both possible and necessary to stave off the worst impacts of climate change. But in the meantime, non-federal actors are demonstrating that U.S. climate leadership is thriving.

How States, Cities and Businesses Are Decarbonizing the U.S. Economy

Our analysis shows that current state actions—such as carbon pricing, Renewable Portfolio Standards (RPS), and oil and gas equipment standards—will play a critical role in achieving climate goals. Actions from cities and businesses—such as clean energy goals and building efficiency measures—will further reinforce and potentially amplify this impact. As an example, we estimate that current state and city commitments will more-than-double 2016 non-hydroelectric renewable generation to more than 500 TWh by 2025, enough to power 56 million homes. 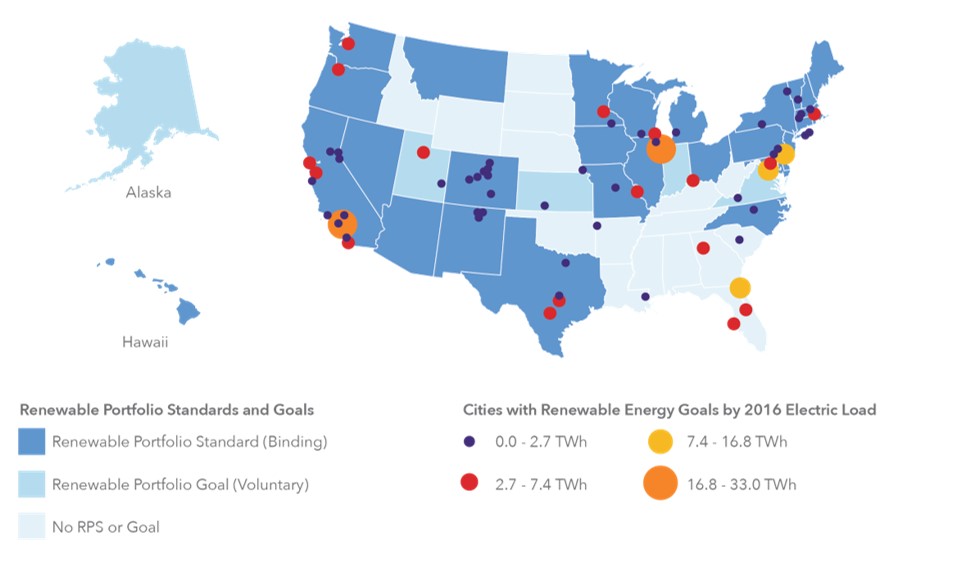 How Non-federal Actors Can Up the Ante

Significant opportunities remain for non-federal actors to further reduce their emissions. Climate action strategies presented in Fulfilling America’s Pledge provide a roadmap for near-term, feasible and high-impact actions, such as: 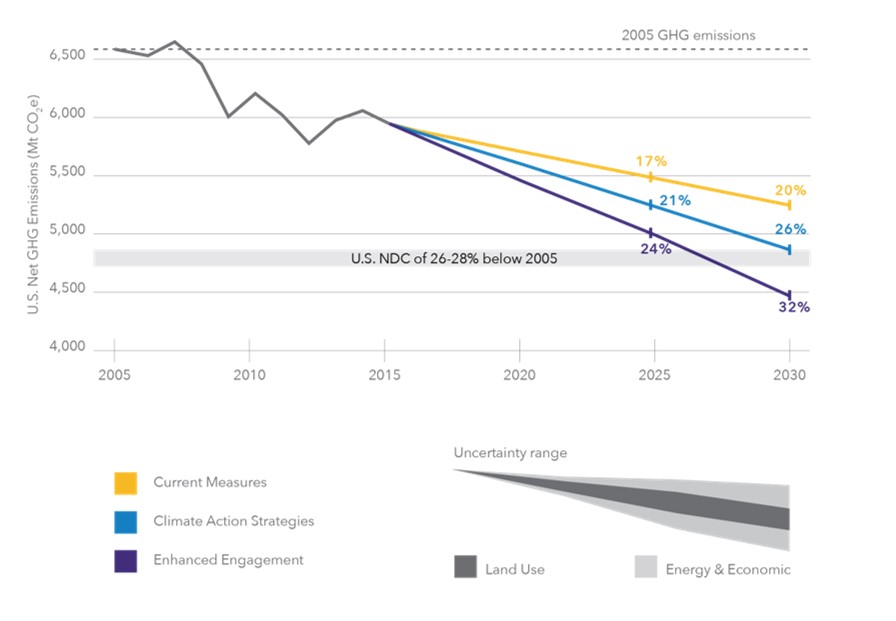 The role of subnational actors could grow further still in the coming years—and it doesn’t need to come to an end once we have federal climate policies in place. Ultimately, climate change is a global crisis that necessitates an all-hands-on-deck approach. Federal-level policies that harness the leadership and unique strengths of local actors can help drive greater emissions reductions than would otherwise be possible, and potentially even greater economic growth and other benefits.

A new report from the New Climate Economy finds that, globally, bold climate action can yield a direct economic gain of $26 trillion cumulatively through 2030, while avoiding more than 700,000 premature deaths from air pollution and generating more than 65 million new low-carbon jobs in 2030.