Khanh Nguy Thi grew up near a coal plant in Bac Am, a village in northern Vietnam. While Nguy Thi's lifelong dream was to become a diplomat, the memory of pollution in her hometown pulled her toward work in water conservation and community development.

In 2011, Khanh founded the Green Innovation and Development Centre (GreenID) to promote sustainable energy development in Vietnam. She also started the Vietnam Sustainable Energy Alliance, a network of 11 Vietnamese and international environmental organizations that collaborate on regional energy issues.

While Nguy Thi was working to keep water clean, the Vietnamese government published its 2011-2020 Power Development Plan, which called for 75,000 megawatts(MW) of new coal-fired power by 2030. In a country where air pollution was already harming public health, the construction of all the coal plants proposed in the plan would mean an additional 20,000 premature deaths per year from air pollution.

Nguy Thi spent the following two years learning as much as she could about coal. In 2013, she produced a study with her GreenID colleagues that outlined a more sustainable future for Vietnam, one that reduced coal's share of the power supply mix in favor of renewable sources. Nguy Thi's detailed examination of the expenses and risk associated with coal, along with trainings she conducted in eight communities affected by coal-related disasters, galvanized a public conversation about clean energy.

Nguy Thi's narrative gained traction in the media, and the government of Vietnam reached out to GreenID to revise the energy development plan. In early 2016, the government announced it would reconsider its plans for new coal plants and affirmed Vietnam's commitment to international climate action. Its revised Power Development Plan incorporated Nguy Thi's recommendation to increase renewable energy – including wind, solar and biomass – to 21 percent of Vietnam's total energy production by 2030.

This story is the reason that Nguy Thi was awarded the 2018 Goldman Environmental Prize for Asia, which recognizes environmental champions from six continents annually. We recently sat down with Nguy Thi to hear more about her story.

KP: You're a prominent expert on the effects of renewable energy on air quality. What inspired you to get involved in the fight for renewables?

KNT: As the head of GreenID, I take on and comment on a number of environmental and energy issues – most extensively, hydropower and nuclear power. I see energy as important infrastructure for national development—it also has a huge impact on economics, environment and society.

Historically, there was very little effort from civil society to work in this field in Vietnam, which is the reason that I started GreenID. I am well aware that the expansion of coal power will threaten our nation, as it is dangerous for water, air, climate and human health. At the same time, I see an opportunity for our nation to move beyond coal, as we have abundant non-hydro renewable energy resources that are now technically and economically feasible to help us achieve multiple sustainable development and climate goals. 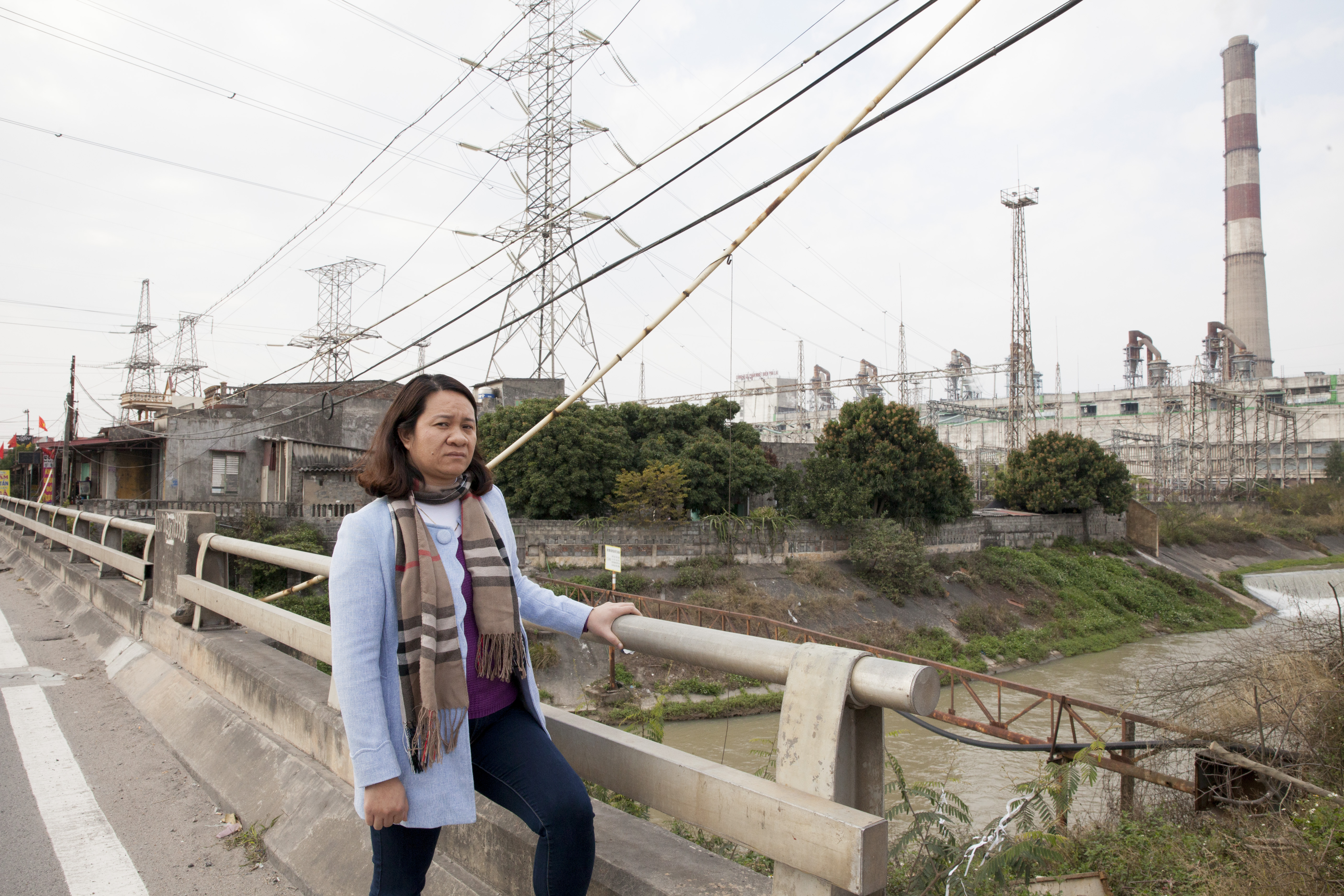 Khanh Nguy Thi next to a river. Photo: Goldman Prize.

KP: What risks does coal pose to Vietnam?

KNT: Coal has caused negative social and environmental impacts and affects directly the lives of thousands of people on the ground. Vietnam is suffering from river erosion, forest and biodiversity loss, downstream floods and social stress related to resettlement of local people. Coal power development leads to unsustainable economic development for our nation.

KP: What is your vision for Vietnam's energy future? What does the country need to do to get there?

KNT: [In the revised Power Development Plan], we propose a power mix reducing about 29.5 gigawatts of coal by 2030, and a sustainable energy system that meets the needs of the present without compromising the needs of future generations. It should ensure a balanced mix of different energy sources, in which renewable energy and energy efficiency should be major components and coal power should be controlled below 30 percent of total capacity.

To get there, Vietnam needs to reform the energy sector to support citizens to participate in policymaking and to become enlightened consumers. Vietnam also needs stronger political will and targets in its Nationally Determined Contributions, in its new Power Development Plan. Changes should include the transfer of power production from large, conventional units to small, decentralized units.

In parallel with reforming fiscal policies in favor of clean energy, Vietnam needs international financial and technological support at all levels to make the energy transition.

KP: You've discussed how urgently Vietnam needs to institute a clean air act. What would this look like?

KNT: A clean air act in Vietnam should allow the environmental protection and health management agencies to set up national regulations on ambient air in order to protect the health of people. This law should also include requirements for data collection and monitoring emissions sources, as well as establish limitations for key pollutants including particulate matter (PM2.5), carbon dioxide, sulfur dioxide, nitrogen dioxide and ground ozone. An action plan to manage air quality and participatory monitoring of enforcement must be set up in this law.

KP: What has been your greatest challenge in your quest for renewable energy?

KNT: My greatest challenge has been my limited time, power and skills to address complex issues at different layers at the same time. Vested interest groups are super powerful, which is also a big challenge. 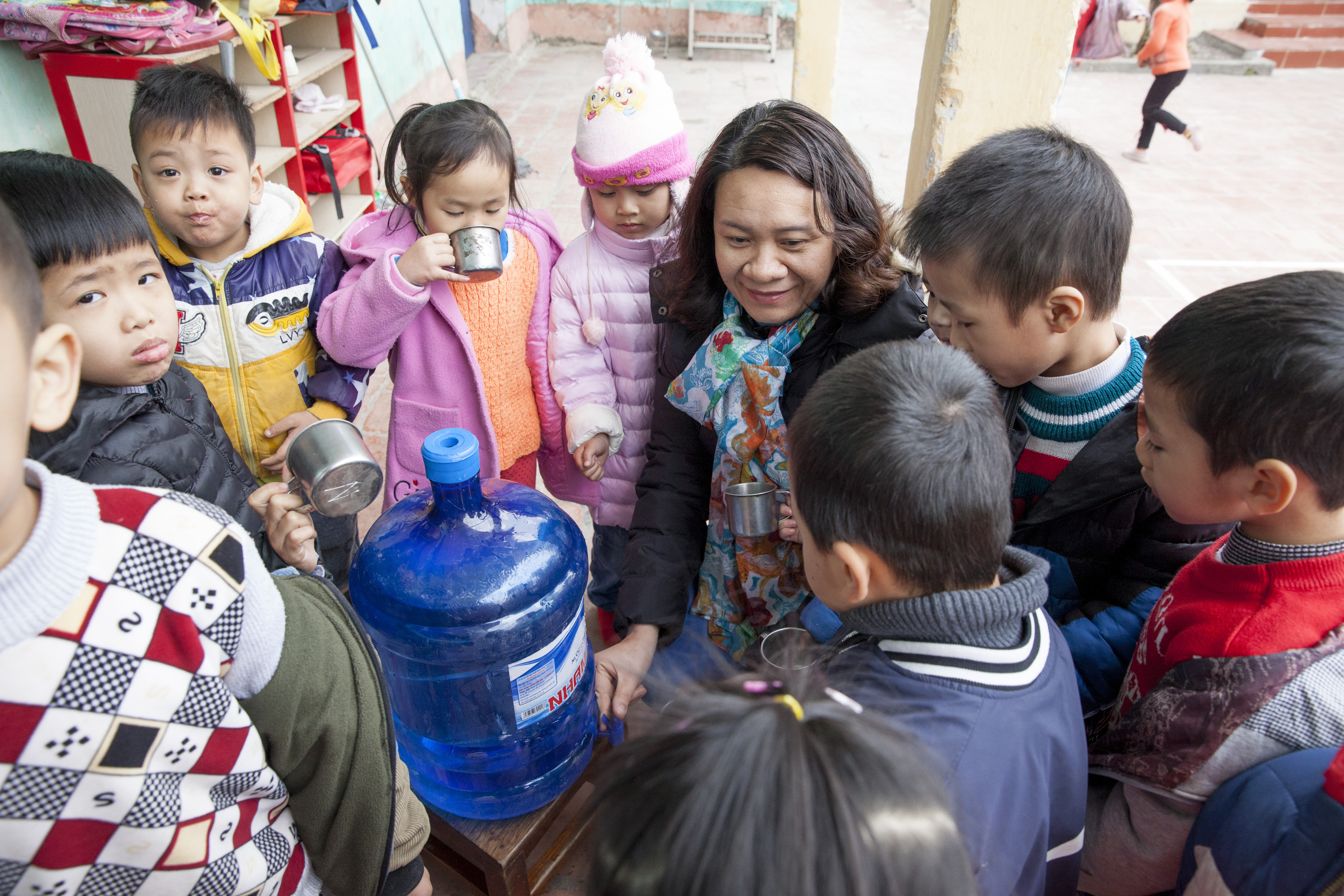 KP: What has been your most memorable or rewarding moment?

KNT: In the same year the government of Vietnam approved the revised Power Development Plant to cut down about 20,000 megawatts of coal production, the National Assembly decided to cancel the first two nuclear power projects for Vietnam.

KP: Women's leadership in the energy sector is still in the minority. How has this dynamic affected your work?

KNT: The energy sector is indeed driven by men worldwide. Changing people's thoughts on the role of women in the power field requires a lot of effort from society and stakeholders. But women have the special role of being mothers, who mostly take care of the food, water and health of their kids. Women can make many impossible things become possible for the healthy future lives of their kids, so I am proud to be a woman in this field.

KP: Stepping up against stakeholders like governments poses a lot of risk for environmental defenders like yourself. What inspires you to keep fighting?

KNT: I have big hope for a better future for my kids and my country. Keeping my thinking positive, emphasizing urgency and making efforts in relationship- and trust-building are my principles and motivation to keep fighting.