Controversy is inherent to science. When scientists linked chlorofluorocarbons to ozone depletion, the chemical industry attacked. When water fluoridation projects cropped up across the country in the 1950s and 60s, conspiracy theorists called them a communist plot. Even Galileo got lambasted by friends and foes for claiming the Earth went ‘round the sun.

“In case and case again, when science comes up against a world view, people try to shove it aside,” said Michael Halpern, deputy director of the Union of Concerned Scientists’ Center for Science and Democracy.

But we’ve now entered a new world order when it comes to the acceptance — or rather, the denial — of scientific fact.

“What we have now that’s different is it’s jumped over into government a lot more than we’ve ever seen,” Halpern said at a Washington event entitled “The Future of Truth.” “You have people running fringe websites who are now running EPA. You’ve seen these ideas being put forward by people who are now pretty powerful and have a pretty big mouthpiece.”

Halpern joined other scientists, policymakers, lawyers and journalists at the Newseum on March 29. As almost all panelists lamented, never before has the relationship between scientific fact and government been quite so antagonistic. While government officials have always fought over appropriate policy responses, the science underpinning them rarely came under debate before now.

“I don’t know if in my lifetime I’ve ever seen a president of United States assert things without any evidence for the assertion, and then have the power of the government to back up those assertions,” said Bob Inglis, former Republican representative from South Carolina and executive director of republicEn.

“We have a president who is explicit that a fact can be replaced by something more convenient,” said Kelly Levin, senior associate at WRI. “There are dangers to that.”

We’re already getting a taste for those dangers. Since President Donald Trump took office, his administration has called to cut the EPA by 31 percent. Just this week the administration issued a sweeping executive order that took a sledgehammer to U.S. climate action, including rescinding guidance on how federal agencies should factor climate change into project permitting decisions.

These moves threaten citizens’ and decision-makers’ understanding of scientific issues, including one of the greatest challenges the country currently faces: climate change.

“The U.S. government has been playing a leading role in basic climate research,” said Tomás Carbonell, director of regulatory policy and senior attorney at the Environmental Defense Fund. “If these kinds of cuts get enacted, that could really do lasting damage to public trust in government as a source of data, as well as the ability of agencies to carry on credible work.”

And that’s a threat with political and socioeconomic ramifications. Decision-makers won’t have access to information they need to effectively govern — everything from stream pollution data to maps of areas at risk of flooding. Citizens and local communities won’t be able to get information on potential environmental hazards, making it harder to hold government officials accountable for malfeasance. 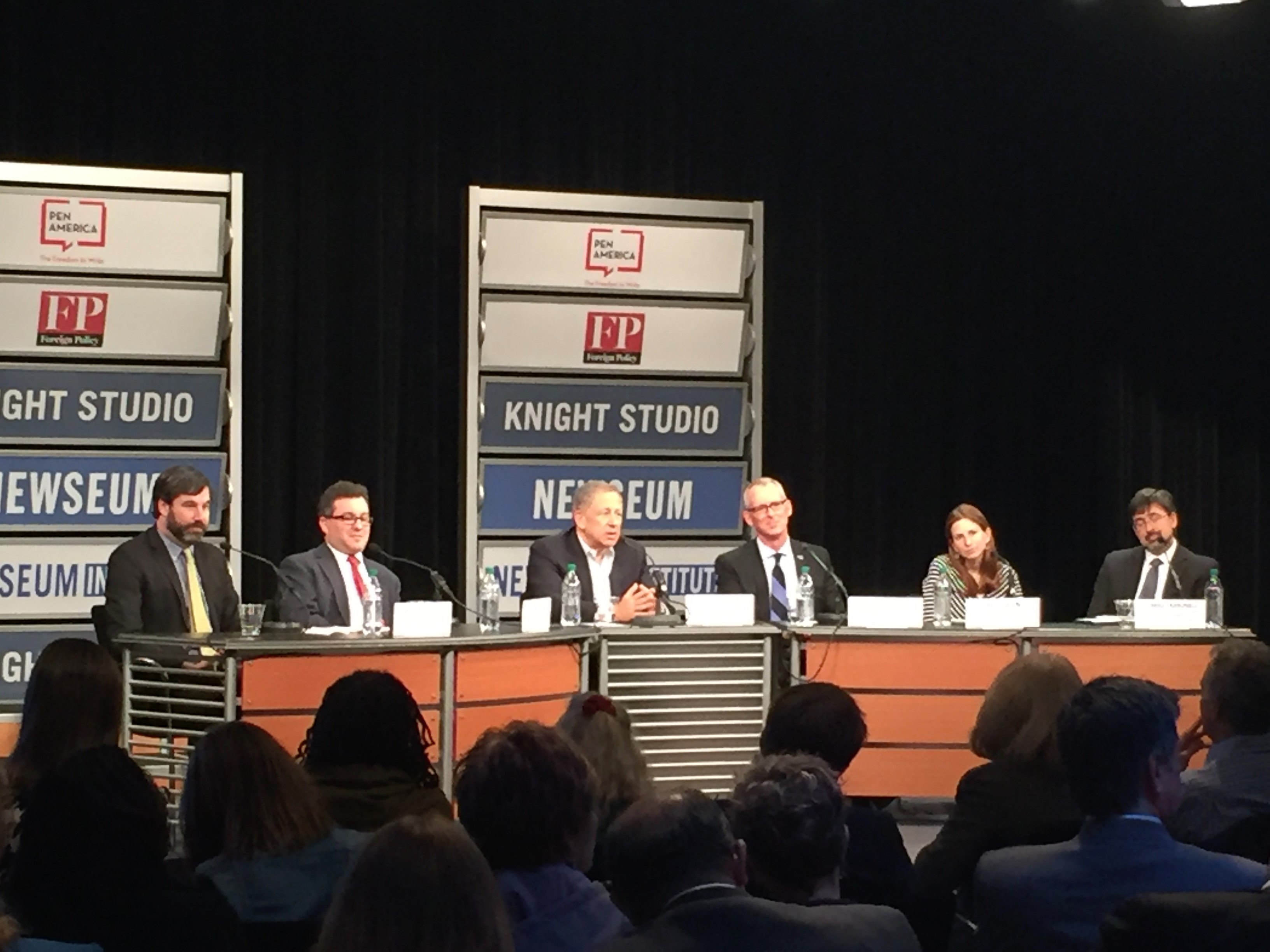 A Call to Action for Scientists

That means interacting with Congress, and even running for election, panelists said. Next month’s March for Science and similar initiatives can also help. “There are calls for scientists to get into their communities more, walk into churches, walk into schools, walk into local representatives’ offices and offer themselves as a real resource,” Levin said.

It also means bringing to light evidence that shuts down special interests’ and other climate deniers’ false claims. “We need to show how a fossil fuel-intensive pathway doesn’t necessarily deliver the benefits folks hope, or how challenging it is to bring back coal jobs because of market forces,” Levin said.

There’s also a role for citizens and public officials to more actively seek out the truth. David Rothkopf, CEO and editor of Foreign Policy Group, pointed out the rise of media “echo chambers” that reinforce existing biases instead of challenging them with new data. Rather than getting information from a diversity of reputable sources — as was common in decades past — people are increasingly relying on social media networks of like-minded people, creating a narrow world view.

“We need the citizenry to actually educate themselves,” Rothkopf said. “To discern what the self-evident truths are and which are not self-evident.”