The UN Convention on International Trade in Endangered Species (CITES) surprised many on October 4th by extending long-overdue protections for more than 250 species of rosewood, a timber rapidly being harvested to commercial extinction.  The move will regulate most internationally traded species of rosewood, helping maintain healthy tropical forest ecosystems, and providing important resources for forest-dependent indigenous and local communities.

The CITES convention, established in 1973, governs the international trade of endangered flora and fauna. It functions principally through two “Appendices.” Appendix I lists species so threatened that no trade is permitted, such as elephants, tigers and rhinos.  Appendix II covers species that may be traded under a system of quotas and permits at levels determined not to threaten their survival. Typically, timber species are listed in Appendix II, allowing sustainable, regulated harvest and trade. This was the case with the global rosewood listing at the CITES Convention of the Parties (COP17), a meeting held in Johannesburg earlier this month.

While some countries already have national limits or bans on rosewood, and CITES already lists some rosewood species from particular countries, the global scale and scope of the new ruling is unprecedented. 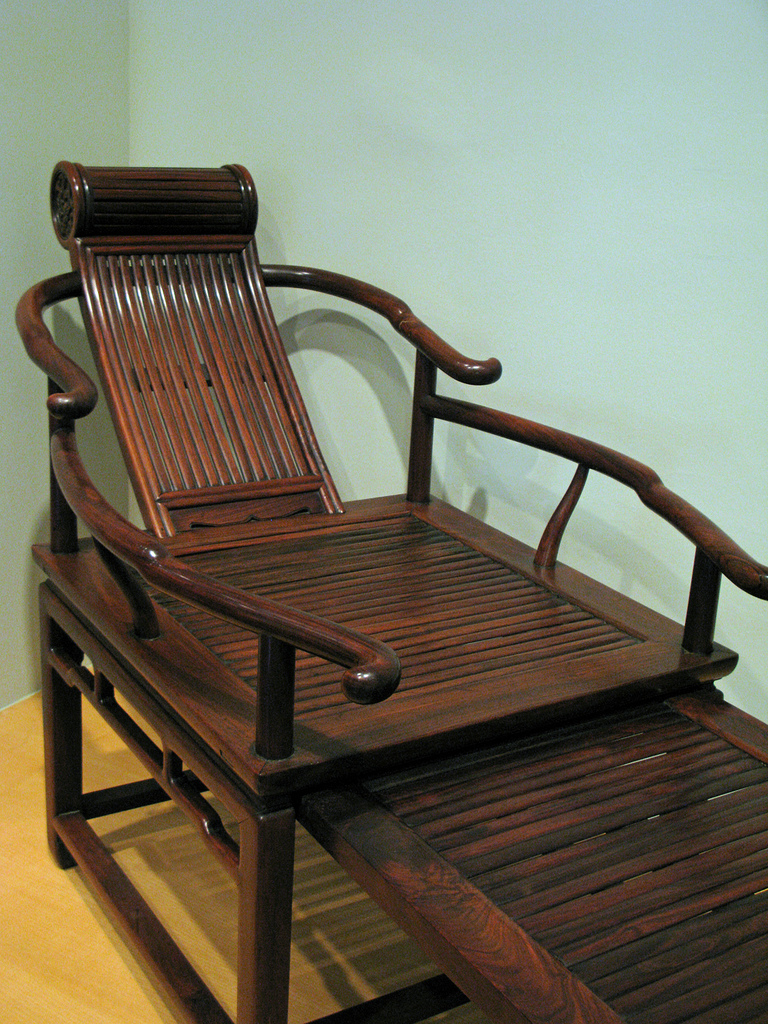 An example of hongmu furniture. Photo by Fresche/Wikimedia Commons

The move comes not a moment too soon. Richly hued rosewood species have long been prized for luxury furniture and musical instruments, but the explosive growth in Chinese demand for classic-style hongmu furniture over the past decade has brought many rosewood species to the brink of extinction. Traffickers are going deep into the world’s remaining tropical forests in a frenzied search for new species to feed the trade and evade national prohibitions.

Rosewood trafficking is big money: The UN Organization on Drugs and Crime’s recent World Wildlife Crime Report concluded that seizures of illegally harvested rosewood between 2005 and 2014 comprised 35 percent of the value of all wildlife seizures during that period – an amount equal to the value of all seizures of elephant ivory, rhino horn, pangolins, big cats, corals and marine turtles combined.  A report on the global status of key rosewood species carried out by Global Eye and submitted to CITES by the Government of Senegal confirmed the dire situation of these vanishing woods.

The luxury trade’s negative impacts on both forests and the rule of law across the tropics have long been documented by independent researchers, including the Environmental Investigation Agency and Global Witness.  It is only recently, though, that government representatives to CITES have recognized the vast scope and scale of illegal rosewood trafficking and the need for a global response.

Perhaps the most famous example of rosewood trafficking’s devastation comes from Madagascar.  A trafficking boom that spiked after a coup in 2009 stripped most rosewood from forests across the country, including inside national parks.  Apart from the loss of these old-growth trees, impacts included development of previously intact forest areas, a surge in organized criminal activity and corruption, and local booms in prostitution.

CITES implemented a genus-wide listing of all Madagascar rosewood (Dalbergia spp.) and ebony (Diospyros spp.) species in 2013, with the country and other Parties to the Convention agreeing on an action plan. Part of the reason for the genus-wide ruling was that it’s difficult to tell different species of rosewood apart, and distinguishing timber samples is even trickier (check out a WRI-led report for more information.) The lack of progress since this ruling, though, led COP-17 to leave in place a de facto ban on all international trade in Malagasy rosewood and request Madagascar to report on further progress by the end of 2016.

The Johannesburg meeting essentially took the same approach to Dalbergia globally, and extended protection to a number of non-Dalbergia species from Africa that are under heavy pressure from the Chinese rosewood furniture market.  A global approach to the rosewood crisis is necessary given the boom-and-bust nature of the trade, which moves from country to country and species to species with ruthless efficiency, as documented in a report prepared by EIA and introduced at CITES by the United States.

Other Actions on Rosewood

In addition to the new rosewood species brought under CITES protection, Thailand obtained support for its proposal to tighten up the previous Appendix II listing of Siamese rosewood (Dalbergia cochinchinensis), removing a loophole exempting finished or semi-finished products from regulation.  (The loophole encouraged smuggling of illegally harvested rosewood into Vietnam from neighboring countries, where it was minimally processed and shipped onward to China.)

In a move many countries and experts found puzzling, Mexico stood firm (for unclear reasons) in demanding special treatment under the global Dalbergia listing, exempting itself from CITES scrutiny of finished or semi-finished exports.  Eyes will now be on Mexico as a potential growth area for the smuggling, processing and export of stolen rosewood from around the world. 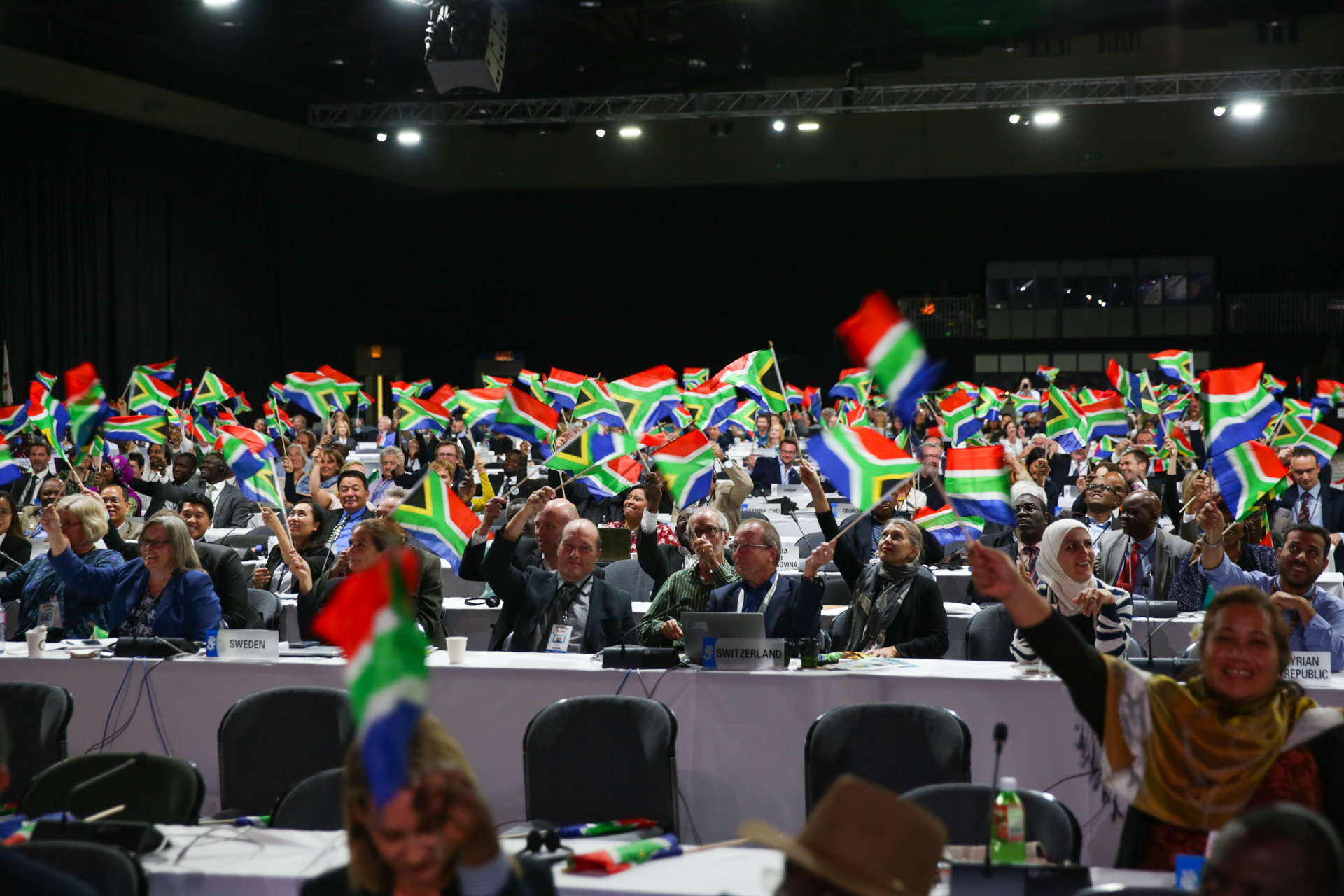 Participants at the COP-17 meeting in Johannesburg, South Africa.

A tiny fraction of the global rosewood trade goes into the manufacture of guitars and other musical instruments, but that industry – well represented at the Johannesburg meeting – will feel the impacts. CITES Parties rebuffed music industry proposals  to differentiate instruments from furniture, and those who trade internationally in guitars made with rosewood will now need to focus on CITES requirements.

Forest conservation advocates, timber traders and government regulators alike are just beginning to digest the implications of CITES’ actions on rosewood.  It’s clear however, that these precious timbers called “the ivory of the forest” will continue to command international attention and concern.