Welcome to the fourth installment of WRI's six-part blog series on the future of tonewoods, the woods used in guitars and other musical instruments. In each installment, we look at a different species of tree used for a certain part of the guitar. Each wood presents its own challenges and possibilities surrounding sustainable harvest.

Stringed instruments have existed for thousands of years, but what we think of as a modern guitar was only born in the mid-19th century. The guitar continues to develop as an instrument today along with advancements in new technologies and production techniques. Despite its short history, though, tradition governs the industry. Most guitars adhere very closely to the same formula. Nearly all of the acoustic guitars sold today attempt to capture the magic of pre-war Martin guitars, which are some of the first mass-produced quality guitars in existence and are universally recognized as great instruments. This standard governs the design and sound of the instrument, but also guides the selection of wood species. Firmly entrenched in tradition is one of the finest and most demanded woods for the back and sides of guitars: rosewood. 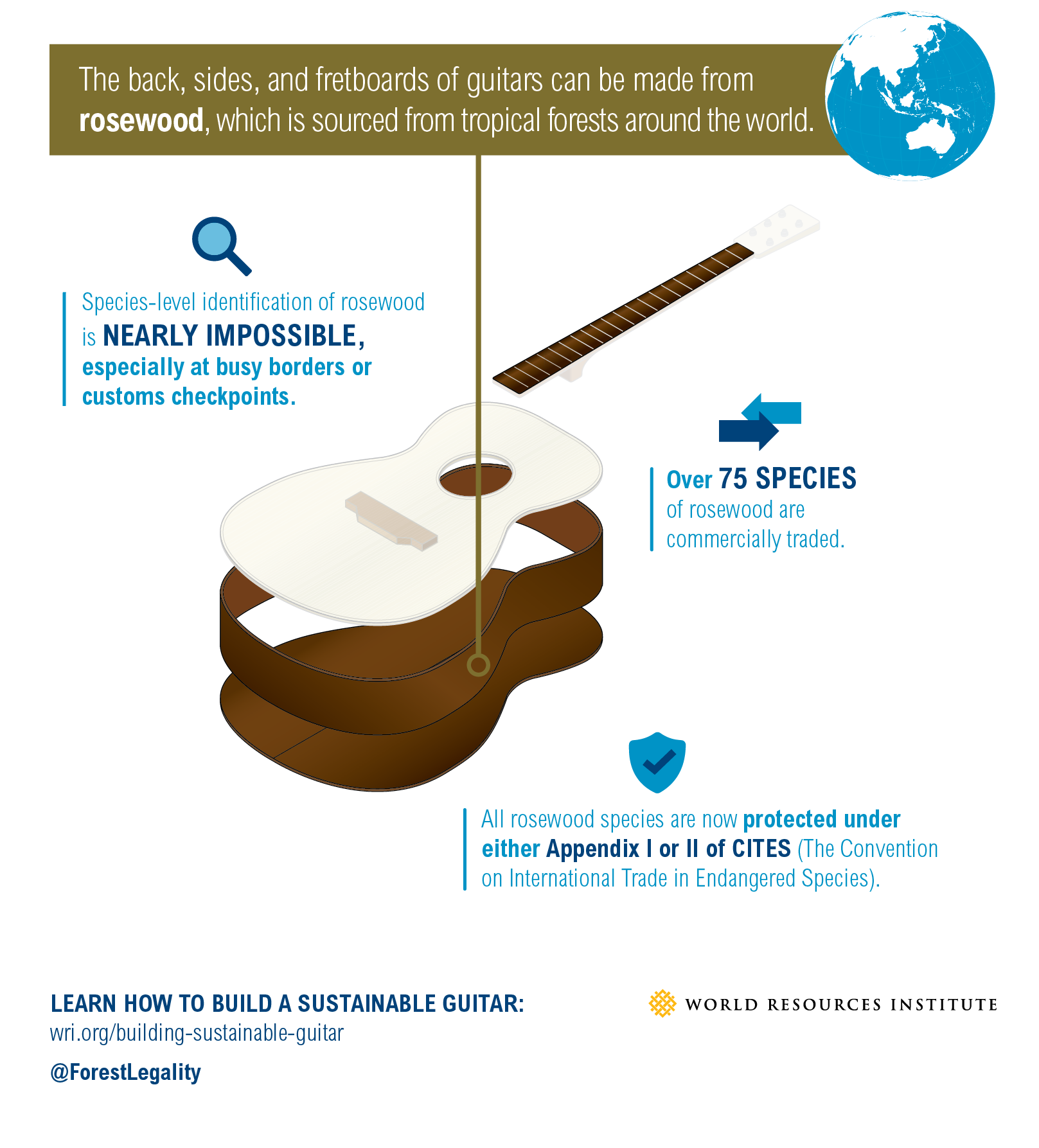 Rosewoods belong to the Dalbergia genus and grow in tropical forests and grasslands around the world. They are beautifully colored and lend a fantastic resonance and richness to guitars. Unfortunately, they are also some of the most endangered trees on earth, and are at the center of illegal logging operations from Belize to Madagascar and Thailand. Rosewood accounts for 35 percent of global wildlife trafficking (nearly double that of elephants for ivory).

The traditional wood on old guitars was Brazilian rosewood (Dalbergia nigra), which is often called the “holy grail of tonewoods.” Unfortunately, it has been so overharvested that Brazil banned its export in the late 1960s, and it was protected by Appendix I of the Convention on International Trade in Endangered Species (CITES) in 1992. In response to the trade restrictions on Brazilian rosewood, guitar manufacturers chased the prized hardwood elsewhere. Many guitar manufacturers sourced rosewoods from Madagascar until Gibson Guitars was raided by the U.S. Fish and Wildlife Service in 2009 for violation of the Lacey Act with ebony wood from Madagascar. This brought the reality of Madagascar’s illegal logging crisis home for many guitar manufacturers. Today, the rosewood on guitars is by-and-large Indian rosewood (Dalbergia latifolia) that is sold by a handful of companies at state-sponsored auctions. The trees are grown as shade trees on coffee, tea, and ginger plantations and are largely government managed.

To be clear, very little of the rosewood cut in the world goes towards guitars. Most is destined for China to be used in luxury furniture. But any industry involved with rosewood today is faced with the difficult task of ensuring its legality and complying with increasingly strict international regulation. 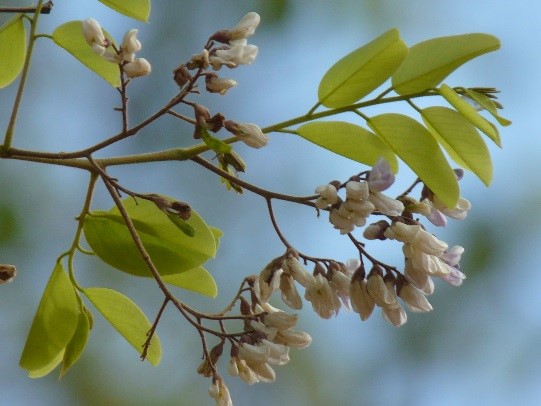 Around the world, impoverished people are illegally cutting valuable rosewood trees to earn a few dollars, while massive amounts of money go to timber mafias and organized crime. Given the extremely high amount of rosewood that is illegally harvested, it is very difficult to prevent illegal timber from sneaking into the supply chain. Over 75 species of rosewood are commercially traded, and species-level identification is nearly impossible, even by experts. Shipments often have false documents and illegal loggers have taken full advantage of the difficulties facing enforcement officials.

This week, the 17th Meeting of the Conference of the Parties of CITES agreed by consensus to protect the entire Dalbergia genus under Appendix II in order to close the enforcement loophole and to protect rosewood from extinction. This greatly facilitates effective enforcement of trade and forestry laws, and marks one of the most ambitious global agreements on international timber regulation to date. This landmark decision is accompanied by growing interest in emerging technologies that make identification of timber species faster and more affordable, which can aid authorities in the implementation and enforcement of CITES regulations.

Rosewood is one of the largest forestry challenges today. Rosewood demands legislation, strict enforcement, and a universal agreement to stand up to the illegal timber trade before it’s too late. The new regulation is a significant move towards reducing destructive illegal logging and international wildlife trafficking that harms forests and forest communities. But it is also monumental for the guitar industry, which will now have to provide CITES permits for all commercial trade, imports, and exports of rosewood guitars.

Language on “non-commercial personal use” protects traveling musicians from officials seizing their precious instruments, but the new CITES listing marks a new era for instrument manufacturers.

Our next and penultimate installment covers a jet-black wood that has been used since the time of the Ancient Egyptians. Today it can only come from one place. Stay tuned for a closer look.