Life as we know it depends on the world limiting temperature rise to 2 degrees C (3.6 degrees F). Exceeding this level of warming will bring increasingly severe and disruptive climate impacts.

Today, businesses took a big step forward in helping the world meet this temperature goal. The Science-Based Targets initiative announced that 114 companies, representing $932 billion in revenue and 476 million tonnes of annual CO2 emissions, committed to set a science-based target, meaning they will align their emissions-reduction goals with what climate studies say is necessary to keep warming below 2 degrees C. Of those, 10 companies have already set science-based targets, which will avoid 799 million tonnes of CO2, the equivalent of preventing the burning of 1.86 billion barrels of oil.1 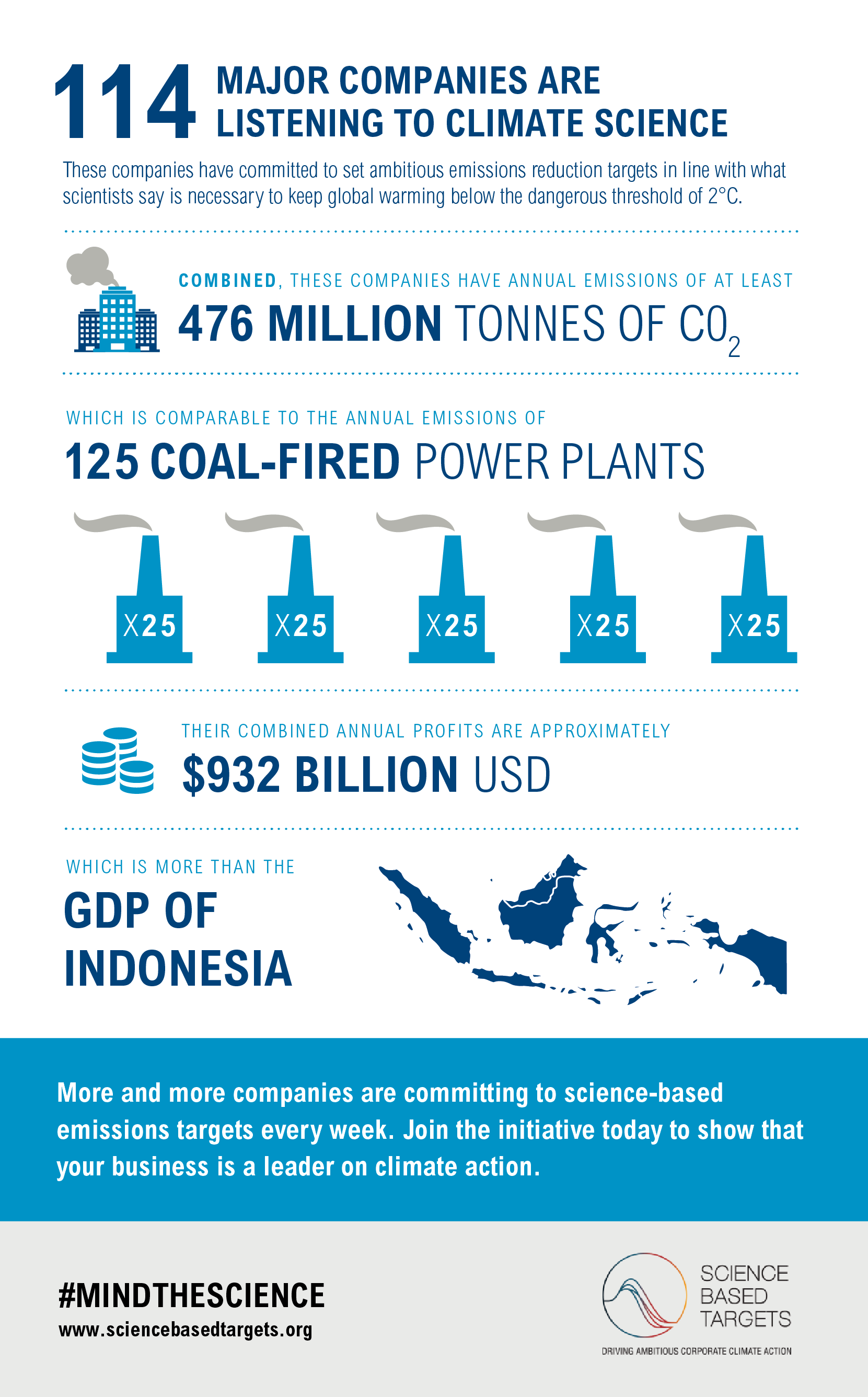 These companies recognize that setting ambitious reduction targets is in their own best interest, and a key part of good corporate strategy.

A Look at Some of the Commitments

Ten companies have already set their science-based targets, which were reviewed and approved by a panel of climate experts. Some of the plans include:

Visit our website for more information on how to join the initiative and set a science-based emissions target.