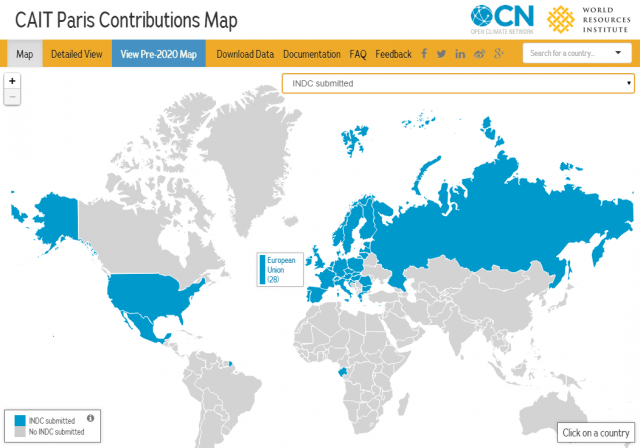 Under the U.N. Framework Convention on Climate Change (UNFCCC), countries committed to create a new international climate agreement by the conclusion of the Paris climate summit in December 2015. In order to help facilitate that goal, countries agreed to release public outlines of actions they intend to take. These commitments are known as INDCs.

The data is structured according to a framework based on the Lima Decision, the GHG Protocol Mitigation Goal Standard and and GHG Protocol Policy and Action Standard.