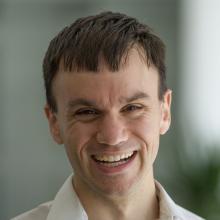 David is a GIS Research Associate in Global Forest Watch (GFW). Although he works on a variety of research projects, his primary focus is monitoring forest carbon storage, emissions, and sequestration across a range of spatial scales. He has published global models of forest carbon emissions and sequestration at 30-m resolution. He has also worked with cities around the world to conduct inventories of greenhouse gas fluxes from trees and forests, and then co-written a guide for cities to conduct such GHG inventories themselves. David has also contributed to the New York Declaration on Forests annual progress assessment—which tracks global progress in stopping deforestation—since 2018.

Previously, David was a research fellow at the US Environmental Protection Agency in Washington, D.C., where he worked on national and sub-national climate change adaptation, ecology, and water resource management projects. Prior to that, he was an environmental scientist at the environmental consulting firm Tetra Tech in Atlanta, GA, where he assisted various levels of government with watershed management. In both positions, he used spatial and non-spatial analyses and statistics in partnership with and to support non-profits, several levels of government, other EPA offices, and private businesses.

David received his Bachelor’s degree in Ecology and Evolutionary Biology from Princeton University and his Master’s degree in Ecology from the Georgia Institute of Technology, focusing on the ecology of coral reefs in Fiji. In the year between college and graduate school, he was a research assistant for a coral reef ecology and conservation project in the Comoros Islands.

His favorite activities include learning to play the accordion, fencing (foil), collecting money from countries that don’t exist anymore, and writing short stories.