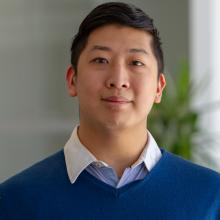 Arya Harsono is a Research Coordinator for the New Climate Economy, assisting the program with the execution of on-going research on developing authoritative evidence for the relationship between risks of climate change and economic performance. Arya joins WRI after completing his Master's of International Affairs at Columbia University's School of International and Public Affairs.

Prior to this, Arya worked in the film and media industry of Los Angeles as a production assistant for movies including Blackhat (2015) and Beyond Skyline (2017), as a content editor for social-media companies such as Tastemade and Snapchat, and as a marketing manager for post-production start-up Nuclear Creative LLC.

Holding a B.S. in Environmental Studies from the University of Southern California, Arya rekindled his passion for empirically-driven environmental policy while working on a currently on-going documentary on Gov. Jerry Brown's California WaterFix program.

Arya currently lives in Washington, D.C., but his home will always be Jakarta, Indonesia.