This Podcast is part of the Advancing Community-Driven Solutions for Clean Air and Water within our Center for Equitable Development, and Environmental Rights. Reach out to or get in touch with an Expert for more information.

This Podcast is part of the Advancing Community-Driven Solutions for Clean Air and Water within our Center for Equitable Development, and Environmental Rights. Reach out to or get in touch with an Expert for more information.

The fourth episode of our relaunched series of WRI “Big Ideas Into Action” podcast looks at WRI's STRIPE project, which is helping people around the world combat pollution.

About the Episode: Empowering People Against Pollution

Pollution is a massive environmental, health and economic problem across the world. 80% of untreated wastewater in developing nations runs untreated into rivers, lakes and seas. Millions are affected by pollution in the air, soil and water, but don’t know what they can do about it. The latest WRI's “Big Ideas into Action“ podcast looks at WRI's STRIPE project, which is helping people around the world combat pollution.

The Strengthening the Right to Information for People and the Environment (STRIPE) project empowers communities to improve their environmental health through the right to access information. Vulnerable communities can face difficulties in accessing this crucial information for a number of reasons, such as not being consulted in projects that will ultimately affect them. To address this, WRI created a STRIPE toolkit, providing a roadmap on accessing information and effectively tackling pollution.

This podcast explores the challenges facing fishermen in Indonesia and mining communities in Mongolia, and includes a conversation with Danielle Andrade, a lawyer in Jamaica who helped reduce the health problems near bauxite mines. We also get the big picture on inclusive economic development from WRI’s Liz Moses and learn the potential dangers of standing up for environmental rights from WRI’s Carole Excell, the founder of the STRIPE project.

You can find links to various aspects of the projects in the Useful links section below.

Highlights from the Episode 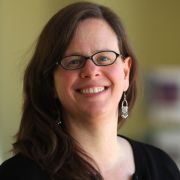 “I think there’s been this historical assumption that pollution is one of the prices you have to pay for economic development. I don’t think that’s true ever, but it’s certainly not true anymore. But pollution remains the largest environmental cause of disease, disability and premature death in the world today. 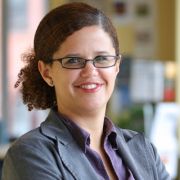 “I really created the STRIPE project because as an environmental lawyer myself I recognized the power of the right information for local communities to be able to use. At the start of the project I recognized that the work was very important, but I think I did not recognize the level of danger that it can put a community member who speaks up and voices their opinion about polluting industries, air or water.” 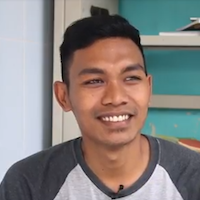 “We used to depend on the river for fishing, washing dishes, bathing, everything. But in 2003 factories upstream started to discharge their waste into the river. It’s scary when the waste comes. The water becomes cloudy, foamy and smelly. We can’t use it for washing. The waste gets into the village ponds and into the paddy fields where we grow rice. It’s now much harder to catch any fish.” 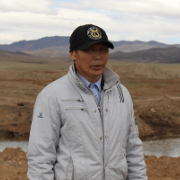 “We were concerned about pollution, and started to find out what the law said. We discovered that mining is not allowed within 50 meters of water sources. But we found that a mining company was operating right next to the Tuul river" 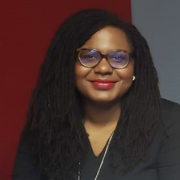 “It’s not easy to get information on the mining and quarrying sector in Jamaica. You have to know where to go, what to ask, what to look for, what to ask for, the name of a document. It was something that the average community member had no way of knowing how to get the information. So we decided that we would work with the World Resources Institute. We heard about this assessment that they had, to help people and communities to get information about industries that impact them."

Left in the Dark on Pollution, Mongolia’s Poorest Communities Must Use Contaminated Water

Mongolia Shows How to Fight for Environmental Justice