What drives the increasing eutrophication trends?

Complex and interrelated socioeconomic factors drive the increase in nutrient pollution, which is causing increased occurrences of eutrophication and hypoxia. Indirect drivers include population growth; economic growth in the developing world, which will impact consumer consumption; and the growth of intensive agriculture. Direct drivers of eutrophication include higher energy consumption, increased fertilizer consumption, and land-use change. 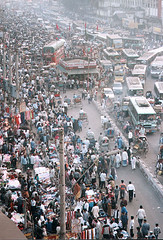 Fig 1. Population growth, rising incomes and intensification of agriculture are ultimately driving activities which release more nutrients into the environment.

The global population is predicted to grow from 6.5 billion in 2005 to nearly 9.2 billion in 2050, with the majority of population growth occurring in less developed countries (UNPD 2008). Of particular concern for the eutrophication predicament is population in coastal areas which is expected to grow from 1.2 billion people (c. 1990) to between 1.8 and 5.2 billion by the 2080s (Rabalais et al 2008). Population growth will increase the demand for food, land, energy and other natural resources, ultimately leading to greater agricultural production and increased burning of fossil fuels to heat homes, power cars, and fuel industry.

Increased livestock production is expected to have significant implications for the severity of nutrient pollution worldwide. For example it is estimated that 80% of the nitrogen used in swine production is excreted as manure or lost to the environment during the production of animal feed (UNEP and WHRC 2007).

Growing populations and expanding economies demand more energy. Total worldwide energy consumption rose by 33 percent between 1990 and 2005 (EIA 2008). Currently, more than 86 percent of the world’s energy needs are being met by fossil fuel sources (coal, oil, and natural gas) (EIA 2008). Once combusted, fossil fuels discharge nitrogen oxides (NOx) into the atmosphere. While alternative energy sources such as solar, wind, and geothermal are available, the heavy reliance on fossil fuels is expected to continue in the short to medium term. Between 2005 and 2030, experts estimate that per capita energy consumption will increase by approximately 18 percent, while total global energy consumption will rise by 50 percent; the developing world is projected to account for the majority of increased energy consumption (EIA 2008). Fossil fuels are expected to continue meeting approximately 86 percent of global energy needs (EIA 2008). 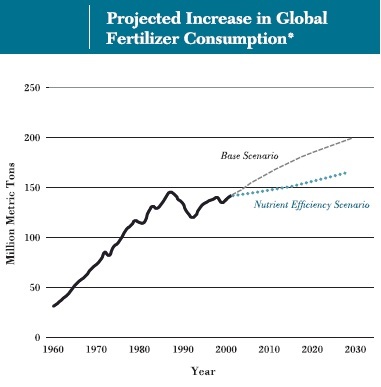 Image Credit: Selman and Greenhalgh 2009 | Data from FAO 2009 Growing populations, changing dietary trends that will increase the demand for meat, and expanding use of biofuels will necessitate increased agricultural production. As a result, fertilizer consumption is expected to increase 40 percent between 2002 and 2030 (Figure 2, base scenario) (FAO 2000). With genetic engineering to improve crop nutrient-use efficiency, this increase in fertilizer consumption is estimated to be only 17 percent over the same time period (Figure 2, nutrient efficiency scenario) (FAO 2000). The majority of the projected increase in global fertilizer consumption is attributed to the developing world where food production and adoption of intensive agricultural practices are expected to increase (FAO 2000). 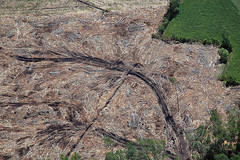 Fig 3. Globally, cropland has increased by about 3 million ha/year since 1995. The majority of cropland gains are from forest conversion. This photo shows slash-and-burn agriculture conversion in Costa Rica.

Image Credit: Arnold Paul | Wikimedia Commons Tied to increased food production is the conversion of land from perennial vegetation (plants that live for more than two years) to annual cropping. From 1995 to 2002, cropland has experienced a net increase globally of about 3 million hectares per year, with over 90 percent of the total cropland gains coming from forests (Holmgren 2006). Agriculture is also the single largest cause of wetland loss. Approximately 50 percent of the world’s wetlands have been lost since the 1950s, the majority as a result of drainage for agricultural production (OECD/IUCN 1996). The FAO predicts that land-use conversion for agriculture will continue, but at a slower pace than in the past (FAO 2002). Natural landscapes such as forests and wetlands are important for capturing and cycling nutrients. Increasing land-use conversion reduces the ability of these landscapes to intercept nutrients and leads to greater nutrient losses to local waterways.

Climate Change has the potential to exacerbate expressions of eutrophication in water bodies and aquatic ecosystems that suffer from nutrient pollution, for example:

Overfishing alters the food web and can help tip a system already suffering from eutrophication towards collapse. In a simple scenario, overfishing could lead to the removal of fish species that grazes on plankton. The removal of this species might in turn lead to a higher abundance of plankton, which, coupled with increased nutrient concentrations, can potentially lead to algal blooms and the subsequent formation of dead zones. For example, in the Black Sea, overfishing resulted in the removal of apex predators which triggered massive (and complex) changes in the aquatic food web, ultimately leading to the domination of species like jellyfish which favor ongoing eutrophic and hypoxic conditions (Daskalov et al. 2007). In the Black Sea, eutrophication, overfishing, introduction of exotic jellyfish species (e.g. Mnemiopsis leidyi) have led to algal blooms and formation of hypoxia (Arai 2001; Daskalov 2003).

Another example of where overfishing has been linked to increased expressions of eutrophication is the Chesapeake Bay. Excessive exploitation and destruction of oyster grounds in the Chesapeake Bay may be positively correlated to pronounced eutrophication and hypoxia events in the bay. Dense oyster beds once served as a filtering mechanism in the Chesapeake Bay. Oysters are filter feeders capable of controlling population dynamics in aquatic system by grazing prominently on phytoplankton thereby limiting blooms and improving water quality (Jackson et al. 2001; Lotze et al. 2006). The advent of harvesting through mechanical dredging in the Chesapeake Bay (c. 1930s), led to a dramatic reduction of oyster reefs limiting their filtering ability and was likely one of the determining factors in the ensuing eutrophic and hypoxic conditions (Jackson et al. 2001).