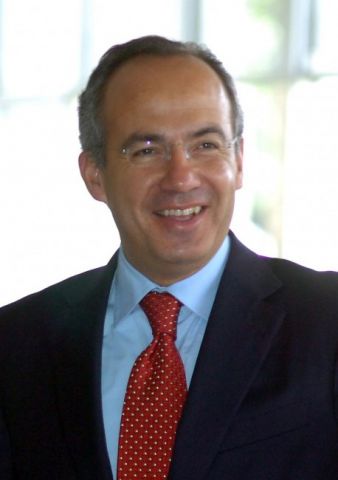 The World Resources Institute announced that Felipe Calderón, the former President of Mexico, has joined its Board of Directors.

“President Calderón is a globally recognized world leader, who has shown enormous dedication in responding to environmental, energy and climate challenges,” said Dr. Andrew Steer, President and CEO, World Resources Institute. “He brings a deep understanding of the issues and has the ability to mobilize greater global action for a more sustainable planet. We look forward to working with President Calderón to push for the urgent solutions around sustainability that we so desperately need.”

Calderón served as President of Mexico from 2006 to 2012, during which time he made sustainability a core value across all of government. One example was the priority given to the generation of electricity from renewable sources, which rose to 27 percent of the total generated. In addition he put in place a set of energy-saving programs such as appliance substitutions and the biggest energy-saving bulb exchange program in the world.

Furthermore, he more than doubled the volume of wastewater treated in Mexico.

“We are living in a critical time, with immense environmental and development challenges before us,” Calderón said. “WRI, with its global reputation for excellence in research and impact, is playing an essential role in finding solutions. I am delighted to be working with WRI to create a more sustainable world for all."

Thanks to an innovative program of paying for environmental services to mainly indigenous communities, the rate of deforestation in Mexico fell by more than half while at the same time helping some of the poorest communities in the country.

Calderón also played a vital leadership role in the success of the UNFCCC Conference of the Parties (COP16) in Cancún, which led to the Cancún Accord that changed the conversation and laid the groundwork for real agreements. For the first time ever developing countries committed to real emissions targets.

“I am delighted to welcome President Calderón to our board,” said Jim Harmon, Chairman of WRI’s Board of Directors. “President Calderón is a highly respected and influential figure on the international stage. His leadership can help guide WRI’s global strategy as we deepen our engagement in emerging markets and the new frontiers of sustainability. We are excited to leverage President Calderón’s political experience and global access to advance our mission.”

Calderón previously served as Secretary of Energy from 2003 to 2004, during the administration of President Vicente Fox.