For People to Live and Thrive in a Changing Climate, Cities Need to Change – But How?

In the 21st century, a seemingly global prosperity masks an unequal distribution of benefits. Nowhere is this more apparent than in the world’s cities, where extreme wealth can exist next door to concentrated poverty. In some cities, like those in South Africa, well-meaning policies and investments in transit and housing have actually deepened the inequality and segregation experienced by low-income communities.

How does climate change fit into this picture? Leading urban experts think that the current path of cities far exceeds planetary boundaries of what is sustainable. In turn, climate change, one result of carbon-fueled growth over the last two centuries, is also a driver of urban inequality.

By 2050, an additional 2.5 billion people could be living in cities. As more people move to cities, they face rising housing prices, unequal access to employment opportunities and public amenities, and they now also contend with the weather extremes of a changing climate. The result is deeply unfair: those who have contributed and benefited least from carbon-fueled growth are its frontline victims. Low-income groups are disproportionately affected, as they are more likely to live in less robust homes and be in the path of natural hazards such as floods and heat waves – not to mention, they have fewer resources available to respond when disaster does strike.

Projections by the world’s leading scientists say future cities need to have a near-zero-carbon footprint, eliminate their reliance on fossil fuels and be able to manage weather extremes such as heavy rains and heat waves. They also need to find ways to lift up already vulnerable and marginalized groups. What does this future city look like? Sadly, our collective imagination is failing us.

As we begin the most important decade for climate action yet, cities need to tackle climate change and the continued growth and stubborn persistence of urban inequality together. This is a major, immediate and unprecedented transformation, changing almost everything about the way we live in, build and power our cities. We must do it in ways that don’t exacerbate existing inequalities and find ways to leave no one behind. And we need to do it fast.

There are plenty of pop culture tropes of a dystopian future, ravaged by climate change. As Hollywood’s new supervillain, climate change is a common apocalyptic backdrop in science fiction. And there is good reason, as destructive bushfires, floods and heat waves are no longer just the stuff of fiction.

There are far fewer sunny versions of what cities of the future might be like. We do find stories about optimistic, technology-driven lives enhanced by automation in the renderings of architecture studios and engineering firms, cities where the sky is always blue. And we are nudged to imagine ourselves living in glass-and-steel high-rises covered with plant life or solar panels, delivered by self-driving cars, and directed by artificial intelligence. 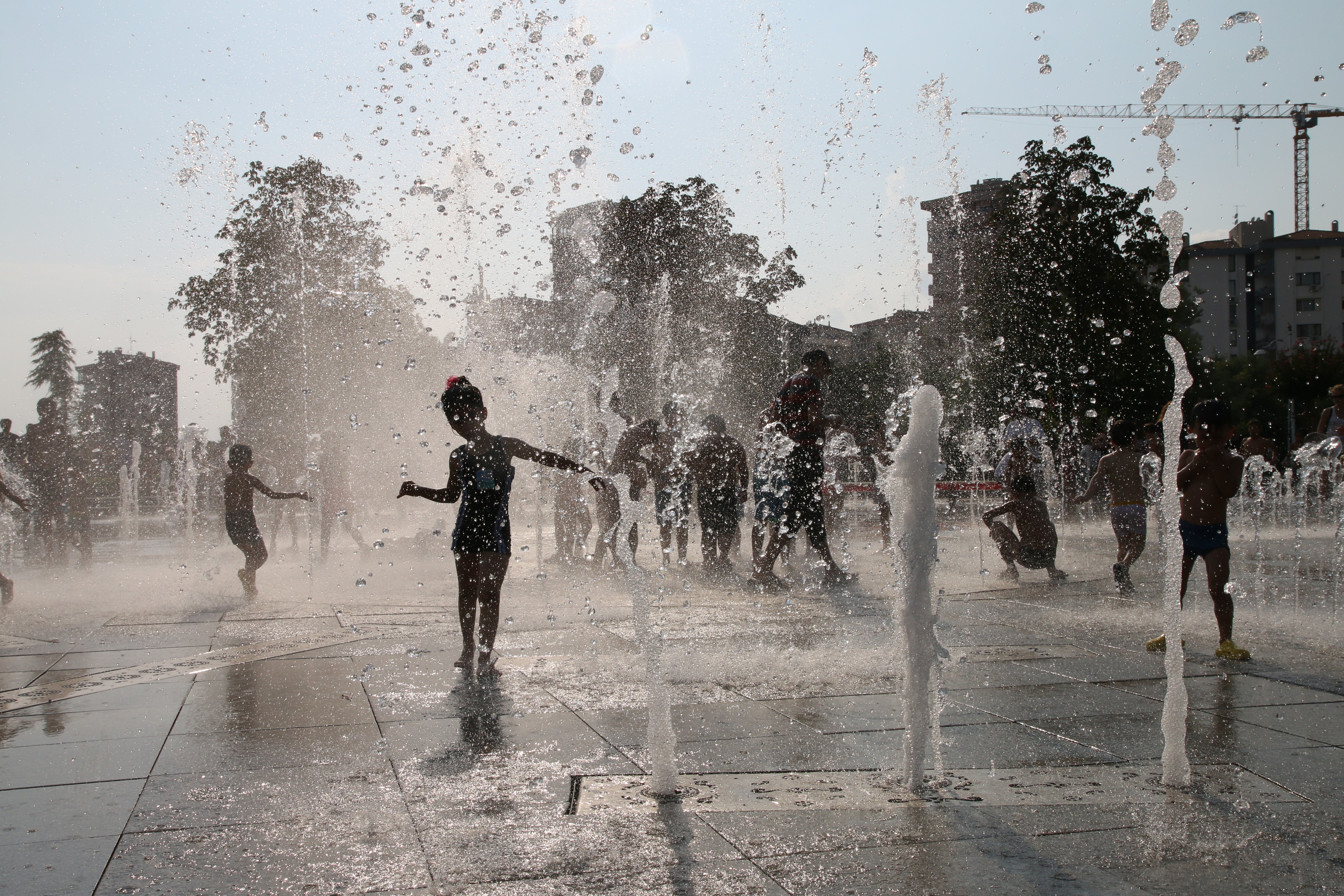 While these may seem appealing solutions, the sanitized version of the city they portray is difficult to reconcile with the much messier reality of most cities across the globe. More than 1.2 billion people – one in three people in cities – live in informal settlements today. Have we solved their plight in this gleaming future?

Often left underexamined in fiction and life is the close relationship between climate change and inclusiveness. But they are interrelated challenges that must be tackled together. If not, fundamental problems around access, informality and affordability remain unaddressed. The sustainability of one “smart city,” for example, can entail environmental degradation and social exploitation in another part of the world, as is the case with the mining of raw materials that go into making smart sensors, or the labor practices employed in the construction of some new eco-cities.

Ideas can be powerful drivers of transformation, but few of the mainstream storylines about living with climate change offer inspiration for what the future might look like and how we will get there. A lack of vision hinders our capacity for urban change. We need more approaches that lie somewhere between the noir dystopias and blue-sky renderings and help broaden the outlook on what it means to live and thrive in a climate-changed future city.

Insiders in the urban field have recognized this problem for a while. Negative trends, like increasing air pollution, rising living costs, traffic congestion, and inequality, indicate a widening implementation gap between what’s happening on the ground and ambitious commitments made at international levels, like the Paris Agreement, the New Urban Agenda and the Sustainable Development Goals. While there is widespread agreement that radical transformations are needed, numerous studies find little evidence of radical changes actually happening in cities. Experts think this is because cities are complex systems and urbanization cannot be easily steered.

That’s why the WRI Ross Center Prize for Cities is focusing this year on inviting submissions from initiatives that show how to live and thrive in a changing world by tackling both the climate crisis and urban inequality together. Through this global award, which celebrates transformative urban change, we will identify the leaders in urban transformation and amplify lessons learned so other cities can follow their lead.

The 2020-2021 Prize for Cities theme recognizes the year and decade ahead as pivotal for global climate action and seeks to help bridge the gap between fiction and reality and grow a much-needed repertoire of credible urban interventions and projects. As in its inaugural cycle, which received almost 200 submissions from across the globe, we hope the prize will broaden our understanding of what positive urban transformation looks like, how it comes about and how we can identify and nurture the seeds of change.

Can Cities Thrive in Turbulent Times? 3 Questions for Cities in 2022

Collective Action at the Crossroads: What to Watch in 2020

US Infrastructure Bill Makes Headway on Climate, But More Is Needed