By the Numbers: Economic Impacts of Climate Change in the Lower Mekong Basin

As the world continues to warm, what will be the economic toll of climate change impacts in the Mekong region? New research shows that climate change could damage $18 billion worth of infrastructure and decrease economic productivity by $16 billion annually by 2050.

In a new report completed for USAID’s Mekong Adaptation and Resilience to Climate Change project (MARCC), my colleagues and I used a methodology known as values at risk (VAR) to assess the value of existing urban and rural infrastructure vulnerable to increased flooding and sea level rise, as well as the annual value of economic activity that will be exposed to increased heat, drought, storms and shifts in vegetation. In the LMB, these include worker productivity, infrastructure services (the annual GDP generated by infrastructure at risk), hydroelectric power generation, ecosystem services and agricultural output.

The results of our preliminary analysis provide a sobering assessment of what’s at stake in the LMB. In particular, we found that: 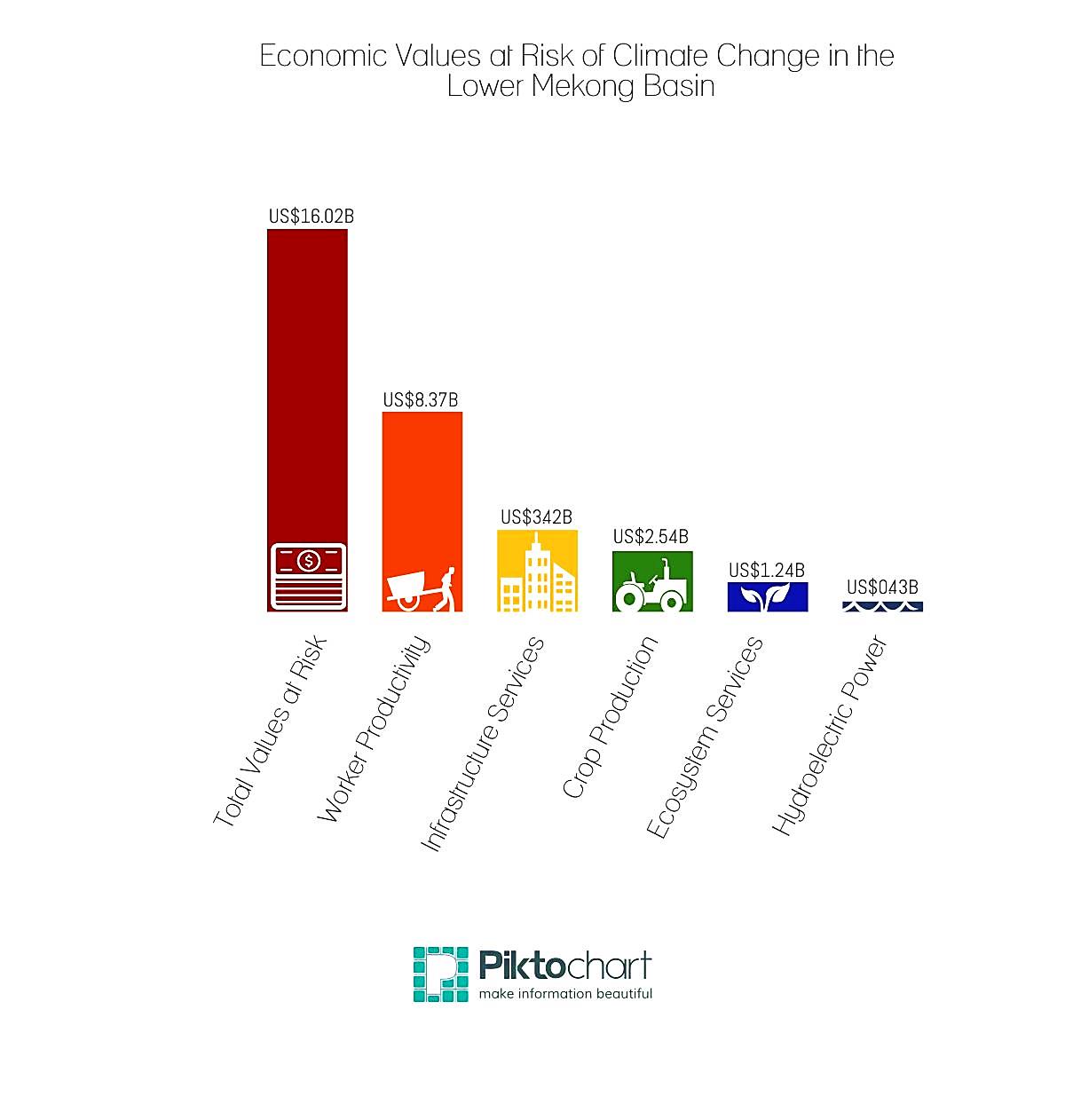 What Do We Do Now?

The VAR approach does not generate precise estimates of how climate change costs will unfold over time, or where such costs are likely to manifest at a fine spatial scale. However, it does provide useful information to guide overarching policy directions that could improve climate resilience in the sectors likely to experience a high economic toll.

For example, adaptation strategies to reduce the economic costs of lost worker productivity include measures such as guidelines for workplace heat assessment and protection, strengthening national health systems to respond to the specific needs of working populations, and changes in work practices such as increased rest periods during the heat of the day. Some current climate adaptation strategies—such as Cambodia’s national plan— do not incorporate these or any other measures related to worker productivity.

Other important steps include:

Our VAR assessment helps document the economic benefits of taking these steps towards a climate-resilient economy.

As the world continues to warm, so must national and local leaders develop plans to mitigate and adapt. Quantifying the economic impacts of drought, sea level rise, flooding and more are a good place to start.

Adapting To Climate Change in the Lower Mekong Basin: 4 Steps and 4 Lessons