This blog post was originally published by Forbes on September 2, 2015.

With oil prices at six-year lows, now is a tempting time for consumers to buy a bigger car, fill it up with cheaper gas and hit the road. The smarter move is to use this moment to accelerate the shift to renewable energy.

While increased U.S. oil production has delivered short-term economic benefits, our ongoing dependence on oil is still creating serious risks to business investment, national security and the environment. Given the inherent unpredictability of the oil market specifically (and fossil fuel markets more generally), it’s fair to ask whether we should continue to invest in fossil fuels, or whether other options — including fuel efficiency and renewables — deserve greater attention.

Here are four reasons to rethink our dependence on oil now:

There’s no shortage of projections for the oil market, yet oil prices are something no one can confidently predict. Forecasts for the next five years vary between $20 and $100 a barrel. For 2016, experts in early August predicted an average of $59/barrel, $20 higher than the sub-$40 prices seen just last week. 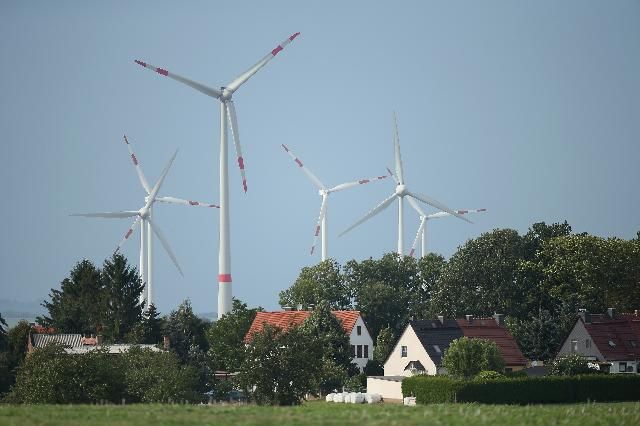 The price of crude has historically varied with social and political change, as well as supply and demand. From a low of $16 a barrel in December 1998, the price bounced up to $143 in August 2008, just before the global market slump sent them tumbling to $46, six dollars above the price this August. The lack of clarity in future oil price projections makes business and policy decisions especially difficult.

Ask The Economist. In 1999, the widely respected magazine famously predicted a world of $5- to $10-a-barrel oil, on the grounds that the price decline at the end of the last century was “fundamentally different” from those in the past. Five years later, prices reached $50 a barrel, higher than they had been for 20 years.

2. Oil price volatility is likely to remain high, and this is economically costly.

Paradoxically, while no one can say with certainty where oil prices will go, one thing that is certain is that they will continue to be volatile. Wide price swings are a constant feature of the oil market. Uncertainty is expensive, so the economic costs of this volatility aren’t trivial. Because there are few short-term options to cut oil consumption when price swings occur, a rise or fall of this magnitude can make big economic waves, delaying business investment, requiring allocation of resources, depressing consumer spending and slowing job growth. As a U.S. Federal Reserve study pointed out, a hypothetical increase in the price of crude oil from $40 to $50 a barrel generally matters less than increased uncertainty about the future direction of prices.

3. The true cost of fossil fuels like oil is much higher than the current market price.

Conventional energy prices rarely reflect their true cost, failing to take into account subsidies for fossil-based fuel and the damage to human health and the environment.

A recent IMF report shows that the world pays $5.3 trillion a year in hidden costs to keep burning fossil fuels, in addition to almost $500 billion in direct government subsidies, including tax write-offs and write-downs and land-use loopholes. As The New York Times asserted in an editorial about the report, ending these subsidies would save millions of lives. The IMF calculated that eliminating such outdated subsidies would reduce premature deaths from air pollution by 55 percent—or more than 1.76 million people based on 2012 figures

Oil prices that don’t reflect the actual costs and risks of relying on oil pass the buck on to others, which in this case is the general public.

4. Renewable energy prices are falling fast, a trend that will continue.

The price of solar photovoltaic panels has dropped over 80 percent since 2008, making solar power increasingly competitive with traditional fuels. In the United States, solar PV systems are at “break-even” prices or better for 40 percent of U.S. supermarkets (at 2012 commercial installed prices) and 30-60 percent of U.S. public and private (K-12) schools. The economics of wind energy also continues to improve. In the U.S., wind power prices reached an all-time low in 2014, lower than wholesale electricity prices in five out of seven regions. Looking to the future, we can be confident that solar and wind energy prices will continue to fall and transportation will be increasingly electrified, with electric vehicles on a growth trajectory steeper than hybrid vehicles. Meanwhile, the price of fossil-based power generation remains as predictably unpredictable as ever.

Renewable energy can address a trio of intertwined problems: it can already reduce costs in certain markets and will be less expensive than conventional energy sources in many more markets in the coming years. Renewable energy can boost investment by improving market certainty, and it can cut the emissions of heat-trapping carbon dioxide from the burning of fossil fuels. In a climate that is already demonstrably changing – with higher risk of severe droughts, floods, heat waves and other extreme events – we have a limited amount of carbon dioxide that can be emitted if we still want to keep average global temperatures within 2 degrees C (3.6 degrees F) of pre-industrial levels.

To be able to mitigate climate risks while saving money and increasing market certainty is an appealing business model. As Saudi Oil Minister Ali Al-Naimi said earlier this year: “We recognize that eventually, one of these days, we are not going to need fossil fuels. So we have embarked on a program to develop solar energy.”

If oil giant Saudi Arabia recognizes the benefit of shifting toward renewable energy, it just might be time for the rest of the world to recognize it too.

The Top 5 Energy and Climate Stories of 2014

What do Apple, Citi and Shell Have in Common?

COVID-19 Bailouts Should Target Oil and Gas Workers and Communities, Not Companies