A World Resources Institute dialogue about how to respond to Indonesia’s challenges to ensure growth and sustainability in the next 20 years.

Watch video of event below.

Indonesia is the battleground for sustainable development. The country ranks first in marine biodiversity and second in terrestrial biodiversity, scattered across its more than 17,000 islands. At the same time it is also an emerging economy in the dynamic Asia-Pacific region – with an economy growing at 6% on average for the past decade.

The question is whether Indonesia’s growth will be sustainable - especially in the next 20 years. Unlike other emerging nations, nearly eighty percent of Indonesia’s greenhouse gas emissions are from deforestation and the draining of carbon-rich peat-lands. By 2030, Indonesia will have added 90 million people into its so-called "consumption" class, living in urban areas, consuming resources, and shifting the emissions profile into energy and transportation.

As part of our efforts to deepen our work in this strategic country, the World Resources Institute hosted a dialogue on the most pressing natural resources and development issues facing Indonesia. The event also aimed to serve as the Jakarta launch of the Global Forest Watch - a new partnership aiming to provide the most current, reliable, and actionable information about what is happening in forests worldwide. 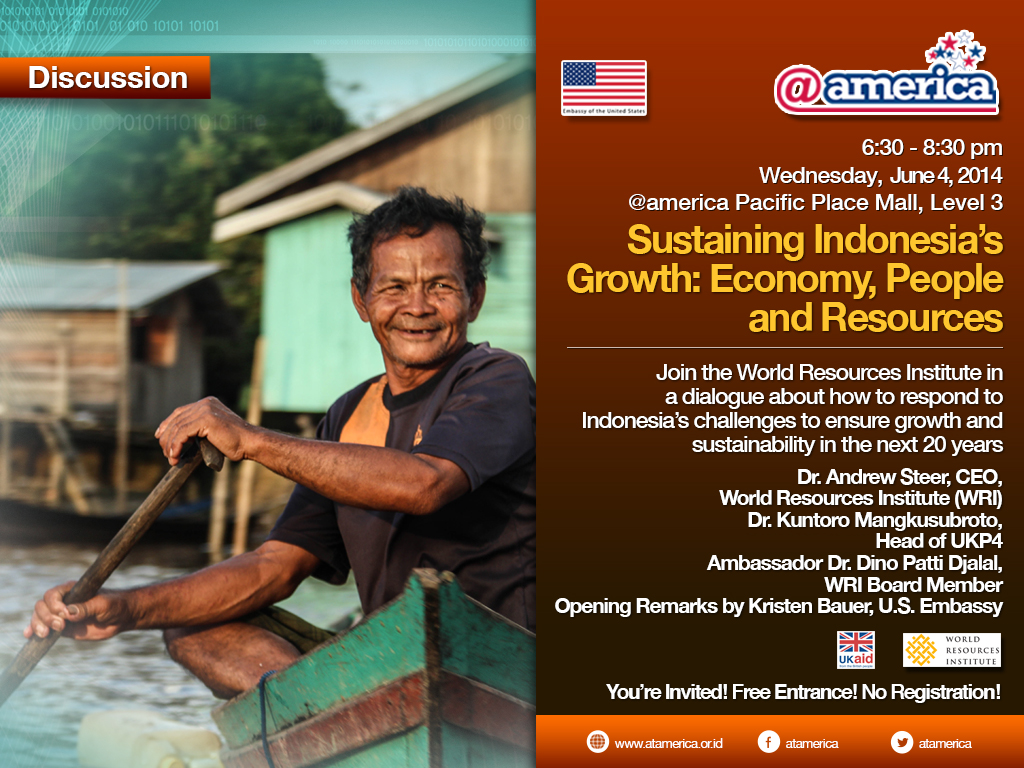 Reefs at Risk Revisited in the Coral Triangle