In Eastern Mongolia near the Chinese border, the people of Erdenetsagaan are furious with the mining companies that have wreaked havoc on their community of 7,000. “Five mountains have disappeared. They are breaking them down and throwing them at us – literally,” says Baatarsukh, a semi-nomadic herder, as he surveys the region’s grasslands.

Pastures that once sustained his family’s way of life for generations are now caked in thick dust and pockmarked by open-pit mines that poison the local environment. “But no one cares about our health,” adds Baatarsukh, who also leads the local organization Erdenetsagaan Without Mining. “No one from the government will do anything.”

Mongolia’s herders aren’t alone in their fight against pollution, the world’s leading cause of disease, disability and premature death.

How Local Action Can Push for Enforcement of Anti-Pollution Laws

More than 150 countries now legally recognize the basic human right to a clean, healthy and safe environment. Many have enshrined this right within their constitutions, passed anti-pollution laws and established ministries to protect the environment. But there’s often a difference between what’s on paper and what gets enforced.

In practice, limited knowledge, capacity or funds prevents governments from upholding their laws, while corruption and lack of political will stymies enforcement in other countries. Whatever the cause, this disconnect leaves millions of people around the world — from neighborhoods of color in Flint, Michigan, to poor fishing villages across Serang, Indonesia — exposed to toxic water, noxious air and contaminated land.

Fed up with the governments’ failure to uphold their environmental rights, many communities are now filing lawsuits, organizing protests and engaging in local political processes to force clean-up.

A new toolkit for community-based action, developed in partnership with citizens and civil society organizations across Indonesia, Mongolia, Morocco, Thailand and Tunisia through WRI’s Strengthening the Right to Information for People and the Environment (STRIPE) project, can support these groups in their fight to hold officials and companies around the world to account. Using an environmental rights-based approach, it provides a roadmap for accessing environmental information, identifying when to engage in decision-making processes and building coalitions to advocate for stronger enforcement of anti-pollution policies.

In Mongolia, Baatarsukh and the residents of Erdenetsagaan have used these strategies to compel government officials to step up efforts to safeguard the community’s right to a safe, healthy and clean environment.
Known for its cashmere wool and lamb meat thanks to the fragile grasslands that support nomadic and semi-nomadic herders’ cows, horses, sheep and goats, Erdenetsagaan is also one of Mongolia’s burgeoning mining hotspots. Mines for coal, fluorspar, tungsten, oil and other commodities have sprung up around the region, with companies submitting new exploration requests each year, including five for radioactive uranium. But many of Erdenetsagaan’s residents have yet to benefit from this newfound economic growth. Instead, increased mineral extraction has threatened their lives, livelihoods and culture. Mining not only erodes the region’s grassland ecosystems, but residents also suspect that it leaches toxic contaminants into the groundwater, poisoning communities’ already limited water supply. Natural springs that once delivered clean drinking water to herders’ animals are also running dry as mining companies deplete local streams.

As mines have spread across Mongolia, so too have unpaved roads that cut across herders’ grazing lands. In Erdenetsagaan, a constant stream of mining trucks ferrying minerals across one of just four permanent road checkpoints between China and Mongolia raises clouds of dust that can travel up to three kilometers and are so thick that villagers can’t see across the road.

Respiratory diseases like asthma, once rare, are now common, while families’ herds are getting sicker. The gritty dust ruins milk curds, a staple of local diets, and soils precious cashmere wool before it can reach the market. These plumes have also sullied the few natural springs that still provide water to herders’ animals, forcing families to dig expensive new wells or abandon their traditional campgrounds.

Mongolia’s national laws, many of which have been passed only in recent decades, set some pollution limits to reduce communities’ exposure to harmful chemicals as well as give residents the right to have a say in where companies can mine. At the local level, an agreement between Erdenetsagaan’s provincial government and the mining company that uses the dusty road legally requires the miners to pave the main thoroughfare. Yet the road remains unpaved.

The government’s failure to act has eroded trust between the community and their representatives, while joint efforts between officials, companies and local leaders to address residents’ concerns have completely broken down. Community members instead have turned to protests. 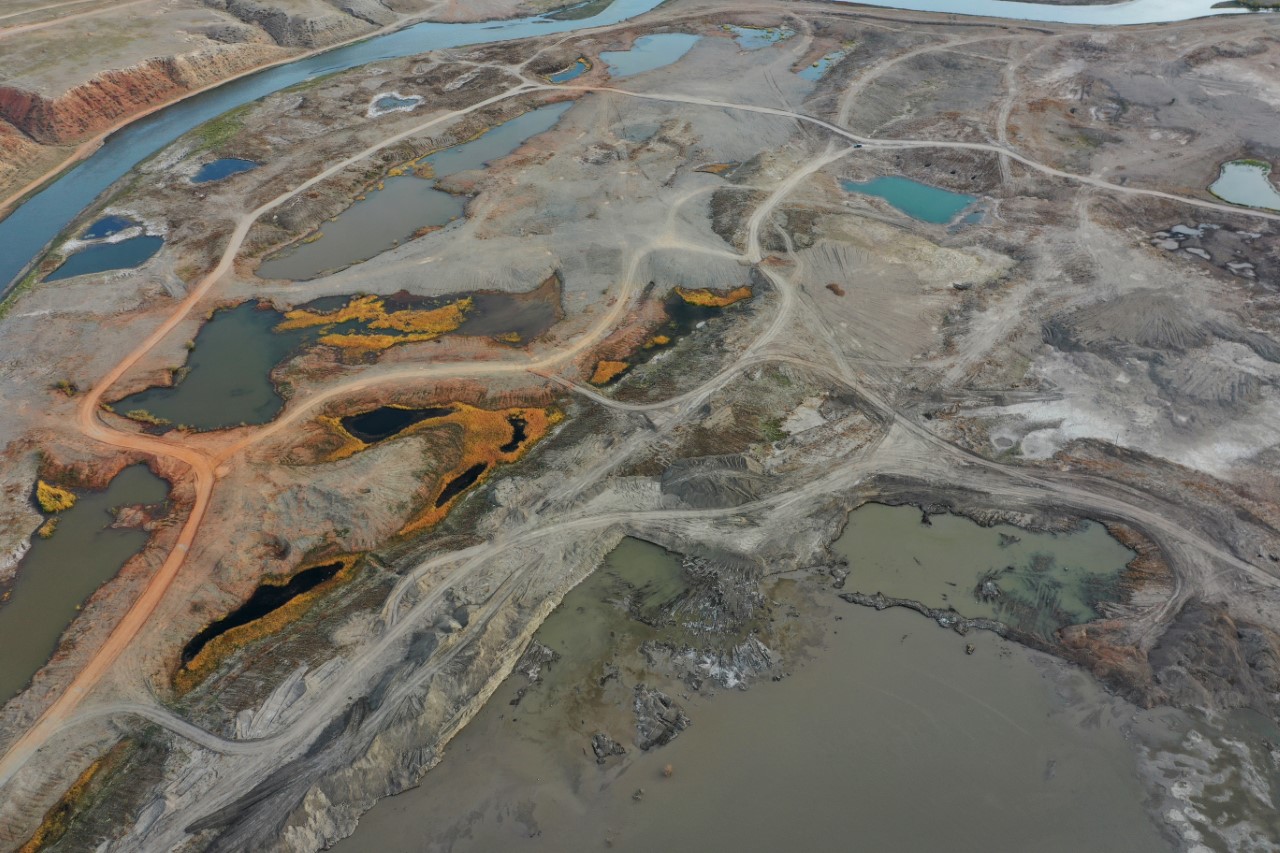 In 2015, with support from STRIPE’s Mongolian partners, local civil society organizations used WRI’s toolkit to support residents across Erdenetsagaan and three other communities affected by mining to advocate for strengthening and enforcing pollution laws. These organizations began by helping residents understand Mongolia’s environmental and mining laws, including policies that require officials to disclose environmental information and to consult the public before issuing mining licenses.

Communities then used the toolkit to collect the data they needed to identify the legally mandated actions that government authorities had failed to take. With this information and continued capacity-building support from STRIPE partners, they formed a broad, nationwide coalition to fight against mining pollution.

Together, members of the coalition used the toolkit to prioritize and then advocate for a wide range of changes: amendments to strengthen Mongolia’s national mineral and water laws, better enforcement of existing mining regulations and expanded access to environmental information. Their efforts successfully pushed officials to revoke licenses from companies who repeatedly violated Mongolia’s laws, and in Zaamar, one of the four mining communities, coalition members successfully renegotiated the agreement between communities and the mining companies to secure funding for local development priorities, including initiatives to support small businesses, build new housing, plant trees and protect families from the dust.

Another affected community compelled local authorities to hire a local community leader to monitor mining companies and report violations to the national government. While these steps forward cannot undo the environmental degradation that mining has already inflicted upon these four communities, they can help protect residents from future pollution.

These successes from Mongolia showcase how effective an environmental rights-based approach to combatting pollution can be, and WRI’s toolkit is the first to focus on this challenge.

Citizens Can Help Safeguard the Environment

Enabling poor, marginalized communities – those both literally and figuratively distant from those with power – to define and advocate for their own solutions can spark lasting gains, while also equipping local residents with the knowledge and skills they need to continue pushing for change long after project cycles end. By learning how to effectively make their voices heard, citizens can become a powerful, productive force for good, helping governments ensure that everyone has the opportunity to live a safe, healthy and pollution-free life.

This decades-long fight against pollution also serves as an important reminder to policymakers around the world — particularly those designing COVID-19 recovery packages to reduce endemic poverty and inequalities — that building back better will require targeted support to communities.

Political leaders must go beyond acknowledging the important role that communities can play in safeguarding environmental health to actually providing the tools, finance and resources that citizens need to define and advance locally led strategies.