In Pasig City, Philippines, southeast of Manila, there's an apartment complex with whitewashed walls and colorful trim. It's an unassuming set of buildings, but a globally important one.

The Manggahan Low Rise Building Project is a climate-resilient building, meant to withstand the flooding and sea level rise becoming more common in this part of the world. It houses hundreds of families that would have been displaced by Typhoon Ondoy. And it offers hope to millions more.

Each year, about 21.5 million people are forcibly displaced from their homes due to weather-related events. This number is expected to grow considerably as climate change fuels more floods, droughts, wildfires and other extreme weather. The Manggahan project shows one way communities who are socially, economically and politically marginalized can actively participate in decisions about how they adapt — and remain in the neighborhoods they call home. 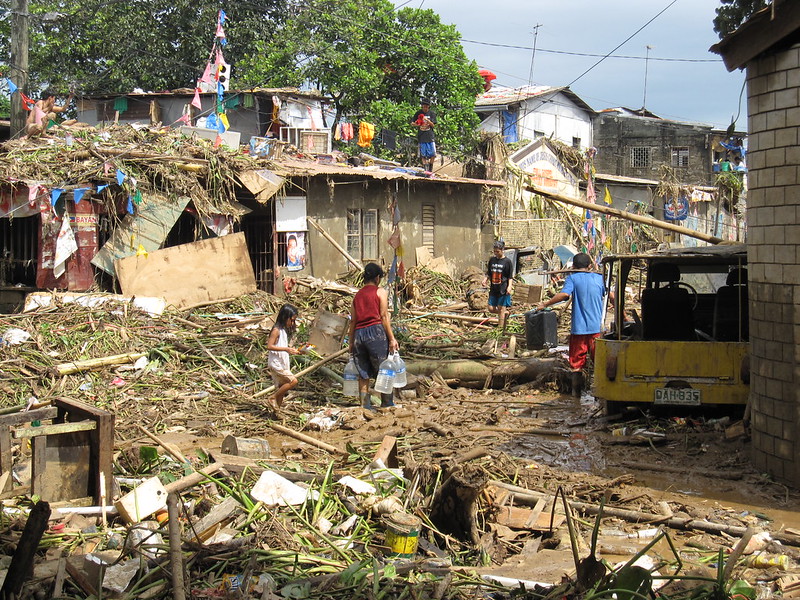 The aftermath of Typhoon Ondoy. Photo by AusAID/Flickr

When Typhoon Ondoy hit the Philippines in 2009, 40,000 people were living in informal settlements, or slums, along the Manggahan Floodway, an artificially constructed waterway built to mitigate flood risk. The typhoon dumped one month’s worth of rain in the Manila metro area in fewer than 24 hours. Lives, property and possessions were lost.

After the devastation, the Philippine government decided to relocate those living in informal settlements out of the floodway — some to locations as far as 60 miles away from Manila, which meant leaving family, jobs and schools behind. Authorities threatened to demolish homes if people did not evacuate.

The Alliance of Peoples’ Organizations Along Manggahan Floodway (APOAMF) formed in response. Led by people living in floodway-adjacent informal settlements, the group fought for the rights of families to housing and land, and to remain in their city.

“We believe in order to be a resilient community, the people should have the capacity to organize with government stakeholders,” said Bryan Carlo R. Teodosio, an organizer with the Community Organizers Multiversity, an NGO that partnered with APOAMF. “They need to be consulted at all levels.”

In 2010, APOAMF launched the People’s Plan, a community-based, participatory process to develop a housing alternative to eviction. The plan allowed Manggahan residents to plan a new apartment complex, not far from their original community. Residents worked with an architect and local and national government officials on the location — set on an embankment to reduce flood risk — and design. The complex features strong materials, thick walls and ceilings, elevated water tanks, and strategic placement of structural beams in order to make the apartments stronger and more flood- and typhoon-resistant.

APOAMF negotiated with the government and advocated at local, national and international levels before receiving official sign-off. Construction began in 2017. When complete, the project should have a total of 15 buildings with 900 units. So far, 480 families have moved into rent-to-own apartments. 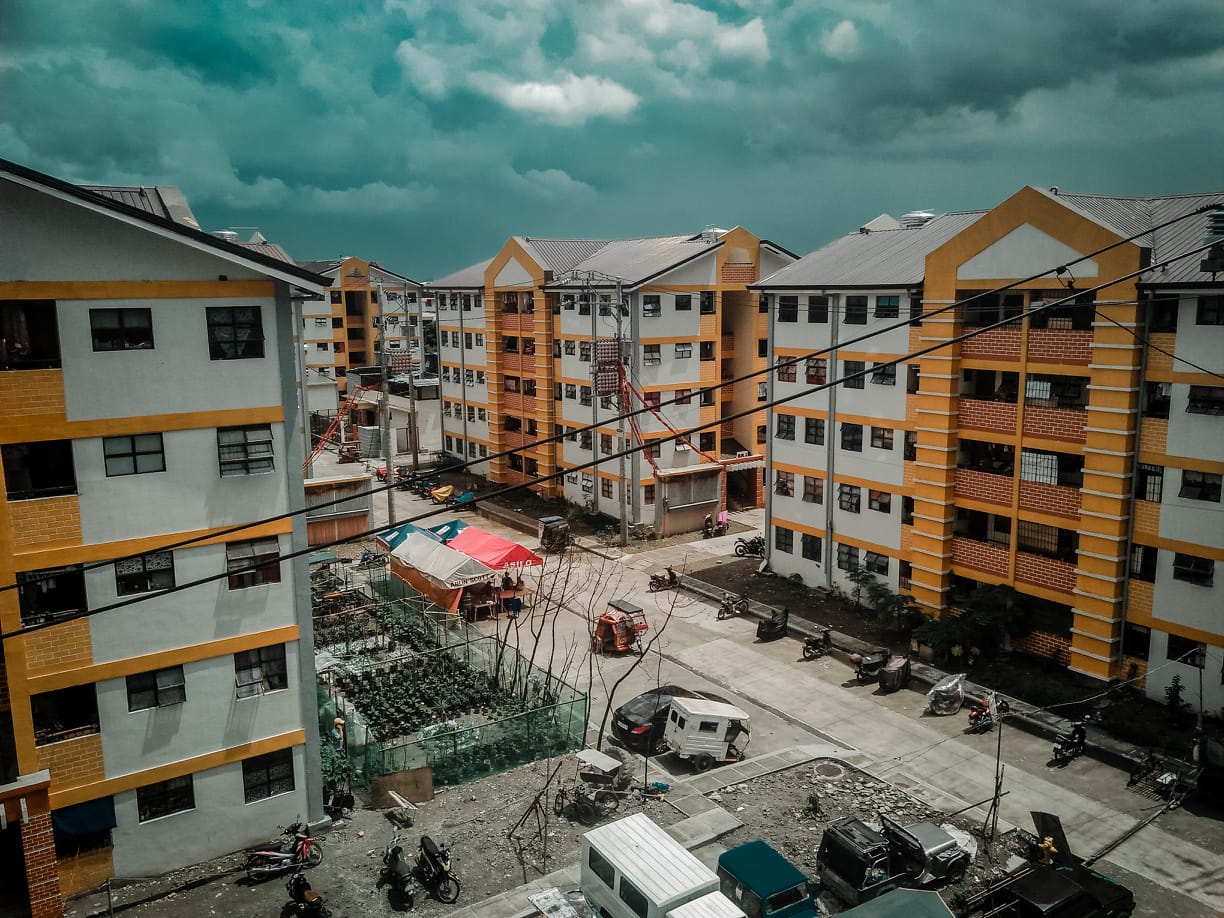 While Manggahan offers many families a chance to stay in Pasig City, the complex can’t accommodate everyone. Many people have already been relocated to cities over an hour away. Yet there’s still much that other communities can learn from the project.

Residents of informal settlements, around 1 billion people worldwide, are on the frontlines of climate impacts. Informal settlements often have poor (or nonexistent) basic services like electricity and sanitation. They are more exposed to natural hazards like flooding and heat waves. They’re usually left out of city-wide development plans. And, like many Pasig City residents, they’re often displaced or forcibly relocated post-disaster. 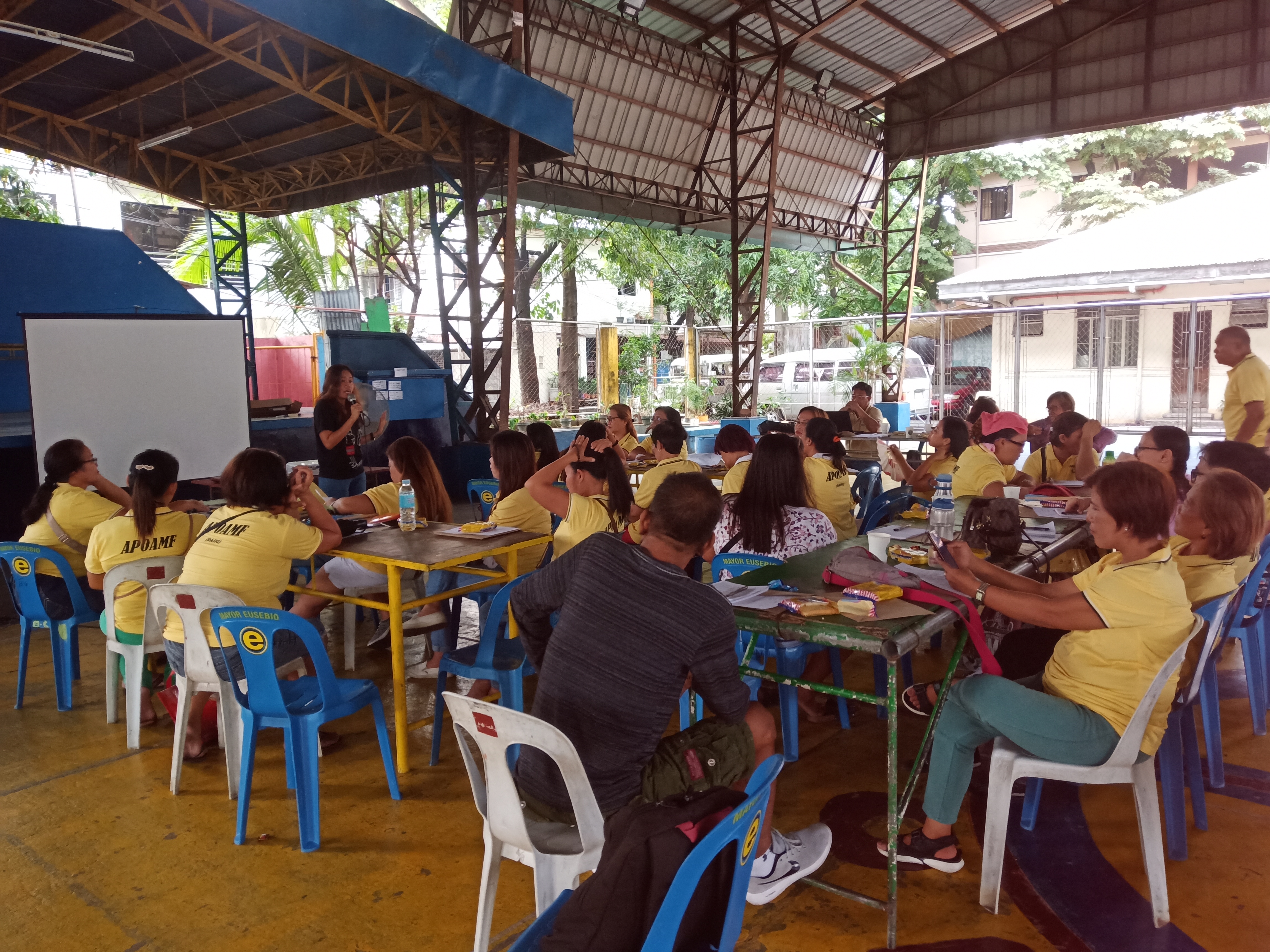 When governments work in partnership with people living in urban poverty — to co-create and scale adaptation solutions — it can help build the climate resilience of cities and individuals. The Global Commission on Adaptation’s Action Tracks on Cities and Locally Led Action are focused on these kinds of partnerships. The action tracks aim to empower and scale planning, implementation and learning from locally led adaptation, and to build the climate resilience of the urban poor by working with communities and civil society groups.

The People’s Plan can serve as a model for what happens when local actors take charge of ensuring their community’s resilience. Community members rallied around the project, creating a unifying vision with clear goals. Joint dialogues helped authorities and community groups co-create solutions and trust each other, fostering sustainable outcomes and laying the groundwork for future coordination.

“We believe we have to start where the people are,” says Teodosio. “But we do not want to end where they are. [We ask], ‘What is our envisioned community’?”