In the urban neighborhood known as Kosovo Village in Nairobi, Kenya, 95% of residents defecate in communal or shared facilities where untreated human waste drains directly into a nearby river. During a storm, fetid and polluted waters flood the riverbanks, drainage channels, and neighborhood paths, forcing residents to wade through. Lack of proper treatment also contaminates drinking water and increases the risk of disease. The houses in Kosovo Village are densely packed, compounding the risk of contamination from unsafe sanitation practices.

Other neighborhoods in the city rely on pit latrines for their sanitation needs. But even though these latrines are shared between smaller, specific group of tenants, and might be counted as "improved sanitation" towards the SDG goals, they still need to be properly emptied every few months—a service unaffordable to low-income households. It is easier for households to hire cheaper but unsafe manual pit latrine emptiers (who dump the waste somewhere else) or to not empty at all. So these too, often end up contaminating local water sources.

This predicament is all too common—and perhaps more dire than most in the urban development community recognize. A new paper in the World Resources Report, Untreated and Unsafe: Solving the Urban Sanitation Crisis in the Global South, shows that on average, almost two-thirds of human waste is unsafely managed, with access to safe sanitation lowest in cities of South Asia and sub-Saharan Africa.. For these households, sanitation services are too expensive and unsafe—and it's time for governments and city decision-makers to invest in long-term sanitation infrastructure and effective regulation. 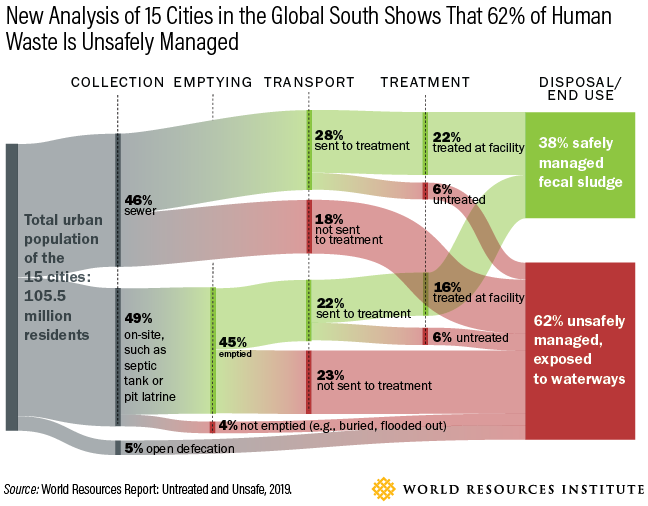 The Urban Sanitation Crisis Is Overlooked

Those numbers fail to capture the full extent of the problem. In line with the recent WRR paper on urban water access, widely used global indicators to monitor progress towards the UN's Millennium Development Goals (MDGs) and Sustainable Development Goals (SDGs) fail to capture everyday realities in cities. What is considered "improved sanitation" does not always work in densely populated urban settings. It includes on-site options that require space and consistent emptying. This places a huge responsibility for managing sanitation in the hands of households and transfers the cost of safely managing sanitation to households. This creates a public health risk—especially in cities where safely managed sanitation is not affordable for households. The indicators also emphasize access to a private sanitation facility, but in many cities in the global South the best option is high-quality shared sanitation where human waste is properly managed from start to finish. Policies devised based on these indicators have overemphasized approaches that are not always fit for cities in the global south.

This leads to a lack of attention to some promising areas. While many investors have given considerable attention to technological and market-based solutions, the fact that it is in the public interest that all residents have access to safe and affordable sanitation infrastructure and services is overlooked by urban policy makers working in this space.

A Snapshot of the Urban Sanitation Challenge 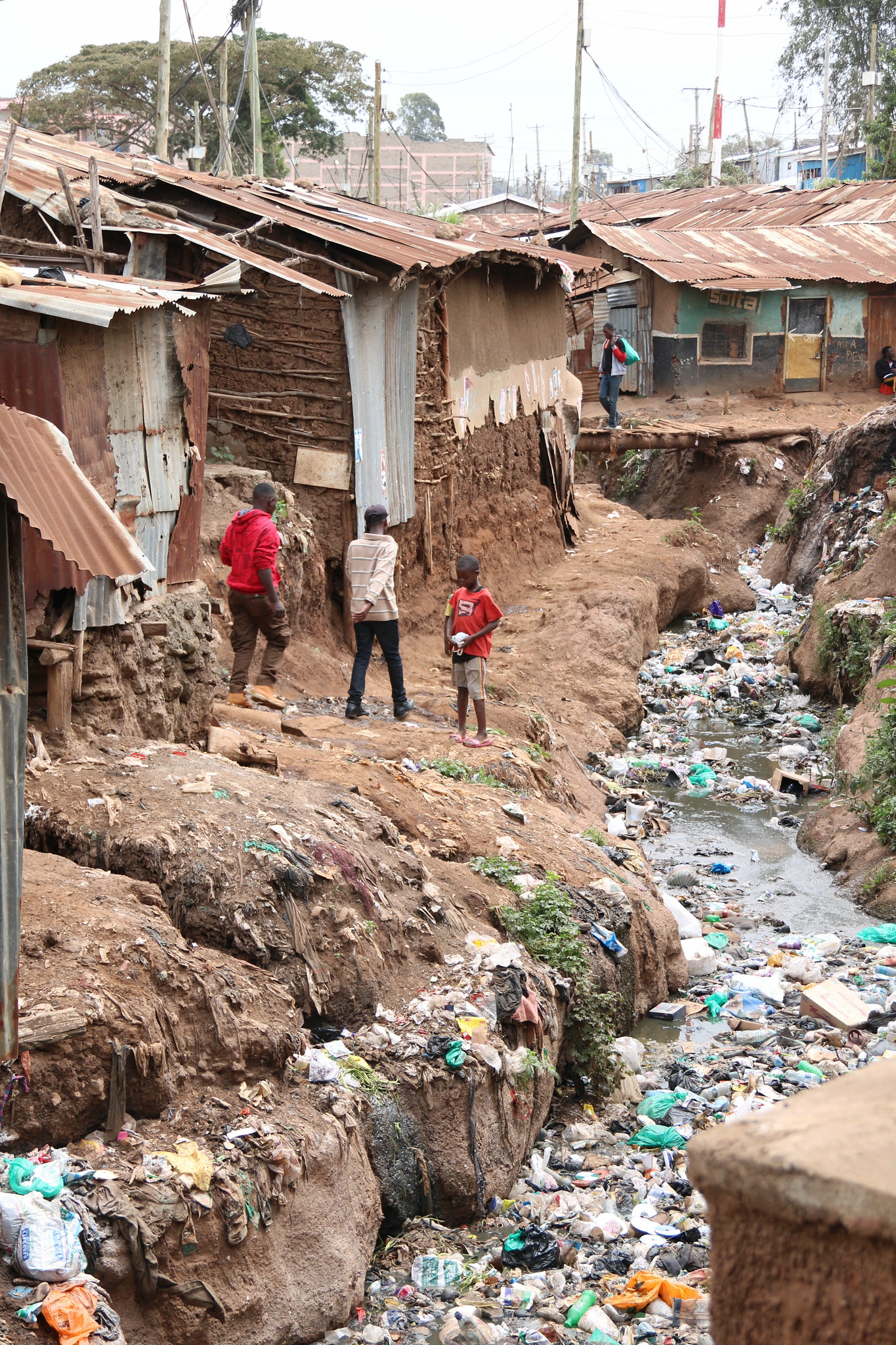 In our analysis of 15 cities in the global south, 62% of sewage and fecal sludge is on average unsafely managed.

Many of these cities use a combination of sewered and non-sewered sanitation approaches. Non-sewered options, like septic tanks and pit latrines, are particularly challenging in densely populated urban areas. In Dhaka, the most densely populated city in our sample, 75% of households rely on septic tanks, though many of these are not up to safety standards and leak, or are not emptied consistently enough. And, moving fecal sludge by truck requires appropriate regulations that are enforced, and this is often beyond the capability of local government and utilities.

Finally, income isn’t the only barrier: Households that rent are sometimes unable to access a sewer connection or construct private sanitation facilities, because landlords don’t want to pay for (and aren’t required to provide) these improvements. Moreover, when facilitates do improve, rents will increase and price out the lowest income households. Often the less expensive sanitation option for a household is a sewer connection; but because there is insufficient public investment in building and extending sewers, frequently there are no sewers available for households to connect to.

How to Leave No Behind Behind!

Right now, though, the money just isn't flowing towards public provision of urban sanitation services and infrastructure. Sewer systems in cities in the developed world were largely financed by their central governments, but many governments in the global South lack the funds necessary to make these large, upfront capital investments. Help isn't forthcoming from most international aid agencies and national development banks, which have given a low priority to loaning money for installing or extending sewers. As of 2017, sanitation-related funding made up only 3-4% of the annual budgets of development banks. Many countries committed to the SDGs report insufficient financing to meet water and sanitation targets.

For cities to provide well-regulated, affordable sanitation services, they need to plan for the long term and extend sewer networks to households and communal and public toilets. Until there is the political commitment to safe, reliable, and affordable sanitation for all and this capital investment is made, in the short- and medium-term cities need to support and regulate on-site sanitation options. None of this works unless sanitation services are affordable for low-income households. Informal settlements — which make up a majority of urban areas in the global south—also need to be prioritized and involved in the planning, policy, and implementation.

Solving the urban sanitation crisis will require investing significant financial resources in public sector infrastructure and building the regulatory capacity of local governments. No city can thrive without ensuring access to safe and affordable sanitation infrastructure and services for all its residents.